After the scare of his match against Albert Ramos-Viñolas, where he saved a match point to end up winning in five sets, Alcaraz found himself with the only player who has... 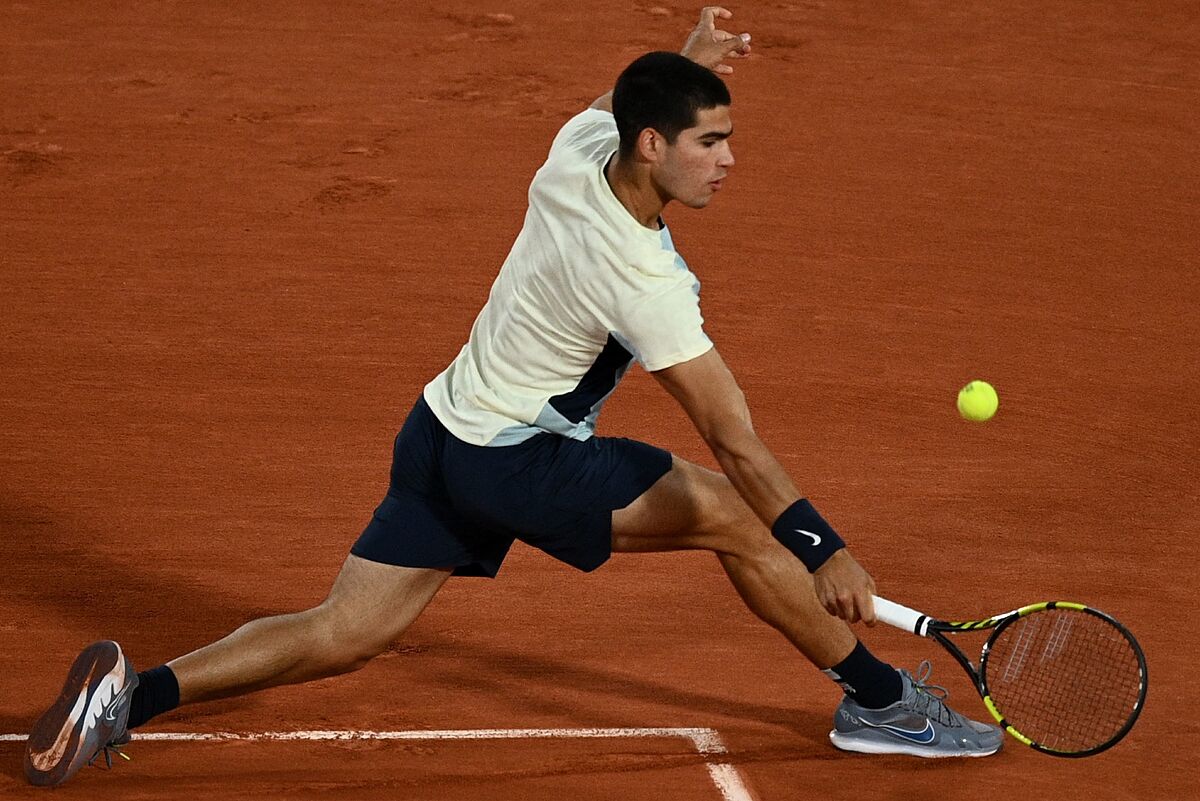 After the scare of his match against Albert Ramos-Viñolas, where he saved a

to end up winning in five sets, Alcaraz found himself with the only player who has defeated him on the clay court tour.

Sebastian Korda surprised him from the start in Monte Carlo, when the Spaniard was riding the crest of a wave, after winning his first Masters 1000 in Miami after having challenged Nadal in the Indian Wells semifinals.

It was his first match in the night session, a stage tailored to a player who enjoys great atmospheres

In a remarkable performance, he won 6-4, 6-4, 6-2, in two hours and six minutes, and will seek the quarterfinals this Sunday against the Russian Karen Khachanov, twenty-first favorite.

Alcaraz is the youngest in the round of 16 since Novak Djokovic did it in 2006.

Endorsed by his effectiveness with both the first and second serves, the Spaniard took the opening set thanks to an early break.

He is the American of Czech origin, a tennis player whose style is best suited to fast surfaces, although his only title was won in 2021 on the clay of Parma, although he also had a final that same year in Delray Beach.

The four titles conquered this season, the victories against Nadal, Djokovic and Zverev in Madrid that have allowed him to appear in Paris as sixth seed and even the added value of surviving a lethal threat against Ramos-Viñolas make him a player It no longer has the ability to surprise.

Korda, 21, grew up with him and saw him beat him last year at the Junior Masters.

Twenty-seventh in the world, his growth has not been much less comparable to that of Alcaraz.

The Florida player had two balls to take advantage in the second set, but it was he who gave up his serve again.

The match was attractive, a reflection of tennis that is already here.

Korda hit hard and raised on every ball.

Alcaraz replied with his usual freshness, joy and speed.

The American saved five set points on serve in the ninth game.

It was not a problem for Carlitos, who took advantage of the seventh, already with his serve, thanks to a long backhand return from his rival on the second serve, after executing three consecutive times serve and volley

Korda created three more balls to get back into the fight in the second game of the third set, but again saw the door slammed shut.

His sentence came when he gave up service in the fifth.

Neither his good attitude, nor his aggressiveness nor his nine aces gave him enough to face a reborn Alcaraz, who meets the expectations generated in this course of his outbreak.