The first match between Korean and Japanese baseball superstars, Ryu Hyun-jin and Ohtani. Pitcher Hyun-jin Ryu defeated Ohtani, who also served as a batting player, to win his second win of the season. 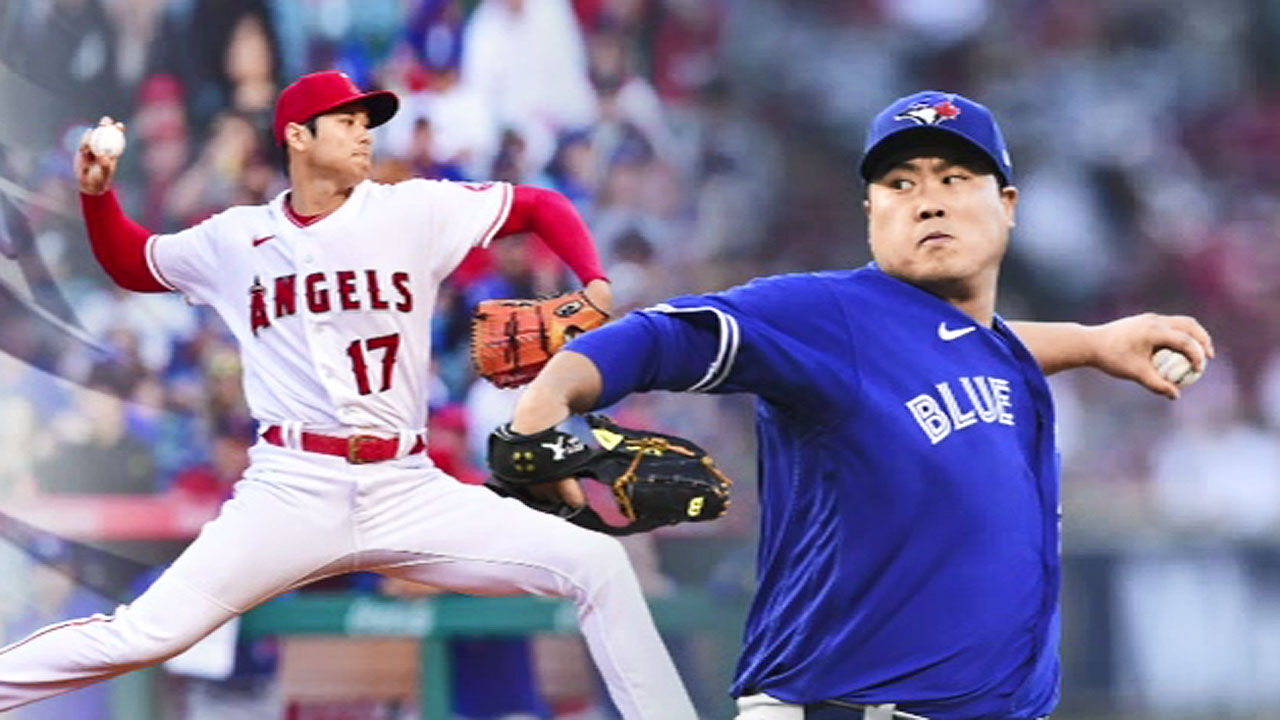 Ryu Hyun-jin and Ohtani, the superstars representing Korean and Japanese baseball, met for the first time.

Pitcher Hyun-jin Ryu defeated Ohtani, who also served as a batting player, to win his second win of the season.

[Many fans are looking forward to this showdown.

Ryu Hyun-jin and Ohtani warmed up side by side in a heated interest, and then played their first historical match.

Ryu Hyun-jin gave up a walk in the first inning against Ohtani, who was a hitter in the third, but in the third inning, he induced a second-base ground ball in the first ball in a one-out 1-3 base crisis, and in the fifth inning, after catching two strikes with exquisite corner work, his main weapon He induced a fuss swing with an in changeup and took the only strikeout in the match today (27th) and won the two-hit match.

Hyunjin Ryu took the lead even on the mound.

Ryu Hyun-jin conceded two points with three misses in the three innings, but he blocked Trout, the 'best hitter in the world', with no hits in three at-bats and survived until the fifth inning without conceding.

On the other hand, Ohtani, who had a top speed of 156 km/h, was upset by the Toronto line.

In the first inning, Toronto's leading hitter Springer hit a solo home run, and in the third inning, Espinal and Bisht added three points with just-time hits in a row.

In the 6th inning, Guerrero Jr., who had an MVP competition with Ohtani last year, hit a solo home run, putting the wedge in Ryu Hyun-jin's 2 wins and Ohtani's 3 losses.

It is the first time in 16 years since Kim Byung-hyun in 2006 that Korea and Japan have won a match against starting pitchers.

[Hyunjin Ryu/Toronto: I thought that Ohtani was only dealing with a batter, and since it was his first encounter, I prepared it with the thought that it would not be a big hit, but I think I was able to prepare a foothold for the team to win.]

Hyunjin Ryu suffered from mild elbow pain. He felt that he threw only 65 and was replaced.