Real Madrid is already in France, although not in Paris. The white team's expedition, led by Florentino Pérez, took off at a quarter past four in the afternoon this... 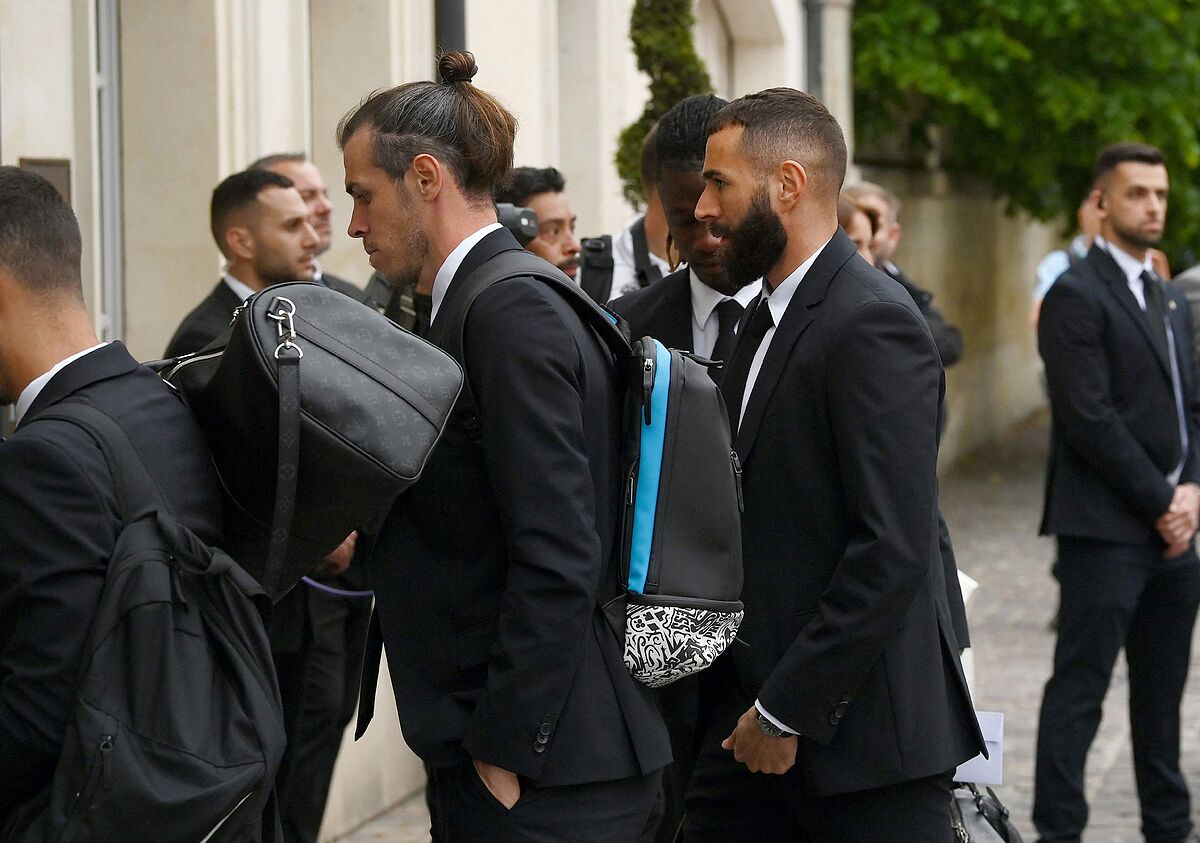 The white team's expedition, led by

, took off at a quarter past four in the afternoon this Thursday from the

and landed two hours later at the

airport , north of the French capital.

From there, a bus transported them for half an hour even further north, to the gates of the luxurious '

', the hotel attached to

that Madrid has booked in its entirety for this weekend.

An incomparable setting, 40 kilometers from Paris, 45 minutes by bus from the

, surrounded by gardens, away from the noise of the big city and in the

covers 7,800 hectares, while the mansion has been owned by four families for centuries:

"Always surviving the ravages of time and war", they admit at the hotel, which bears the name of the famous '

', a sport over a thousand years old that is related to Basque pelota.

The 'Chantilly Jeu de Paume' was commissioned in 1757 by

Maximum relaxation for the Madrid squad to reflect calmly until Saturday night.

"It costs me more. I'm calm, but without sleeping,"

They are some of the footballers who won the three consecutive Champions Leagues.

is already resting in Chantilly

, a novelty in Carlo Ancelotti's call for the grand final, so there is not a single absence on the list.

The Welshman, who scored in

and was one of the best in the final in

, will experience his last game as a Real Madrid player.

It will be the coach's decision if one of the five changes is him, in a fight with

, but the British, having overcome his back pain, would be "ready" to play the last minutes of the duel

, in the 2018 final, that he made his last big game for Madrid, flying in for a historic overhead kick and surprising

with a long shot.

A double that still weighs on the reds.

"I am very motivated by what happened in the last final," said

, who cries out for "revenge" for the appointment four years ago.

Madrid, who trained this Thursday morning in

, will do so on Friday afternoon at the

, at half past seven.

Earlier, at a quarter to seven, Ancelotti and two players from the squad will appear before the media.

Liverpool, meanwhile, will set foot on the French lawn at half past five.

All 24 hours before the third continental final between the two.