Rosengård champion in the Swedish Cup after a controversial goal

Rosengård wins the Swedish Cup 2022. Stefanie Sanders became a hero in the overtime against Häcken - but the question is whether the decision should be counted? - It does not look like the whole ball is in, says SVT Sports expert Nazanin Vaseghpanah. 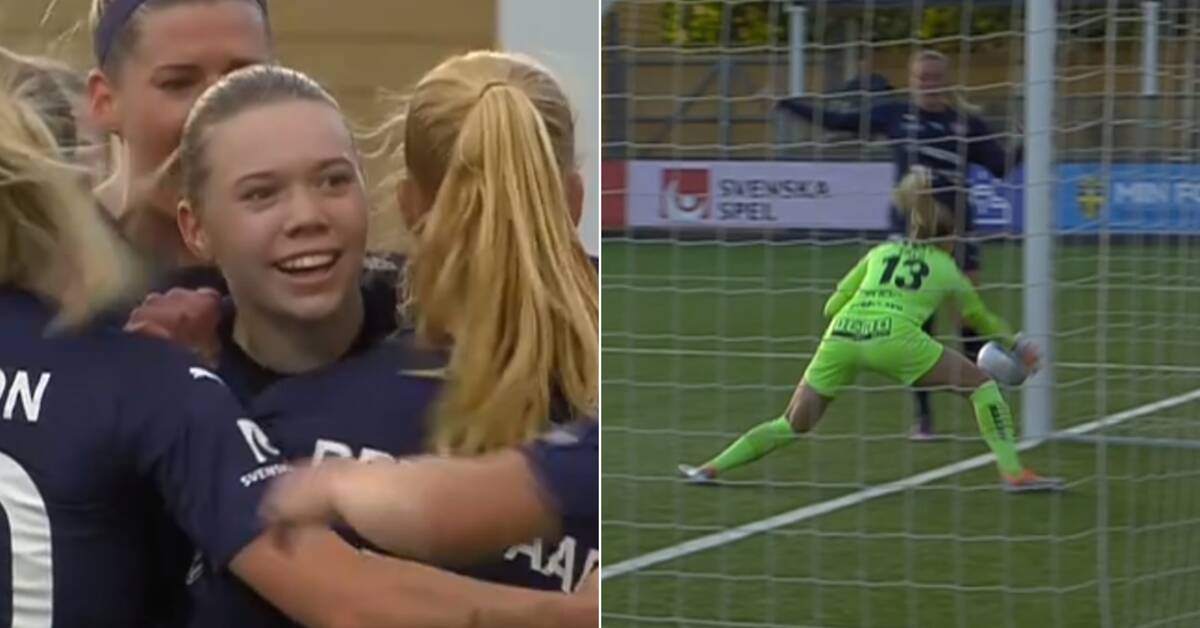 With ten minutes left in extra time, German Stefanie Sanders stabbed in 2-1 for Rosengård in the final of the Swedish Cup.

Several players in the opposition Häcken were furious at the goal.

Whether the ball was over the goal line or not was difficult to see.

- It is very difficult to decide with these pictures.

But I do not think it looks like the ball is in, says SVT Sports expert Nazanin Vaseghpanah.

The goal was decisive in the final of the Swedish Cup and Rosengård became champion.

It was Häcken who took the lead after a goal by Johanna Rytting Kaneryd.

In the second half, Bea Sprungh equalized.