Gabriel Landeskog and his Colorado had the semifinal spot in the Stanley Cup as in a small box when they led 3-0. Then the away team equalized St Louis - at the last minute of the match. In the end, it was an extra time victory 5-4 for the guests, which reduced to 2-3 in the quarter-final series. 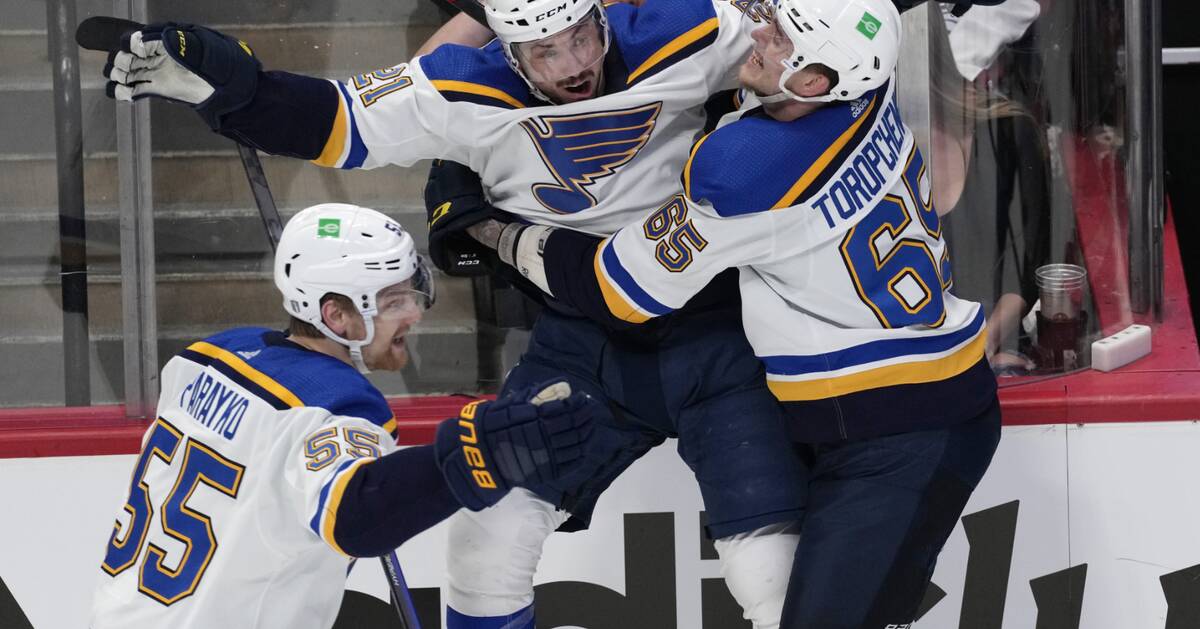 - We dug deep and did not want the season to be over.

We got some important goals at the end and I was lucky to decide in the long run.

It was awesome and I am expectant for the next game, says Tyler Bozak who decided 3.38 into the sudden according to NHL.com.

Before the fifth quarterfinal meeting, Colorado was 3-1 in games against St. Louis and it was time for a fourth decisive victory and semifinal celebration at home at the Ball Arena in Denver.

It also started in the best way for the winners of the regular season in the NHL's Western Conference.

"Did not tie the sack"

Canadian Nathan MacKinnon scored two goals in the first period and team captain Gabriel Landeskog followed up with 3-0 at the beginning of the middle period, when he poked in a shot from Devon Teows.

It was Landeskog's sixth playoff goal of the season.

- We played really well in the first two periods.

It was even in the third and obviously they showed desperation on a completely different level than before which one could expect.

They played for their survival and we did not tie the knot, says Landeskog.

But St. Louis played for its survival in the Stanley Cup and came back.

With three straight goals in just over 20 minutes, it was equalized with just under five minutes left of the match.

Then Nathan MacKinnon looked to come to Colorado's rescue with a phenomenal solo show across the rink, which ended with his third goal of the evening.

There were 2 minutes and 46 seconds left of regular match time and with the score 4-3, the home crowd celebrated as if the semi-final place had been saved.

But oh how wrong they were.

St Louis took out the goalkeeper and with 56 seconds left and with six outfielders, the guests managed to equalize once again.

Goals in the long run

St. Louis then slipped on the success and just over three minutes into overtime, Canadian Tyler Bozak pounded in the winning goal 5-4 with a hard shot from the blue line.

He was embraced by overjoyed teammates - in front of an astonished and very quiet home crowd.

This means that St. Louis reduces and that it is 3-2 in matches to Colorado, which has another chance to advance to the semifinals when the teams meet in St. Louis, the night before Saturday Swedish time.