Benzema chases Ronaldo and threatens Lewandowski in the Champions League

French star Karim Benzema, Real Madrid's top scorer, has an opportunity to write history and overtake Ronaldo and Lewandowski against Liverpool in the Champions League final on Saturday. 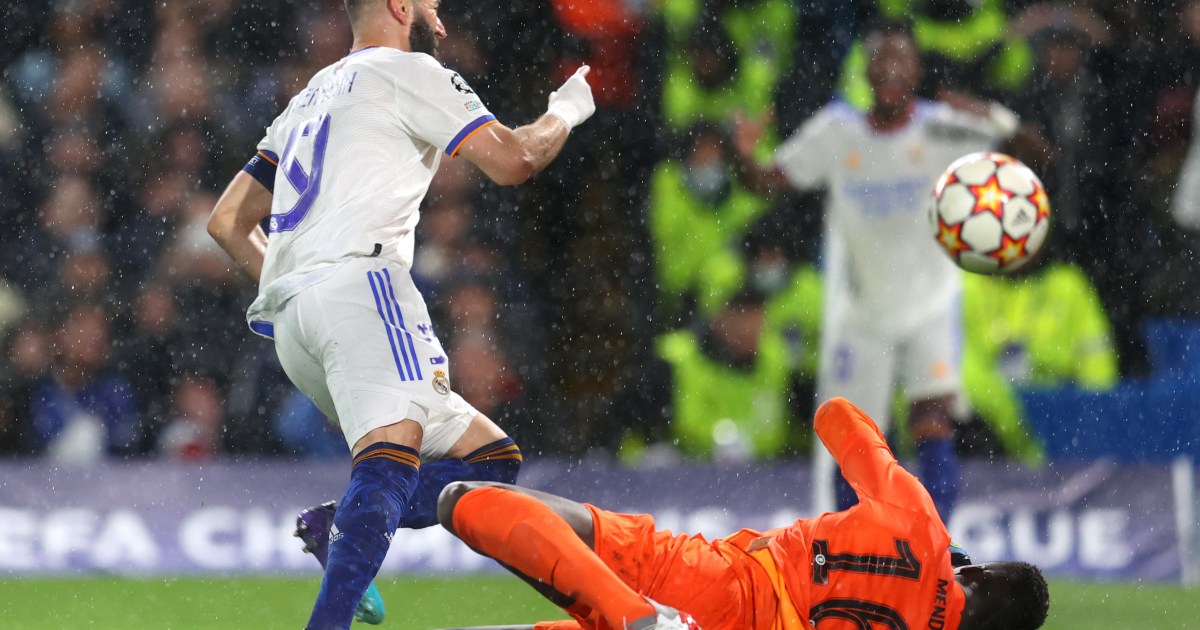 French star Karim Benzema, Real Madrid's top scorer, will be on a date with writing history if he manages to score more than two goals against Liverpool when the two teams meet in the Champions League final on Saturday.

And if Benzema scored 3 or more "hat-trick" goals against Liverpool, he would surpass the Portuguese star Cristiano Ronaldo's record number of goals scored in one copy of this league (17 goals).

The French striker currently has 15 goals scored this season in the Champions League, making him the top scorer in the tournament, equaling the number of Polish striker Robert Lewandowski as the third highest scorer in the history of this league with 86 goals.

By scoring 15 goals so far this season, Benzema equaled the number of Ronaldo and Lewandowski when they scored the same number of goals in the 2017-2018 and 2019-2020 seasons, respectively.

The Real Madrid captain managed to score a hat-trick in one game twice this season in the Champions League, which came against strong teams such as Paris Saint-Germain and Chelsea during the playoffs in the tournament, and this makes the hypothesis of scoring a hat-trick against Liverpool possible, but very difficult.

This season, Benzema is witnessing a remarkable brilliance with his team, Real Madrid, as he led him to achieve the Spanish League and topped the list of scorers in it with 27 goals. He also led Real Madrid to the Champions League final with his decisive goals in the playoffs matches.