When Eden met Mo: "Hazard was unstoppable, Messi level, and Salah was going through a very difficult time"

On January 1, 2015, Jose Mourinho's Chelsea played a large part of their options at the old White Hart Lane, Tottenham's stadium. He came with a three point advantage over... 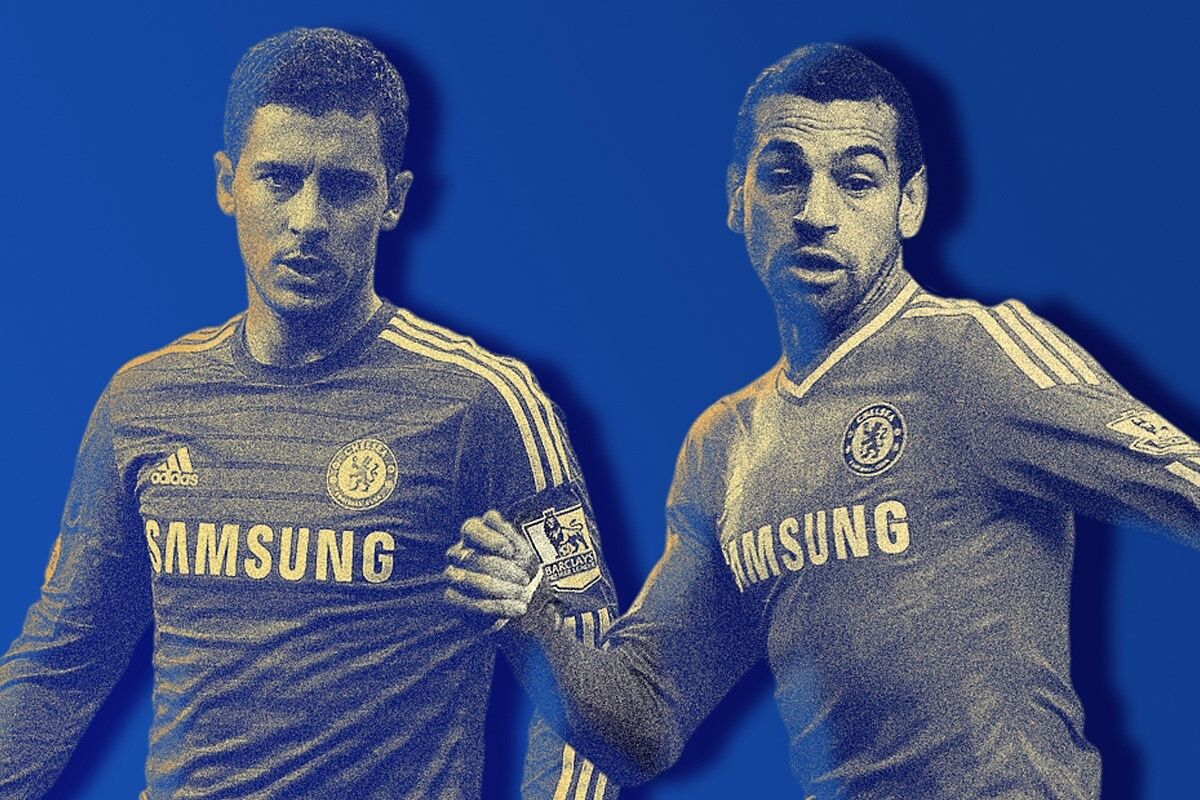 played a large part of their options at the old

They arrived with a three-point lead over

and needed a good result to maintain their lead.

For this reason, when

the 4-2 that brought the Blues closer on the scoreboard after a horrible first hour, Mou looked at his bench and bet on a

who had hardly had any chances during the first third of the course.

And on that grass, defeat through Eden Hazard and

they shared the same jersey for the last time.

Seven and a half years after that afternoon in London, Hazard, born in

, and Salah, born in

, cross paths again, this time in a

for the Belgian and the

A surreal and totally unexpected fact for anyone who had seen a Chelsea game during that season.

Eden almost only won that Premier

He was a great team, with Costa, Cesc... But Hazard was the best.

, starter on the left side of

«What surprised me most about him when I arrived is that he didn't force himself to be the best, it came naturally to him.

He always chose the best move, which is the most difficult.

ease with which he haggled

was not an effort for him.

He surprised me very much.

He had a very natural and fun way of playing football.

I saw in him what makes the

different to make a champion team », he adds.

Hazard, the best in the Premier

at the time, scored

in the 38 games he played in the Premier League 14-15, and added three goals and three assists in the seven Champions League in which he participated before falling in the round of 16 against PSG.

He won the title

in England, took home the award for

best player of the season

eighth in the Ballon d'Or

Meanwhile, Salah left on loan to

in the 16 games he played in

A good performance that caught the attention of

, who requested his loan for the following season.

"He was going through a very difficult time at Chelsea.

He arrived, played good games, but was not a fixture in the eleven.

He trusted his talent so much that he didn't give a damn about going to Fiorentina.

He left because he thought he needed to play and say: '

You will see who I am

That confidence made him succeed," reflects the Brazilian defender.

Salah's explosion: "He had that inside him"

In the Italian capital, the Egyptian exploded, including a great performance against Madrid in the Champions League round of 16.

in two seasons and 'forced'

«The key for him to explode was his confidence in his own football.

It was seen that he was a player with a lot of potential, but without confidence.

He had that inside of him.

When a player has that personality,

you have to let him play and let him succeed

In just a few months, Salah, discarded from Chelsea, overcame the starry distance that separated him from Hazard, who won the Premier again in 2017, and placed himself in the media at his level.

He led Liverpool to the

in his first season in England, took

sixth in that season's Ballon d'Or

the Silver Ball in Russia

2019 would be even harder for the Belgian, who sought glory at the

that he had not achieved in London.

were still, five years later, his best result in the highest continental competition.

Something very scarce for one of the footballers called to dethrone

Madrid and the legacy of Ronaldo's '7' sounded good to go up to the altar of Europe.

You already know the story, Hazard has lived the last three years between injuries and

Salah has won the 2019 Champions

League, the 2020 Premier League and has not dropped out of the

in the last three editions.

203 goals of the Egyptian against the 67 of the Belgian

since 2015, which will cross on the grass of the