14 years have passed since the last title. But after 1-0 in the Conference League final against Feyenoord, Roma can finally claim the title again. 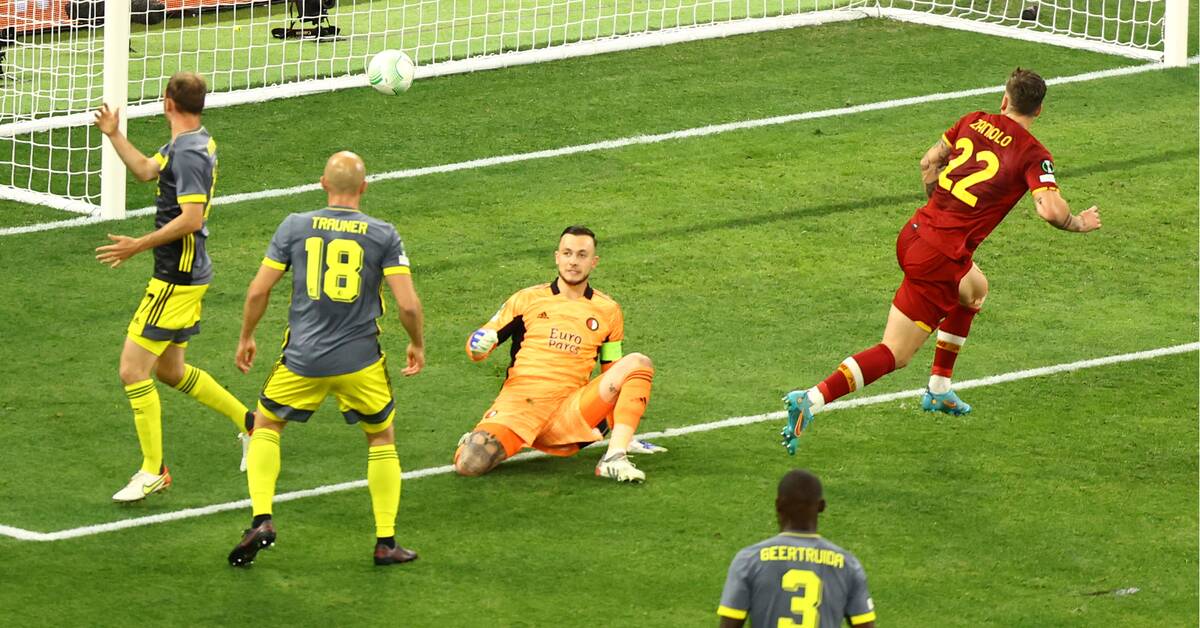 Since then, 14 long years have passed without the club being allowed to celebrate a title.

But now that wait is over.

On Wednesday night, they defeated Feyenoord 1-0 in the Conference League final in the Albanian capital Tirana.

The only goal of the match was scored in the 32nd minute after Gianluca Mancini hit a fine cross that Nicolo Zaniolo picked down on his chest and then poked over the advancing Feyenoord goalkeeper Justin Bijlow.

A lead they had to work hard to maintain.

In the beginning of the second half, it was really close to an equalizer when Mancini happened to control a Dutch corner variant right in his own post and just over four minutes later Rui Patricio in Roma's goal was forced to stretch really far after Tyrell Malacia tested with a hard, pressed shot from distance .

After that, Feyenoord continued to push for a 1-1 goal, but after the fine chances at the beginning of the second half, it had been desperately difficult to create some really hot situations.

Feyenoord's Swedish midfield talent Patrik Wålemark had to jump into the 88th minute but it did not help either and after five minutes of extra time, the Roma players were finally able to stretch their arms in the sky and celebrate the club's first European title of all time.