Just a few minutes after knowing the decision of the Electoral Board of Granada to endorse the candidacy of Macarena Olona as head of the VOX list for Granada, the... 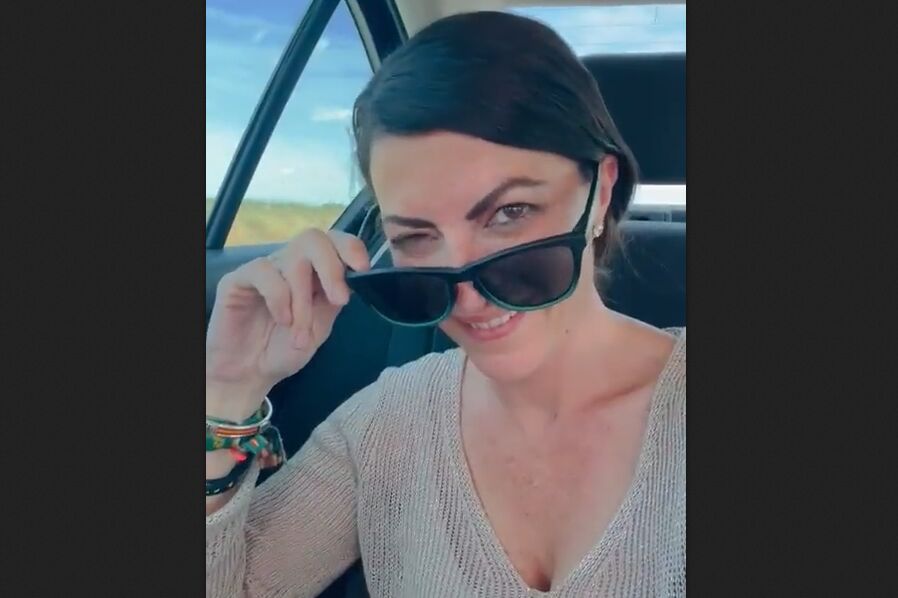 as head of the

list for Granada, the Alicante deputy sparked controversy on Twitter by publishing a video that revealed a

offense committed by herself.

In the video, which only lasts five seconds, Olona is seen traveling in the back seat of a car

without using the regulatory seat belt

, an offense that is considered a serious offense, according to the General Traffic Regulations (RGC), and is sanctioned with a

The video, in which Olona takes off her sunglasses to wink at the camera while Chanel's song

The recording, which is accompanied by a concise message from Alicante politics ("The Macarenazo is coming"), has been his way of celebrating the decision of the Granada Electoral Board to

as head of the VOX list for Granada, validating their

registration at the Salobreña Town Hall

The tweet with the video of Olona without a seat belt has provoked the reaction of thousands of Internet users.

Many have made the traffic violation ugly for the 43-year-old State lawyer and politician, while some

for not using her seat belt.

They ask that it be sanctioned with the corresponding fine of 200 euros.

, "the driver and the occupants of the vehicles will be

obliged to use, duly fastened

, the approved seat belts, both when driving on urban and interurban roads".

a serious or very serious offence

campaign of the DGT

to monitor the use of the seat belt, carried out between April 4 and 10, the agents of the Traffic Group of the Civil Guard (ATGC), and of the local and regional police that joined the campaign, detected

of drivers or passengers who did not use the seat belt.

Almost half of the reported offenders were

The DGT constantly reminds us that the seat belt is

also essential in the rear seats

, since in the event of a frontal impact, for example, the probability that an occupant of those seats fatally hits another passenger in front can be up to 8 times greater.

Without seat belts and at 80 km/h, passengers in the rear have no way of holding on and are

thrown against those in front

with a force equivalent to hitting a 1,200 kg ball at 10 km/h, which could kill or seriously injure the occupants of the front seats.