The confrontation of Al Dhafra and its guest Al Orouba at 18:15 pm today at Hamdan Bin Zayed Stadium, at the opening of the last round of the ADNOC Professional Football League, writes the final chapter of the two teams’ attempts to avoid the fate of the Emirates team, which was officially relegated to the first (amateur) League. 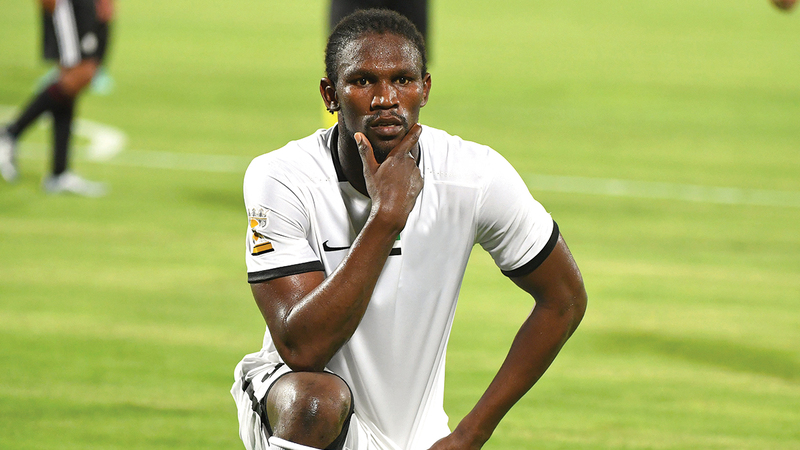 The confrontation of Al Dhafra and its guest Al Orouba at 18:15 pm today at Hamdan Bin Zayed Stadium, at the opening of the last round of the ADNOC Professional Football League, writes the final chapter of the two teams’ attempts to avoid the fate of the Emirates team, which was officially relegated to the first (amateur) League.

The owners of the land have two chances to win or draw with any result to ensure survival, while the visiting team has no choice but to win only to avoid relegation, and the conditions of the two teams are similar before today’s match, as they are both equal in scoring 24 goals, while Al Dhafra excel with the least reception For goals, as he shook his net on 36 occasions, compared to 55 times for Arabism, but today's confrontation will put an end to this convergence between the statistics of the two parties.

Senegalese Makhiti Diop and Bahraini Ali Mudon are considered the lifeline for Al Dhafra and Al Orouba to resolve matters at the level of the result, as they are the most experienced and influential in the two teams' march in the league this season.

Diop scored six goals in 24 matches in which he participated in the Al Dhafra squad, compared to seven goals for Ali Madin during this number of matches. The Senegalese star has great experience in the UAE League, which started since the 2012-2013 season, with the Al Dhafra shirt, which witnessed his brilliance over five seasons, Before moving to Al-Ahly youth in the 2016-2017 season.

Diop entered the history of the UAE League through the wide door, scoring 109 goals, including 89 goals in the Western Fares shirt.

For his part, Ali Mudon achieved great success in his first appearance in the ADNOC League, coming to Al Orouba from the Bahraini Riffa ranks, so that the international player became the focus of more than a local club that requested a contract with him at the beginning of next season.

The coaches of Al Dhafra, Moroccan Badr Al-Din Al-Idrisi, and Al-Uruba, Tunisian Fathi Al-Obeidi, showed a strong imprint in the difficult times that the two teams experienced, especially in the last meters of the competition. The past did not disappoint the hopes that were hanging on him, so he managed to lead his team to win seven points by beating Khorfakkan 4-1, and Ajman 3-0, and drawing with Ittihad Kalba 2-2, to move his team temporarily away from the specter of relegation by eight points from Al-Orouba before The 21st round of the competition, but Fathi Al-Obeidi, managed to correct the path of Arabism in the last five rounds and managed to collect eight points by drawing with Khorfakkan and Al-Wasl, with a score of 1-1, and winning over the Emirates with a goal without a response, and against Baniyas 2-1, to reduce the difference to Only three points, which revived his hopes of survival, after he was the most prominent candidate to land with the Emirates.

The owners of the land enter the confrontation with complete ranks, according to what was announced by the team coach, Badr Al-Din Al-Idrisi in the press conference the day before yesterday. We are ready for today's match, and we hope luck is with us.”

The same applies to Al-Uruba, who regained the readiness of all his players from a medical point of view, and the technical staff preferred to travel to the capital, Abu Dhabi, to go to a closed camp two days before the match, in an attempt to increase the players’ focus more on the confrontation and study the opponent’s style, amid detour and great administrative support from club officials and a company football.

Al-Obaidi stressed during the pre-match press conference that his team is at the height of its technical and physical readiness, and its players have full focus to achieve everything that is required in that match and preserve its place among professionals.

Loneliness awaits the gift of the eye

Al Wahda is waiting for a gift from Al Ain to finish the league in the summer, as the victory of "Al Annabi" over Al Nasr in the match, which will bring them together at nine in the evening at Al Nahyan Stadium, is no longer enough to return to second place.

Al Wahda occupies third place with 54 points, two points behind runner-up Sharjah, who will meet the leader in the last round of the ADNOC Professional League.

Al Annabi needs to win against a loss or a draw for Sharjah in the last round to regain second place.

Al-Wasl’s motives in front of the “bigger” island

Al-Wasl’s motives differ with Al-Jazira in the match that will bring them together at nine in the evening, in the last round of the league championship.

The emperor needs to win to settle for sixth place without looking at the results of his rivals Al-Nasr and Ajman at that stage of the tournament.

Al Wasl is currently ranked sixth, one point behind Ajman and Al Nasr, while Al Jazira will enter the match without major goals, as the result of the match, whether positive or negative, will not affect its presence in fourth place, which it occupies with 45 points.

Al Dhafra has two chances to win or draw with any result to ensure survival among the seniors.