Announce the disbandment before the start of the Chinese Super League! Don't let the Chongqing team come to this in vain 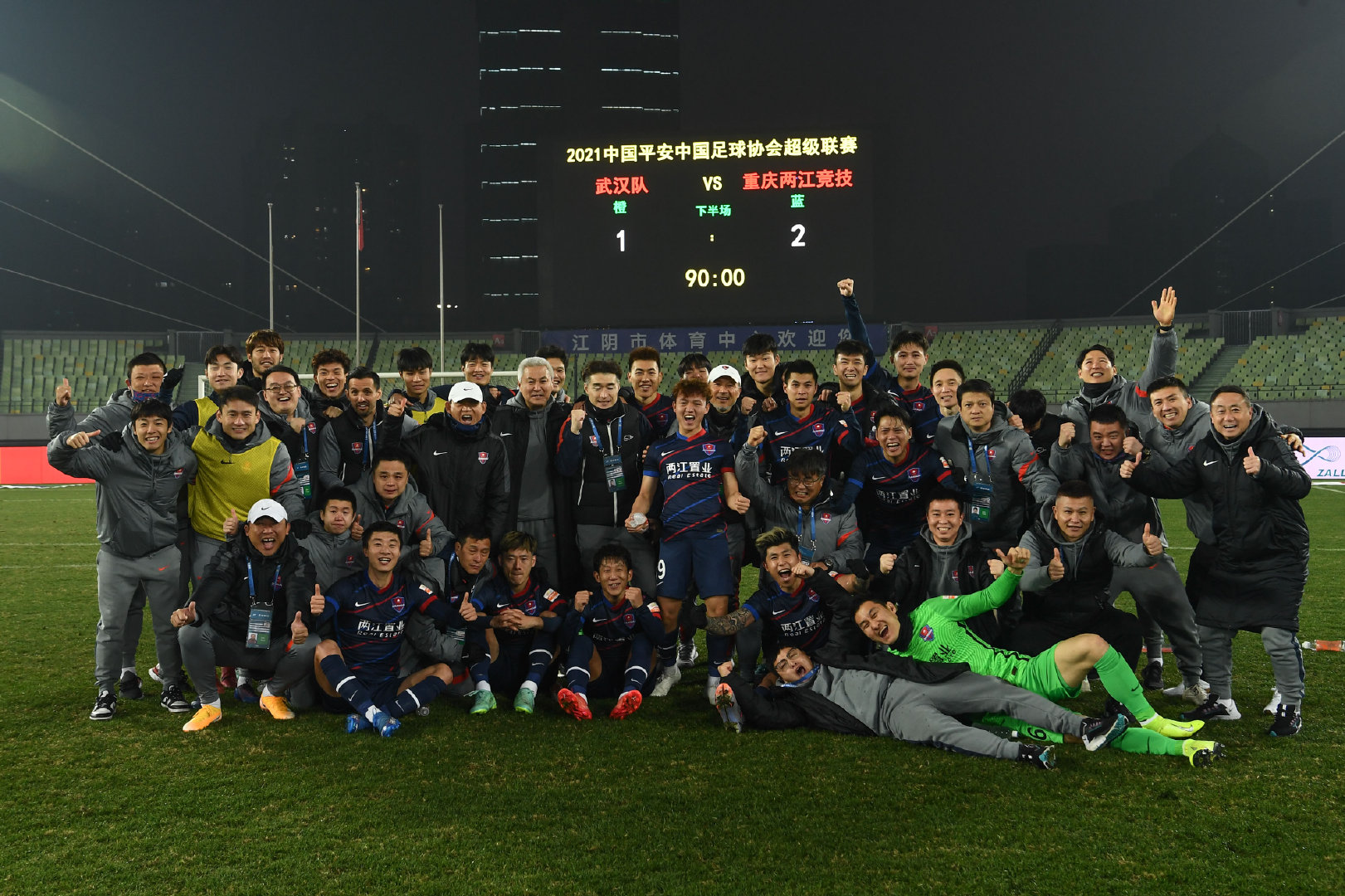 The new season of the Chinese Super League will start on June 3, but Chongqing Liangjiang Athletic Club will not be able to survive this day.

On the 24th, the Chongqing team internally issued a notice on withdrawing from the Chinese Super League and suspending operations.

Decided to withdraw from the Chinese Professional Football League and disband the team.

This is the third consecutive year that a Chinese Super League club has withdrawn after Tianjin Tianhai in the 2020 season and Jiangsu team in the 2021 season.

In the case of arrears of wages throughout the year, Chongqing Liangjiang Athletic will stubbornly avoid relegation in the 2021 season.

When it comes to the Chongqing team, this is a team that is representative enough in the Chinese football landscape: a hot football market, unyielding tenacity, authentic Chongqing flavor, and creative posters...

Compared with the wealthy Guangzhou team, Hebei team, Shandong Taishan and other teams in the "Golden Yuan Era" of the Chinese Super League, the Chongqing team exists in another way.

The team's local team is based on Sichuan and Chongqing players, and the introduction of foreign aid is simple and practical, bringing Caldek, Adrian, "Big Moto" Fernandinho, "Little Moto" Fernando to the Chinese Super League. down-to-earth" player.

As a "civilian team", the Chongqing team has lived a wonderful life.

Not only limited to Chongqing fans, but for many Chinese fans, this is also a lovable team.

But unfortunately, even such a club cannot escape the fate of running out of money.

A recent update on the official Weibo of the Chongqing team.

According to the internal notice of Chongqing Liangjiang Athletic Football Club on withdrawing from the Chinese Super League and suspending operations, the club has been heavily in debt due to the impact of the epidemic and the development model of the football industry, and is unable to maintain operations.

The previous open letter posted by all staff of Chongqing Liangjiang Athletic Football Club on social media shows that the team has been in arrears of wages in the past three years, and the longest period of arrears has reached 16 months. Most of the club employees are difficult to maintain normal. Life.

In order to reduce the pressure on clubs to repay their debts, coaches and players even expressed their willingness to voluntarily give up their arrears of wages before April 30, 2021.

An open letter to all employees of Chongqing Liangjiang Athletic Football Club.

Before the start of the 2021 Chinese Super League season, the Chongqing team also faced the current situation. In the case of arrears of wages throughout the year, they still completed the relegation.

But salary arrears is not a long-term solution. Before the start of the 2022 season, this 25-year-old team has reached the end of its fate.

In January of this year, the scene of all the soldiers of the Chongqing team who had been relegated and cried together became the swan song of this team.

After completing the relegation, Chongqing coach Zhang Wailong knelt down and cried.

From the collective "death" of 14 clubs, including the "Ten Champions" Liao Football in 2020, to the departure of 6 teams including the Chinese Super League defending champion Jiangsu team in 2021, the exit tide of Chinese football has been numbing. .

But until now, when I see the names of Liaozu, Jiangsu, and Yanbian teams, it still makes me sad.

In addition to the Chongqing team that has withdrawn now, they have all fallen into the quagmire of Chinese football's "post-Jinyuan era".

Under the heavy historical debt, even a team with a deep tradition and a mass base cannot bear it.

On the same day, Liao Football lost to Shanghai Greenland Shenhua 1:4 at home and bid farewell to the Chinese Super League with a fiasco.

The Liao Football and Jiangsu teams are not the last teams to fall in the post-Jinyuan era, so is the Chongqing team.

For a long time to come, domestic professional football clubs will still be in debt crisis.

How to digest debt and how to enhance the self-hematopoietic ability of football clubs is still a major problem at this stage.

This is not a problem that can be solved overnight. It requires practitioners to follow the rules of football, as well as enough love and hard work.

I hope that in a few years, when the new Chongqing team and the new Jiangsu team come back from scratch, they can draw lessons from the development of football.

In this way, it is not in vain for those old teams that have disappeared to come here in vain.