7 foreign players "disappointed with their clubs" in the professional league

Seven foreign players have failed to present themselves well in the ADNOC Pro League this season, despite the announcement of the strength of deals during their signing, and pre-talk that they can lead their teams to compete for the championship title, and a large number of these players have become on top 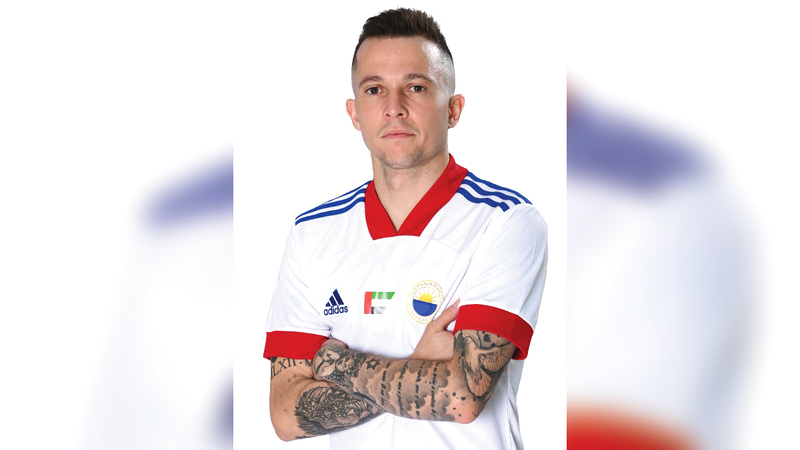 They did not deliver what the audience aspired to

7 foreign players "disappointed with their clubs" in the professional league

Seven foreign players have failed to present themselves well in the ADNOC Pro League this season, despite the announcement of the strength of deals during their contract, and the advance talk that they can lead their teams to compete for the championship title, and a large number of these players are on the verge of leaving with Season finale.

A number of clubs tried to choose distinguished players this season, but they were not successful in the beginning, and they failed to sign other foreigners in the winter transfer period, because of the contracts concluded with these players, especially since some of them found last season, and it was renewed for additional seasons, However, they failed their boards of directors.

Emirates Today monitors them as follows:

Sharjah player, Brazilian Bernard, who contracted with Sharjah to replace his compatriot Igor Cornado, who moved to the Saudi Jeddah Federation.

Bernard appeared at the beginning of the league wonderfully, before gradually disappearing, and did not make the big difference expected of him, as Igor was doing before his departure, as Bernard played with Sharjah 21 games in the League and the Professional Cup, during which he scored only three goals, and got five Yellow cards and one red.

The Algerian player of French origin, Mehdi Abeid, appeared with Al-Nasr team last season in a wonderful way, when he signed with the team in the winter transfer period, which made the previous board of directors tend to renew his contract with the player for a longer period, but he did not appear at the required level, and he missed For many matches due to injury, he played only 13 games this season with Al-Ameed, in which he did not score goals, and received two warnings and a red card.

Shabab Al-Ahly player, Iranian Mahdi Qaidi, joined the team with an advertising campaign indicating that the player will be the successor to the talented Omar Abdul Rahman (Amouri), and that he is able to appear differently, and lead Al-Ahly youth, and the start was strong against Sharjah, by scoring two great goals, but he quickly What disappeared to return in large periods to the bench.

Al-Wasl player, the Brazilian Ramiro Benti, was not up to the level of ambition, and he did not make a strong addition to the emperor’s midst despite his constant presence in the matches, as he played 25 matches with the team, and did not miss any meeting in the league, but unfortunately he did not succeed in proving himself strongly, Despite scoring two goals with Al Wasl.

The drop in the level of Serbian defender Milos Kozanovic, with Al-Jazira, caused the team to be unable to maintain its title, despite scoring five goals, but missing six matches, which certainly affected the Al-Jazira defense line, which was the strongest of the lines last season, and this caused Al Jazeera won the league title.

Al-Nasr player and Cape Verdean national team, Ryan Mendes, disappeared from his team significantly and influential this season, after he presented with him two wonderful seasons, but he disappeared significantly technically, and this appeared strongly as the player was one of the main and influential elements of the past two seasons, as soon as his level fell, the Dean was greatly affected, He came out without trophies.

The Congolese Sharjah striker Ben Malango did not provide enough returns for the Sharjah team to lead it to the competition for the league title since the beginning of the season, despite his strong start, but he was not influential, and at the same level in all matches, and the audience compared him to the deal of Moroccan Al Ain player Sufian Rahimi, because the players are coming To the UAE league from Morocco's Raja Casablanca, but Sofiane led his team to crown the league title after an absence of 4 seasons.