Roland-Garros: Nadal, Williams, Federer... Where are the big names in tennis?

Djokovic, Nadal, the Williams sisters... All the heavyweights on the circuit are not housed in the same boat between poor form, end of career and quest for new trophies. On the occasion of the launch of the 121st Roland-Garros in history, review of the different gondola ends of the little yellow ball. 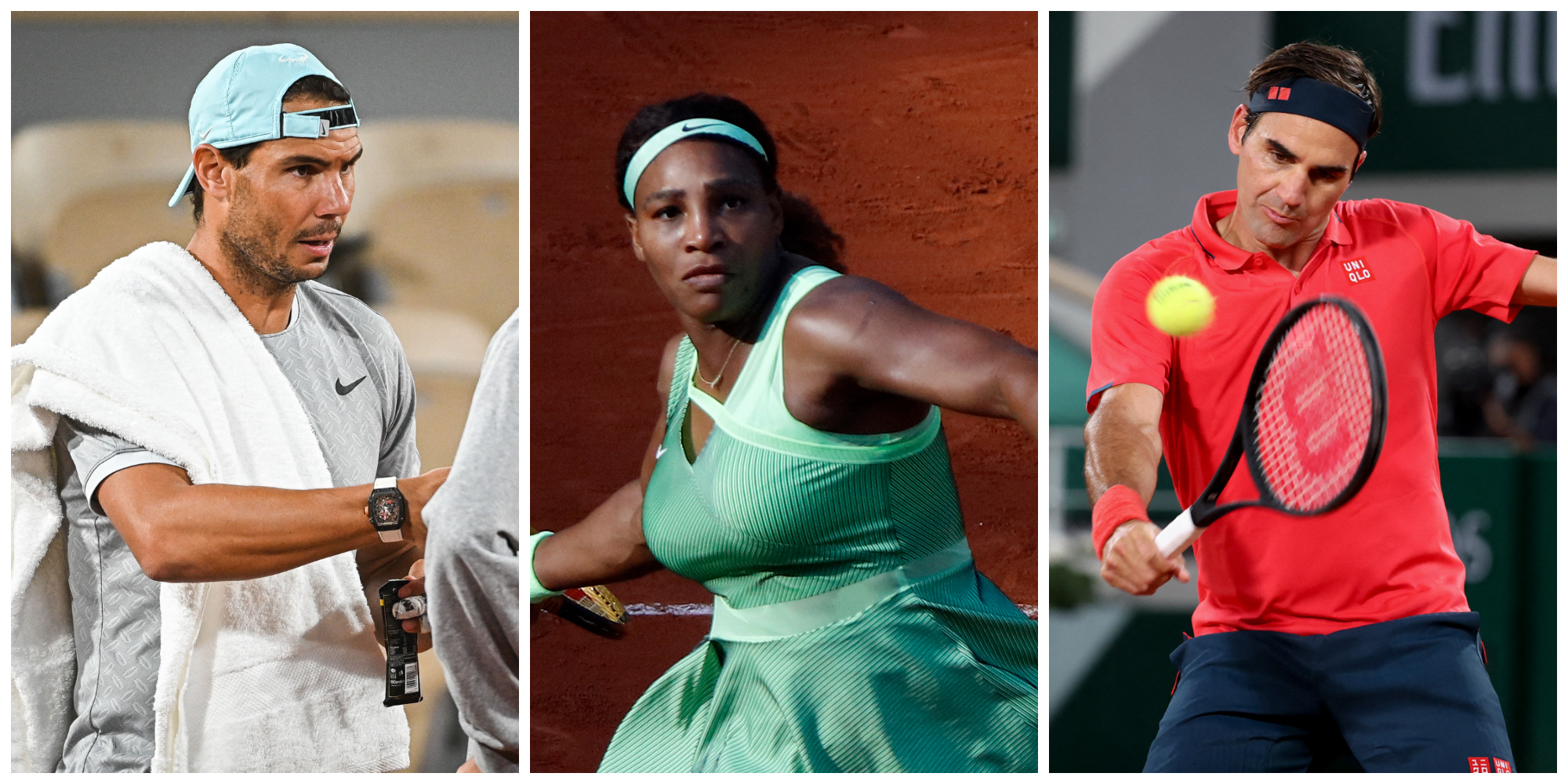 Djokovic, Nadal, the Williams sisters... All the heavyweights on the circuit are not housed in the same boat between poor form, end of career and quest for new trophies.

On the occasion of the launch of the 121st Roland-Garros in history, review of the different gondola ends of the little yellow ball.

Roland-Garros, its packed aisles, its celebrities in the stands... but above all its stars on the courts.

Since 1891, the French Open have been used to seeing the biggest stars of world tennis.

Several of them left their mark on the tournament and intend to continue their domination on Parisian clay.

Others, on the other hand, have lost their luster of yesteryear, or even completely hung up their racquet.

Overview of the forces present.

(34) still occupies the place of world number 1 despite a turbulent start to the year.

Excluded from the Australian Open for having refused the anti-Covid-19 vaccine, the defending champion at Roland-Garros took time to regain his feelings.

But he finally seems to find his tennis.

Winner last Sunday of the Masters 1000 in Rome, he confirmed his good disposition on clay, a few days after his semi-final in Madrid, another tournament on ochre.

He remains in the race for a 21st Grand Slam success, as much as the master of the place,

- Roland-Garros 2022: what to remember from the draw for the main draws

It is precisely the latter that Djokovic could meet in the quarter-finals at Porte d'Auteuil.

Of 21 major tournaments won, Nadal won more than half at Roland-Garros (13).

Despite its 35 springs, it is naturally one of the favourites, as it does every year.

The Mallorcan, however, remains handicapped by an extremely painful left foot which made him suffer after his elimination at the Masters 1000 in Rome a few days ago.

His participation in the great Parisian raout is not compromised but seeing him lift the Silver Salad Bowl on June 5 remains more than hypothetical.

On the other hand, Nadal's historical opponent,

The Swiss, down to 46th in the world, is still recovering after right knee surgery in 2021. Winner of Roland in 2009, the one described as immortal is inevitably approaching the end of his career.

Murray and Wawrinka at the end, Thiem weighed down by injuries

This observation also applies to

Despite 46 titles on the list, including three Grand Slams, the Scot no longer has the weapons to compete with the very best.

After an almost white year 2020, Murray seemed to be heading for retirement, but he finally continued his career and even returned to the top 100. However, he chose to skip this Roland-Garros, probably to better prepare for the season. on grass, his favorite surface.

In Paris, the public also remembers

Back in the fore after a round of 16 two weeks ago in Rome, the Swiss is starting this Roland-Garros 2022 but will not be able to claim victory.

Down to 257th place, he is slowly recovering from an operation undergone in June 2021. He could cross paths with Nadal in the second round.

As for the Austrian

(28), twice finalist at Roland (2018 and 2019) and former world number 3, but who tumbled to 194th place after injuries, the adventure already ended this Sunday.

Among the ladies, although the young

A far cry from the days when American

dominated the competition head and shoulders.

The most successful player in the history of her sport, triple winner at Roland, she hasn't stepped on the courts for almost a year.

At 40, the one who was the subject of the Netflix documentary film

with Will Smith, could make her comeback at Wimbledon in early July.

, also a former world number 1, will only miss her second Roland-Garros since 1997. Aged 41, the end of her career is fast approaching.

Quite the opposite of

38th in the standings, she seems to be gradually overcoming her mental health problems and will try to get past the third round, her best result at Roland.

They, on the other hand, have already triumphed in Paris.

lifted the trophy in 2017 and 2019. The first will be there but could meet Iga Swiatek in the eighth.

Enough to compromise his chances of a third Grand Slam title.

The second still occupied the place of world number 1 a few months ago but decided, to everyone's surprise, to end his career.