Son Heung-min, the first Asian to be the 'EPL Top Scorer' "The trophy I dreamed of" 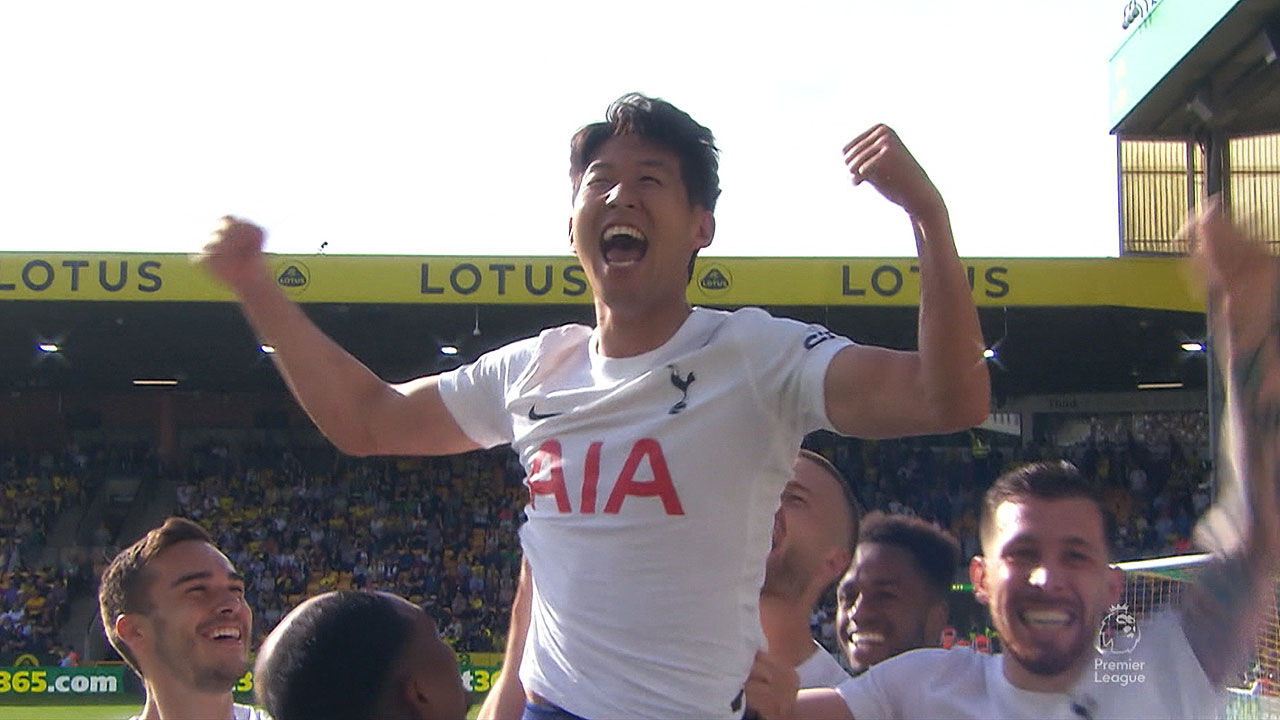 Son Heung-min, who is chasing Liverpool's Salah, who is the top scorer by one goal, has been active from the beginning, but has hardly created a scoring opportunity.

Tottenham took a 2-0 lead in the first half thanks to consecutive goals from Klusevsky and Harry Kane, and Klusevsky scored another goal in the 19th minute to make it 3-0.

And in the 25th minute of the second half, Son Heung-min finally opened the scoring.

He scored the 22nd goal in the league with a right-footed shot from the ball poked by Moura.

Then, five minutes later, he beat a defender from the left side of the penalty area called Heung-Min Son Zone and shook the net once more with a picturesque right-footed kick shot.

Son Heung-min, who scored the 22nd and 23rd goals, cheered with clenched fists in the warm congratulations of his teammates.

Heung-Min Son and Salah, who scored a goal against Wolverhampton, eventually became the joint top scorer. Heung-Min Son is the first Asian player to win the top scorer in the Premier League, which is considered the best stage in Europe.

Unfortunately, the solo scorer was defeated, but Son Heung-min scored 23 goals only with field goals without penalty in the league this season,

proving once again that he is one of the best strikers in the world.

Tottenham Hotspur, who won 5-0 thanks to Son Heung-min's performance, had the joy of securing 4th place and qualifying for the European Champions League.

Son Heung-min smiled brightly as he received the golden boots given to the top scorer at the awards ceremony after the game.

[Son Heung-min: I am so happy that I can't believe that I have the top scorer trophy I dreamed of as a child.

I would like to thank my colleagues and coaching staff who helped me a lot.]

Heung-min Son, who had the best season, plans to join the national football team at the end of this month and play in Bentuho's evaluation matches including Brazil.