The 2022 edition of Roland-Garros opened on Sunday in a festive atmosphere. After two years marked by health restrictions, the return to normality pleases the regulars of the… 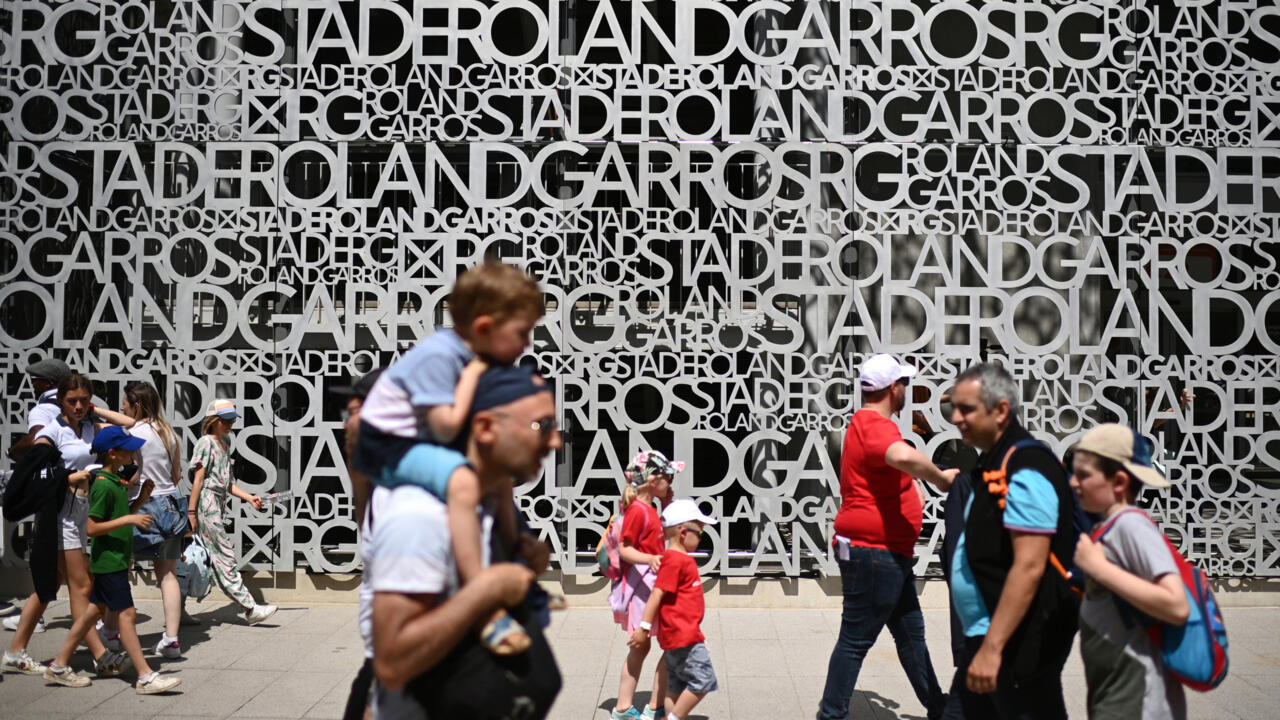 Smiles are back at Roland-Garros.

Hidden for two years by masks and disturbed by health restrictions due to Covid-19, the teeth of tennis fans are in no doubt about their pleasure to be back at Porte d'Auteuil, for the French Grand Slam tournament.

For many, there is no question of missing a minute, even if it means waiting to enter the complex from 10 a.m.

A quick photo with the statue of Rafael Nadal, 13 times winner on Parisian clay, and it's already time to get organized to optimize your day.

Claire and Delphine, 26, are two regulars at the Paris tournament.

They are even in “their 5th or 6th edition” and Claire has even worked for the tournament for a year.

Both describe themselves as 'team Nadal'.

"We're happy to be back", they confide, while the two friends were among the unlucky ones who had their tickets withdrawn during the previous edition due to the introduction of strict gauges.

In 2021, the Parisian tournament had known everything: restrictive gauges limiting the arrival of the public, a curfew which prevented spectators from staying until late in the evening for the "night sessions", and finally it had been the first event French to experiment with the implementation of the health pass.

The two Picardies wouldn't miss the tournament for anything in the world: "We're in the mood, we can see the players up close, we try to get pictures with them… And we see a few matches too", smiles Claire, already anxious to organize their passage Porte d'Auteuil as well as possible to meet the players at the end of their training.

François, 27, is far from having the experience of the two young women.

For the neo-Parisian, this is a great discovery: "It's big, it's stylish, the infrastructures are impressive", he lists, stars in his eyes.

"My whole family is a tennis fan. Me less, even if I have a lot of television memories associated with Roland-Garros. It's nice to be there in real life."

The young man came with Quentin, 26, who is also a novice at Porte d'Auteuil.

To his credit: only one Roland-Garros in the form of a school outing of which he has only "few memories".

The two friends hope to enjoy the day with their ticket giving them access to the Simonne-Mathieu court.

For them, the young Spanish phenomenon Carlos Alcaraz is a favorite.

>> To read also: who is Carlos Alcaraz, the new prodigy of Spanish tennis?

"Nostalgic for the old Roland-Garros"

The inexperience of François and Quentin contrasts sharply with the long history of Marc, 27, with the tournament.

The man who describes himself as a "passionate tennis player" has already experienced around twenty Roland-Garros as a spectator, the first dating back to 1991. This year, he came with his family: with his wife Aurélie, his son Camille and his nephew and godson Jean, who came specially from Bordeaux for his first tennis experience.

He is able to talk for hours about his fondest memories in the Parisian tournament.

"It's my first time. It's beautiful, it's impressive," said Jean, who is a fan of Nadal and Stanislas Wawrinka.

"Me, I love Tsisipas," adds his cousin.

Even if the whole family is unanimous on one name: Roger Federer – who will unfortunately be absent this year.

After missing the two "Covid editions", "two editions that left no trace", Marc takes a critical look at the evolution of the site and the tournament, started in 2011 and completed in 2021. During this decade of work , the surface area of ​​the site was increased from 8.5 to nearly 12 hectares A new court was inaugurated in the Auteuil greenhouse garden, the Simonne-Mathieu.

Finally, the vagaries of the weather are now mitigated with the possible coverage of the Philippe-Chatrier court, the central court with approximately 15,000 seats, thanks to a retractable roof that has been operational since last year.

However, for Marc, these works have also distorted the site a little.

"I'm nostalgic for the old Roland-Garros. Before, the courts were less imposing, it felt less crowded. The aisles were wider," criticizes the tennis fan.

"And on top of that, the prices are going up. We get less for our money."

Marc, an absolute tennis and Roland-Garros fan, came with his wife Aurélie, his son Camille and his nephew Jean.

He also regrets the disappearance of court n°1, a circular enclosure now replaced by the Jardin des Mousquetaires.

"It was the best court for me, with legendary matches. There were few people but there was an incredible echo and atmosphere," he laments.