“A man without flaws”: 85 years ago the author of the “golden” goal at Euro 1960 Viktor Ponedelnik was born

On May 22, the legendary striker Viktor Monday would have turned 85 years old. It was his goal against the Yugoslav national team in the final of the 1960 European Championship that brought victory and the only title to the USSR team. A native of Rostov-on-Don has been compared to Pele and Franz Beckenbauer for his ability to read the game and perform miracles on the football field. He left in 2020 after a long illness. In the memory of friends, the attacker remained a kind, honest and intelligent person. 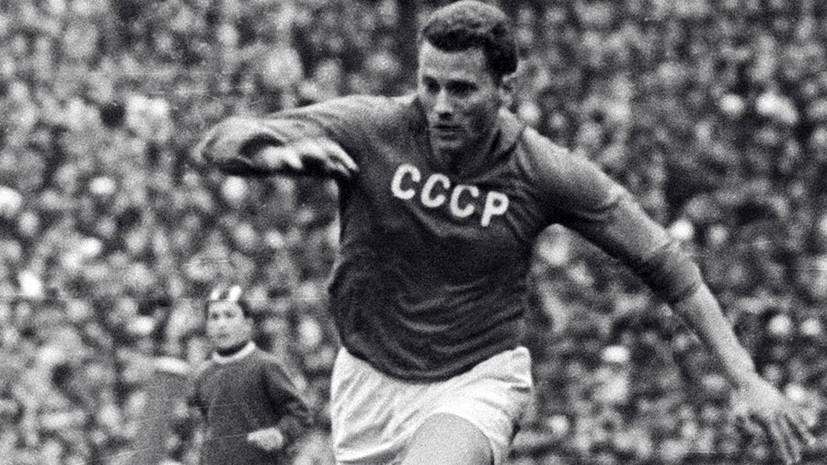 The 1960 European Championship remains the main event in the history of domestic football.

Then the USSR national team won its only trophy.

In the final of the tournament, Victor Ponedelnik scored the winning goal against the Yugoslav team.

However, this success was not a moment of fleeting glory: the striker impressed with his game over the years.

Four years later, a silver medal of the European Championship hung on his chest, even though Monday failed to distinguish himself in the final match with the Spaniards.

As CSKA veteran Vladimir Ponomarev recalls, the striker was considered second in skill after Eduard Streltsov.

“Viktor was a phenomenon in world football.

He had both speed and physical strength.

He played superbly with his head, had an excellent shot, and had an amazing sense of position.

No wonder he scored the winning goal at the European Championship.

A man without flaws.

Such forwards have never been born again and probably never will ever be.

Monday can be compared with Pele or Franz Beckenbaur, and all the other players from the RPL are no match for him, ”said the former football player in an interview with RT.

According to Ponomarev, Monday was different in that, like many Soviet players, he behaved very correctly on the field.

“Now foreigners have brought filth into our football, violation of the rules.

Before, we didn’t have such a thing that they specifically grabbed a T-shirt or underpants, fouled.

Because we were all friends with each other, followed the real principle of fair play.

Now this is no longer the case, because people are corrupted to the marrow of their bones.

If we had someone jump at our feet, then this person would be despised by everyone.

And now it is everywhere and everywhere, ”said the CSKA veteran.

The ex-goalkeeper of Spartak, two-time champion of the USSR Anzor Kavazashvili has never heard that the SKA forward at least once used obscene language with him.

“For all the time that we played together in the national team, I don’t remember a single case when Viktor cursed.

We sat in companies a lot, sometimes hooligans, indulged, and a couple of words could easily slip through, but he never allowed himself this.

Vitka was a very educated guy, albeit from Rostov-on-Don.

But he knew the language well, as if he worked as a teacher at a school.

Not in vain, when he finished his career, he went to work in the weekly Football-Hockey.

And most importantly, in addition to statistics, his articles had a very scientific approach.

Vitya did not just describe the episode, but explained each pass.

What movement of the leg must be made in order to fly the ball in this way.

The person who read his text understood everything perfectly.

This is a very important factor, since he himself was a great professional and could tell a lot of interesting things, ”said the veteran in an interview with RT.

At the same time, in Soviet times, there was fierce competition in football.

And at the 1966 World Cup, where the USSR team won fourth place, losing in the bronze match, Monday was not taken, although he was only 29 years old.

And the coaches put Viktor in the main team for a friendly game with Switzerland only at the request of Anzor Kavazashvili.

He then, on the contrary, was just starting his journey in the national team.

“When by age he was already descending from the horizon, I had just begun my ascent.

And I remember, at the beginning of 1966, we came to play with Switzerland.

I approached Nikolai Morozov, the head coach of the national team, and he always treated me well, and I said: “It's a pity that Vitka is constantly sitting in the reserve.

Morozov did not mind, and as a result, Monday was released onto the field.

Then Vitya, however, found out that I asked for him.

He came up and thanked me,” recalls Kavazashvili.

Unbelievably loved Monday and the fans.

As the veteran of Spartak says, the first in the crowd tried to find the SKA forward.

“When we came to Tbilisi, everyone always asked where Vitya was.

If he was not there, then they began to look for Valentin Ivanov, Eduard Streltsov, Valery Voronin, and only then me.

Do you understand how much these guys were loved in Georgia?

And it even appealed to me.

That my compatriots appreciate those people who created a mechanism in the national team that worked like clockwork on the football field, ”admitted Kavazashvili.

But despite the popularity, according to Ponomarev, Monday has always remained an absolutely ordinary and very sociable person.

“We were all friends.

Although they were from different teams.

After the game, we went to a restaurant together.

They even drank, whatever.

But Vitya has always remained a very decent person.

I did not know what meanness and deceit meant.

You could rely on him, ”added the CSKA veteran.

Monday continued to be popular after the end of his career.

Once he was even presented with the latest South Korean car, which was inconvenient for Victor to keep in the yard.

“So Vityushka turned to me.

And I have production, garages, but there was security, so he trusted me, ”said Kavazashvili.

He died in the hospital after a long illness, the last of the USSR gold team in 1960.