At 37, Gilles Simon has indicated that he will end his career at the end of the year. From Monday, he will therefore play his very last Roland-Garros. A look back at the rich career of a player in the shadow of the other three "Musketeers" and who has nevertheless written beautiful pages in the history of French tennis. 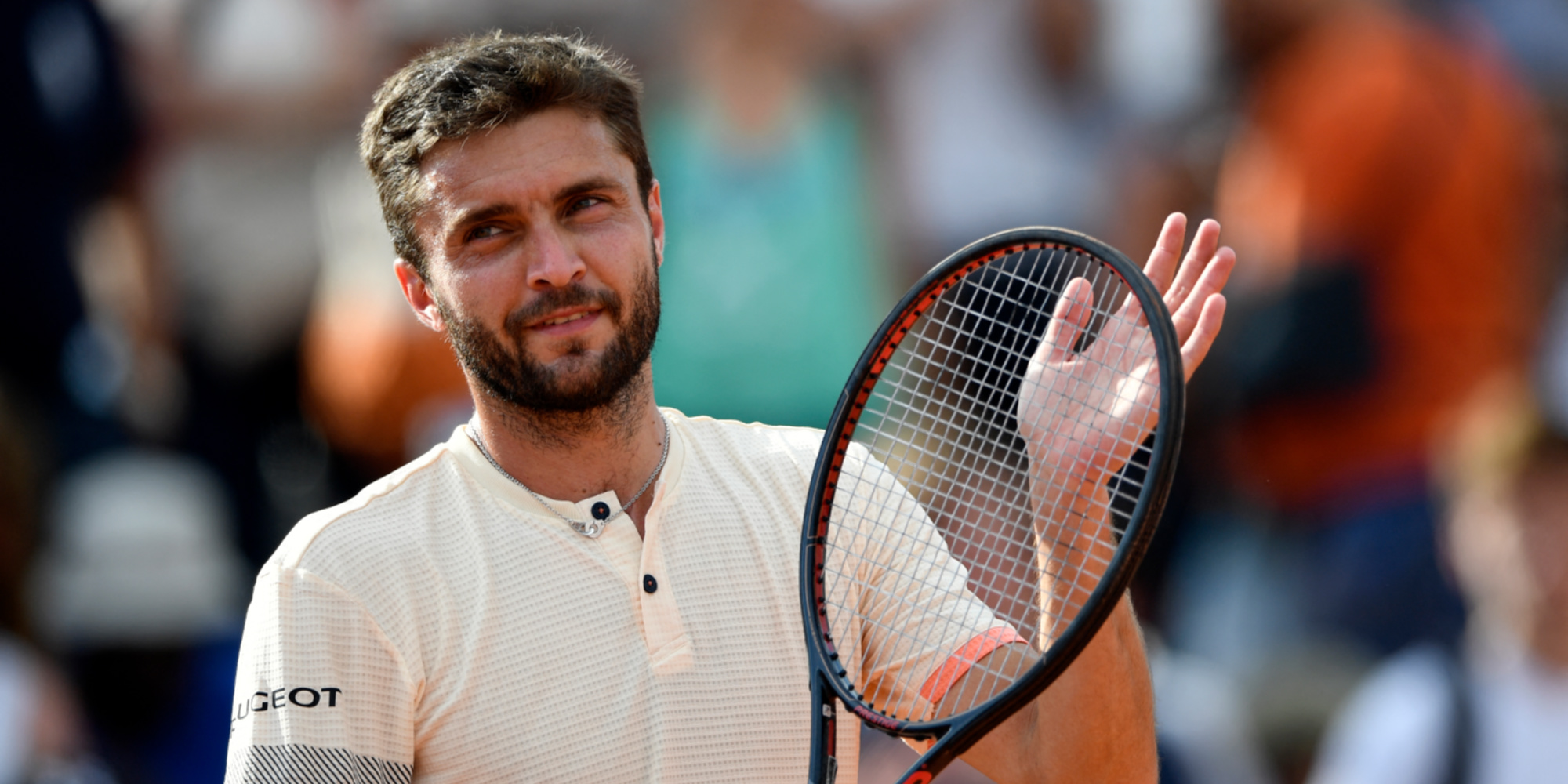 At 37, Gilles Simon has indicated that he will end his career at the end of the year.

From Monday, he will therefore play his very last Roland-Garros.

A look back at the rich career of a player in the shadow of the other three "Musketeers" who nevertheless wrote beautiful pages in the history of French tennis.

In retracing the recent history of French tennis, the names of Jo-Wilfried Tsonga, Gaël Monfils or Richard Gasquet come naturally to mind.

That of Gilles Simon, much less.

And yet, the Niçois, who is about to bow out at the end of the year, leaves behind him a record and a career that has nothing to envy to the three other heads of the gondola in French tennis.

The fans of the little yellow ball will still have a little twinge in their hearts when Gilles Simon treads for the last time, in a few days, the clay court of Roland-Garros.

Because if he does not enjoy the same notoriety as Tsonga or Monfils, he has been pacing the grounds of the whole world for (very) many years.

It was in 2004 that young Gilles Simon cut his teeth on the circuit.

The beginning of a long road punctuated by great victories… and titles.

With 14 trophies gleaned, he has the fourth best French record behind Yannick Noah (23), Jo-Wilfried Tsonga (18) and Richard Gasquet (15).

Successes against Nadal, Federer and Djokovic

Among them, we can mention his four successes at the Open de Moselle in Metz, his two victories at the Open de Marseille or his trophy won at the ATP 500 tournament in Hamburg, his most prestigious title, in 2011. his 14 titles, we must add 22 finals played including two in Masters 1000, the second category of tournament behind the Grand Slams.

Competitions in which he regularly faced the biggest names on the circuit.

Novak Djokovic, Rafael Nadal or even Roger Federer have all crossed paths with Simon and sometimes left with their tails between their legs.

- Djokovic, Swiatek, Alcaraz... Who are the favorites at Roland-Garros?

In 2008, Simon won twice against Federer.

First at the Toronto Masters 1000 in August, then at the Shanghai Masters a few months later.

A decidedly very prolific year 2008 since Rafael Nadal, then world number one, also suffered the law of the Habs during the Madrid tournament in October.

He also offered himself the scalp of Djokovic that year, in Marseille.

Performances that allowed him to reach 6th place in the ATP rankings the following year, in 2009. Rather frail physically, he distinguished himself by his quality as a blocker, his tactical intelligence and his ability to adapt perfectly to his opponent. .

But the Niçois can also lack consistency.

The 2010s of Gilles Simon were marked by sawtooth performances but sufficient to remain in the top 50. A decade during which he won in Hamburg in 2011 and reached two Masters 1000 finals at Bercy in 2012, then in Shanghai in 2014. Until the consecration in 2017 with the prestigious Davis Cup, won with the France team.

But he fails to invest in the top 10 for a long time and remains in the shadow of the heavyweights.

Because it is in Grand Slam that the shoe pinches.

Gilles Simon did little better than two quarter-finals, at the Australian Open in 2009 then at Wimbledon in 2015. A lack of references in the biggest arenas which may explain this lack of popularity compared to Tsonga, Gasquet or Monfils who have all three reached the last four of a Grand Slam several times.

Including at Roland-Garros, where the Niçois has rarely distinguished himself.

He has never made it past the knockout stages at Porte d'Auteuil and has only reached this stage of the competition three times in 16 appearances.

Difficult then, for the French public, to establish a real relationship with the former 6th in the world.

Off the court, Gilles Simon reveals an introverted personality and little media.

All the more so now, where his end of career is revealed without brilliance, almost in anonymity.

Currently ranked 159th in the world, Gilles Simon will still be entitled, in a few days, to one last dance in front of his audience.