Swedish hidden ice champion: "Been our goal all season"

The star Fridolina Rolfö was the big Swedish pre-talk before the Champions League final where her Barcelona lost to Lyon. But there is a Swedish hidden ice in the champion team. Goalkeeper Emma Holmgren can claim the title of Champions League champion without having played a single minute in the final. - It has been our goal all season, she says to SVT Sport. 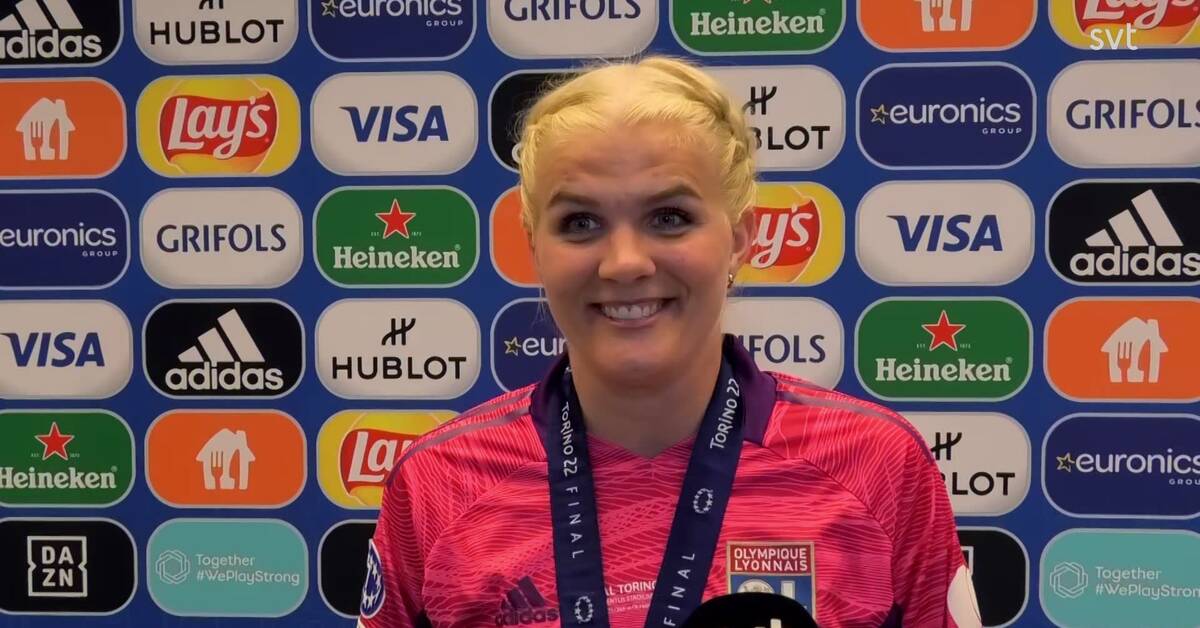 Holmgren had to follow the final from the bench at the Allianz Stadium in Turin, the home arena for Juventus, where Christiane Endler guarded Lyon's goal.

- It is so nice to take home this gold, which has been our goal all season and now we are finally here.

We are super happy and have celebrated on the pitch and in the locker room.

It's full swing and we celebrate a lot, says Holmgren with the medal around his neck in the mixed zone a while after the match.

She received the medal from UEFA President Alexander Ceferin.

She was ready to jump in and at one point Endler lay down, which gave a few seconds of tension.

- It is clear that you always want to play all matches and it would have been fun with a jump-in.

I will not lie but want to play and miss playing matches, but coming to one of the world's best teams means that you can not have better training conditions, Holmgren explains the situation.

"She makes a good career choice"

Sitting on the bench in a champion team and a team as large as Lyon makes her attractive to other clubs.

- I think she makes a good career choice, says the expert Markus Johannesson.

Holmgren likes that Barcelona got to carry the favorite.

- We as a team know how good we are but it's fun to be perceived as underdogs as the rest of the world sees us.

It's just super nice to go out and show who we are and show that we are the best.

It is great to be part of this journey, says Holmgren.

She had time to talk briefly with the other Swede on the pitch, Fridolina Rolfö.

- I talked to Fridolina and said "well played" and she congratulated.

I sometimes know what it's like to be on the other side.

Lyon will travel home already tonight to recharge for the important league match against Paris SG, which, however, is not until next Sunday.

There, Lyon can secure the league gold.

- But we will celebrate, Holmgren promises.