Roland-Garros 2022: mission impossible for the French?

While they remain on a last catastrophic edition of Roland-Garros, where no player or no player had exceeded the second round in the singles tables, the French were not… 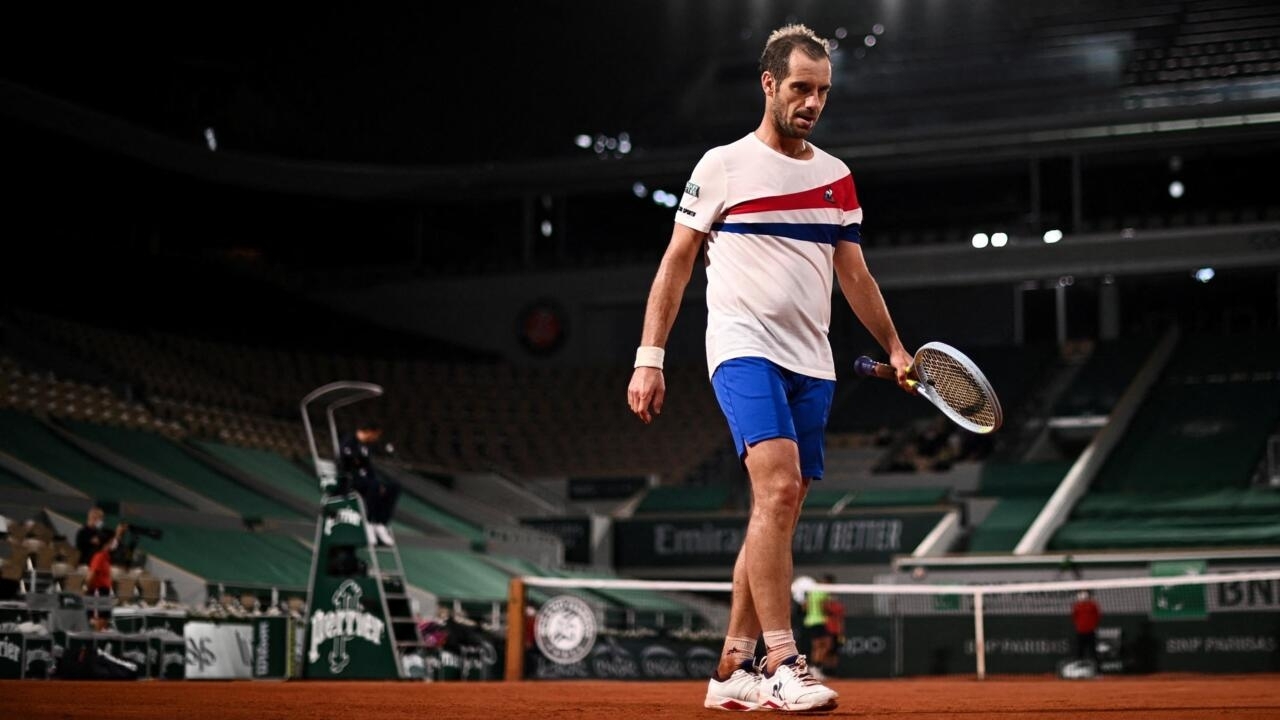 The Roland-Garros draw, which begins on Sunday May 22, was merciless on Thursday for the French men and women involved in the tournament – ​​and who hope to wash away the affront of the last edition.

The 2021 results had turned out to be humiliating since for the first time in 53 years, no Blue had qualified in the third round in the singles tables, neither for men nor for women.

If they can only do much better this year, it will however be a feat to see one of them in the second week at Porte d'Auteuil.

Especially since the best ambassador of French tennis, Gaël Monfils (22nd), withdrew a week before the start of the competition and that tricolor tennis has the blues.

Tsonga, who will put away the rackets at the end of the tournament, will be opposed to one of the terrors of clay, the Norwegian Casper Ruud (8th), while Simon will face the Spaniard Pablo Carreno (17th).

Heavy from the first round!

Jo-Wilfried Tsonga in the first round of Wimbledon, July 2, 2019. AFP

The other "Musketeer" Richard Gasquet (75th), who eliminated world number two Daniil Medvedev on Tuesday in the round of 16 of the Geneva Open, will cross the racket with South African Lloyd Harris (37th).

A possible success would probably put him against the American Sebastian Korda (30th) in the next round.

However, Richard Gasquet has not passed the second round of a Major since the US Open 2018, when he also reached the third round at Roland-Garros.

>> To read also: "Tennis: Jo-Wilfried Tsonga, the most brilliant of the Four Musketeers"

In the absence of Gaël Monfils, the best Habs in the table is Ugo Humbert (45th).

After a difficult start to the season since he did not go beyond the second round in any of the tournaments played in 2021, he will have a hard time facing the Finn Emil Ruusuvuori (61st).

The latter is not a terror of the circuit, but he reached the quarters in Munich.

Moutet aims for a duel with Nadal in the second round

Not easy either for Benjamin Bonzi (53rd), who falls on the American Frances Tiafoe (27th), even if the latter seems out of form and was eliminated in the first round in Madrid and Rome.

The whimsical Benoît Paire (67th) will start against the Belarusian Ilya Ivashka (50th), a player within his reach, but the Avignonnais could then have on his way the Chilean Cristian Garin (36th) or the American Tommy Paul (33rd), then possibly the other Russian tennis star, Andrey Rublev (7th).

The mission seems impossible for Hugo Gaston (68th) against the Australian Alex de Minaur (21st) and for Arthur Rinderknech (65th) against the unpredictable Alexander Bublik (41st).

Adrian Mannarino (73rd) will have more chances against the Argentinian Federico Delbonis (62nd), but if successful, he should then find himself facing… Andrey Rublev.

It will take a miracle for Quentin Halys (86th) – who will face the American giant John Isner (26th) and his formidable serve – to validate his ticket for the second round.

For the guest Manuel Guinard (158th), who usually plays on the Challenger circuit (second division), the march will be just as high since his first opponent will be the Briton Cameron Norrie (11th).

For his part, Corentin Moutet (139th) will be opposed to the returning Stanislas Wawrinka (257th), winner of the tournament in 2015. In the event of qualification, the next round should reserve him a face-to-face with Rafael Nadal (5th), who is aiming for a 14th title on Parisian clay.

Finally, if Lucas Pouille (163rd) will play a qualifier in the first round, it is last year's finalist Stefanos Tsitsipas (4th) who should wait for him, in the event of victory, on the other side of the net.

A very complicated table for the Blues

For the women, the draw was even more difficult, since out of the 13 registered in the main draw, six of them fell on seeds.

Alizé Cornet (40th), French number 1 and quarter-finalist for the first time in a Major in Australia in January, a first in 63 Grand Slam tournaments played, will compete against the Japanese Misaki Doi (97th).

A part largely within her reach, even if she recently pointed out that clay was no longer her favorite surface.

In the event of qualification, however, she should fall on the heavy in the second round, since she could face the Latvian Jelena Ostapenko (13th).

Caroline Garcia (73rd) will start against American Taylor Townsend, ranked 334th, but could face another more dangerous American, Madison Keys (23rd), in the second round.

The latter had reached the semi-finals of Roland-Garros in 2018, and the last four of the Australian Open in 2022.

If one of them manages to qualify, we can easily speak of a huge achievement.

The task of Fiona Ferro (139th) promises to be just as complicated since it is the Spaniard Paula Badosa (3rd) who stands in her way.

The guest Tessah Andrianjafritimo (142nd) will be opposed to Karolina Pliskova (8th), and Kristina Mladenovic (110th) to the Canadian Leylah Fernandez (17th), finalist of the last US Open.

It is therefore difficult, after this draw, to be optimistic for French tennis, knowing that to find Roland-Garros tables without the slightest French seed, you have to go back to 1999.