On the descent towards the chicane, precisely the most favorable sector for Ferrari, Charles Leclerc tripped over a curb, losing his first bullet, exposing himself to a... 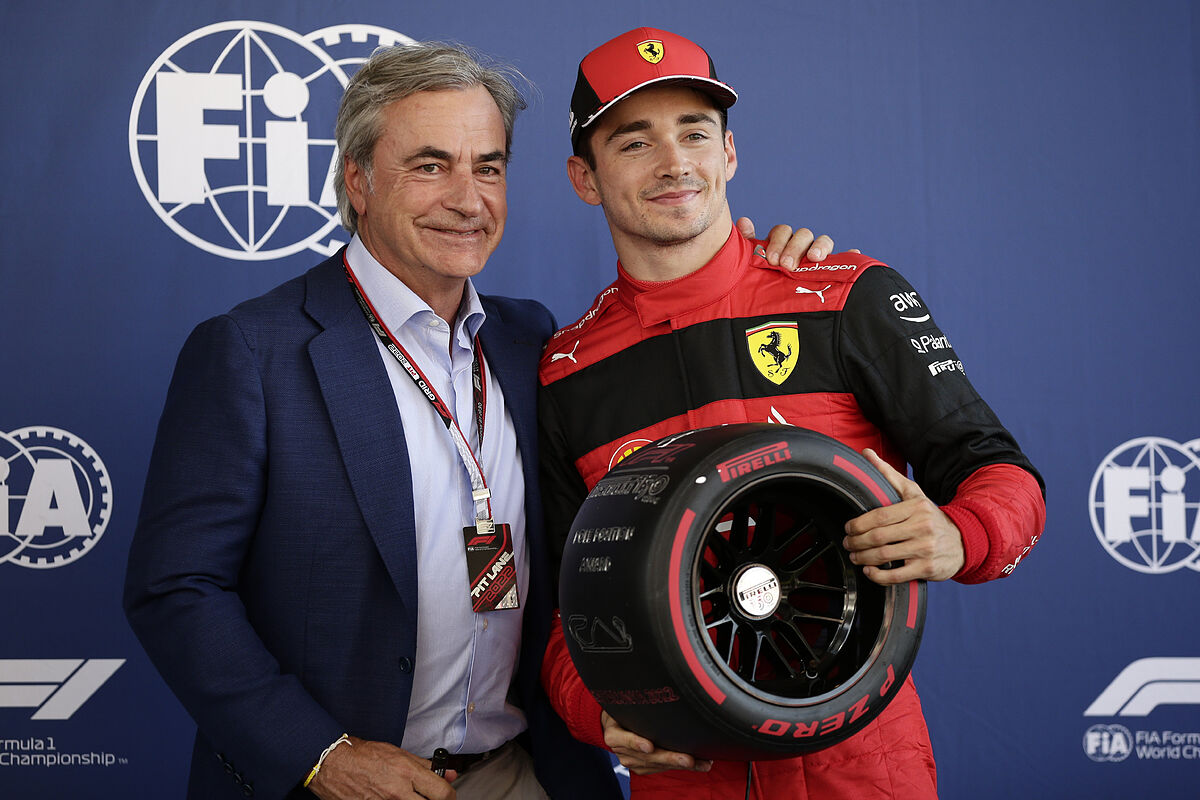 On the descent towards the

, precisely the most favorable sector for Ferrari,

tripped over a curb, losing his first bullet, exposing himself to an extreme situation.

Without a time trial to his credit, the Monegasque faced a great dilemma.

Clench your teeth in search of

or put your furniture away, thinking about the fight for the World Cup with

Anyone would have hesitated, but not him, author of a prodigious lap in Montmeló (1:18.750), three tenths better than the reigning champion, and four ahead of

Not even at home can the man from Madrid contain his garage partner, a great dominator of Saturdays.

Even Sainz Sr. had to bow to the evidence, giving Leclerc the badge of his fourth

And his offspring had enough of him to keep his cool against Verstappen, who warned of a loss of power when he launched his last attack.

The top speed of the Red Bull was not going to be enough on this occasion.

Because the balance of the SF-75 in the slow zones and the aggressiveness of a pilot with nerves as tempered as steel, were an essential advantage.

The immediate challenge for Ferrari will be to keep the degradation of its tires at bay and not lose Verstappen, who showed great pace in the long runs on Friday, on the radar.

the fight for the podium between Sainz and

, at the wheel of a Mercedes that is beginning to show signs of improvement.

The British, fourth on the grid, with 12 hundredths of an advantage against

Now that they can keep that infernal

at bay, there's reason for hope in

As many or more as uneasiness in Alpine, which saw

fall down the humiliating seventeenth step.

Nothing could be saved in Q1 for the French team, unable to find solutions in critical moments, when the asphalt conditions had improved exponentially.

The first to leave the record was

His example was followed by

, while Alonso saw his last attempt aborted, with new tires.

In that first sector, the hope of an entire hobby, which had been fighting the dog days since before noon, had been extinguished.

Explanations could be demanded from

in the garage, exposed to attack from his rivals.

Although he saved the ballot, by 74 thousandths against

, nothing could oppose the Frenchman in Q2.

Those two tenths lost against the last Haas speak very poorly of the progression of the A522, also slower than

It is not about the discreet performance of the rear wing, the novelty for this weekend, but something of a larger nature.

Alpine has to do a thorough examination of conscience.