The value of half a million euros .. Haaland distributes valuable gifts to his colleagues in Dortmund before leaving for City

Norwegian striker Erling Haaland presented dozens of precious watches to his colleagues in the Borussia Dortmund team and members of the various club staff, valuable farewell gifts estimated at half a million euros before joining Manchester City. 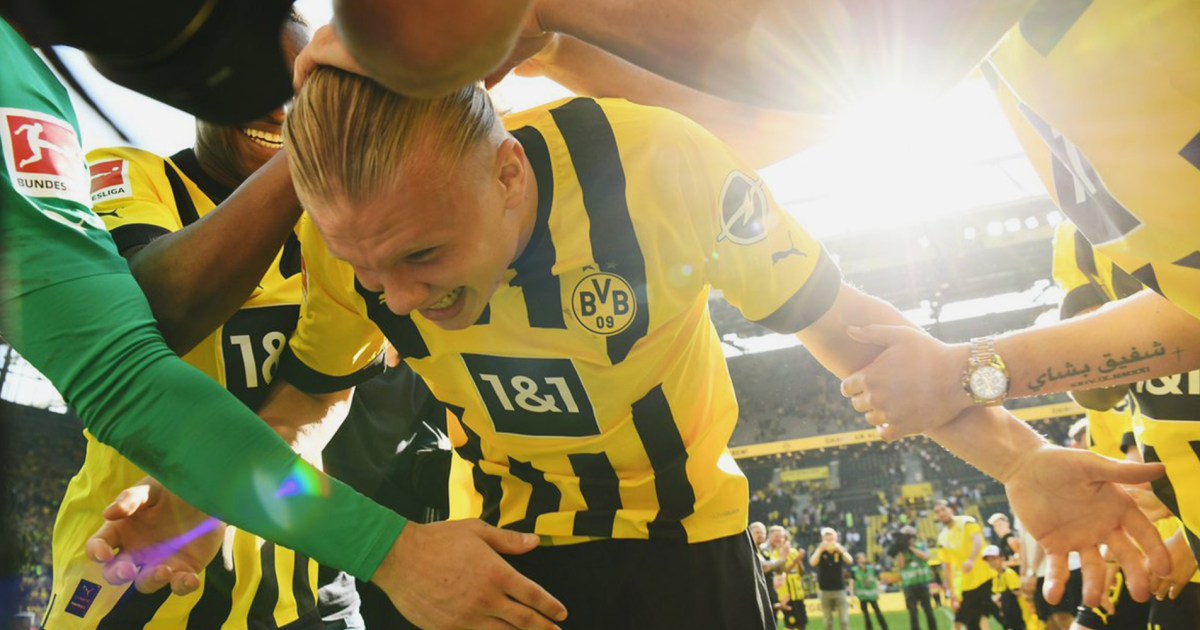 And the German newspaper Bild said - today, Friday - that Haaland presented all his fellow players, who are 33, as well as all members of the technical staff, wristwatches, the price of which reaches 15,000 euros.

The widespread newspaper also indicated that all members of the medical and assistant staff also got precious hours, each worth 7,000 euros.

And earlier this May, Haaland, 21, agreed to move to the English champions in a long-term deal estimated to be worth more than 300 million euros.

Manchester City managed to settle the deal for rising star Haaland after paying the penalty clause, in a deal that could cost the English club about 350 million euros in 5 years.

City coach Pep Guardiola is counting on Haaland to be the missing piece in his dream of winning with Manchester the European Champions League, the only tournament that has eluded the team since the Spanish coach took over.