The 2022 edition of Roland-Garros takes place from May 22 to June 5. France 24 offers you seven names to follow for the tournament, between the old guard who is resisting and promising young people. 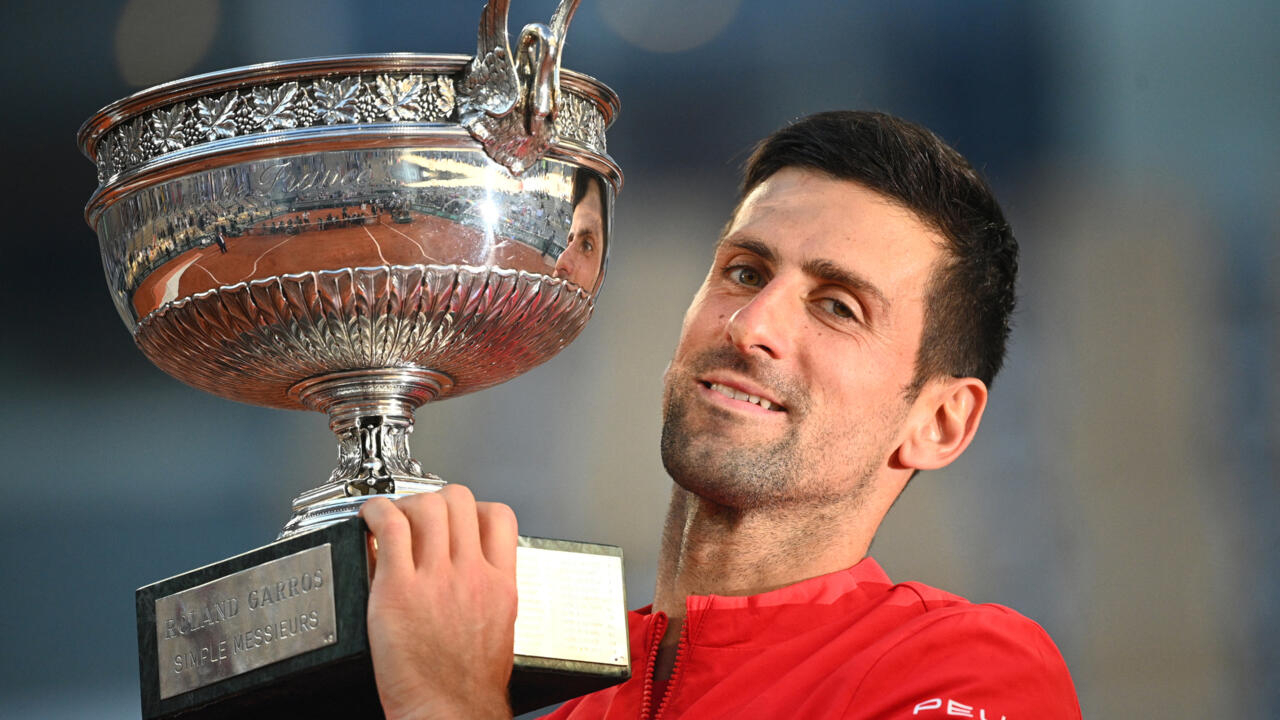 The eternal Novak Djokovic and Rafael Nadal are still there but the new generation has long teeth for this Roland-Garros which opens on Sunday May 22.

When drawing up a list of sensations to watch for Roland-Garros, the Spaniard's name is always the first on paper.

And for good reason: the Mallorcan has won 13 editions of the French Open – a record – and is even standing at the entrance to the site.

This record, coupled with that of his 21 Grand Slam titles, makes him a natural favorite.

However, Rafael Nadal arrives at Porte d'Auteuil without certainty.

His latest tournament, the Masters 1000 in Rome, ended with terrible images: a grimacing titan, victim of an unbearable awakening from the pain linked to his chronic and incurable injury to his left foot (Muller-Weiss syndrome).

His first training sessions in Paris suggest that the pain has subsided.

Enough for him to lift a 14th Coupe des Mousquetaires?

Iga Swiatek during his victory in Rome in May 2022. © Andreas Solaro, AFP

Since Serena Williams in 2015, no player has won more than one edition of Roland-Garros.

However, it is difficult to see how the title could escape this year from Iga Swiatek, in sporting levitation since the beginning of the year.

Full of confidence, the terribly aggressive Polish has lost only one set (in nine matches) since the opening of the clay court season.

She is also 28 consecutive matches unbeaten.

At almost 21 years old (May 31), Iga Swiatek confirms that ocher is her kingdom.

The first title of his career – at Roland-Garros, quite simply – left you guessing.

Since then, she has collected half of her titles on clay.

After a fishtail end to 2021, with an early double elimination at the Olympic Games and a failure in the home stretch of the calendar Grand Slam at the US Open, then a first quarter of 2022 at a standstill for lack of vaccination against the Covid-19, we thought Novak Djokovic finished.

But in a month, the Serb has returned to orbit on clay and presents himself as the main favorite at Roland-Garros, where he is the defending champion.

Doubled by Rafael Nadal in the race for the Grand Slam trophy record (21 against 20) at the Australian Open, on his favorite playground, Djokovic wants to return the favor to the Spaniard on his beloved land.

Towards a remake of last year's dantesque semi-final?

Ons Jabeur, during the Indian Wells tournament, on October 9, 2021, in California.

What if it was her?

The rise of the 27-year-old Tunisian never ends.

The first player in the Arab world to win the WTA 1000 in Madrid, the most prestigious tournament category after the Grand Slams, Ons Jabeur is in the form of her life.

She was still in the final at the Rome tournament before Roland-Garros.

Remains at the world number 6 to be confirmed in Grand Slam.

She has so far never gone beyond the quarter-finals (Australian Open 2020 and Wimbledon 2021).

At Roland-Garros, Ons Jabeur has the means to enter a little more into the history of Arab tennis.

Carlos Alcaraz in his final against Casper Ruud, April 3, 2022, in Miami.

"I'm not afraid to say that I'm ready to win a Grand Slam (tournament).

From the height of his 19 years, Carlos Alcaraz displays an unfailing confidence.

In a short year, he was propelled from talent to follow, entered Roland-Garros by the qualifications, to the rank of contender for the trophy.

>> To read also: "Who is Carlos Alcaraz, the new prodigy of Spanish tennis?"

It must be said that "Carlitos" is having a hair-raising spring: he won his first two Masters 1000 trophies, in Miami in early April and in Madrid in early May, and was crowned in Barcelona in the meantime.

In the Spanish capital, he made an impression by knocking out Nadal, king of ocher, and Novak Djokovic, world number 1, in quick succession in the same tournament on clay.

Beyond that, he has only had three defeats in 2022, for 28 wins and four titles.

In French tennis in distress, Clara Burel still represents hope in view of her good 2021 season. The one who points today to 95th place in the WTA ranking had revealed herself to the public by pushing to the third round in as the last French representative at Roland-Garros in 2020.

However, the Rennaise has not been at the party since the Grand Slams.

The 20-year-old lost in the first round of every Major except Wimbledon where she spent one more round.

Returning to the land of his first exploits can allow him to take a step forward.

Jo-Wilfried Tsonga in the first round of Wimbledon, July 2, 2019. AFP

At the beginning of April, the former world number 5 announced that Roland-Garros 2022 would be his last appearance on the courts.

Le Manceau will have been the flagship of the generation of the Four Musketeers who, with Richard Gasquet, Gaël Monfils and Gilles Simon, have thrilled French supporters for fifteen years.

>> To read also: "Tennis: Jo-Wilfried Tsonga, the most brilliant of the Four Musketeers"

Since 2018, Jo-Wilfried Tsonga has however been only a shadow of the player he was before a cascade of injuries: meniscus crack, calf tear, abdominal tear, back pain, diagnosis of sickle cell disease … But , pushed by the magic of the public, the Musketeer is able to surpass himself to offer himself a farewell to tennis to his measure.