3 Arab rulers and 6 women, and what does the presence of Gasama mean? Read about FIFA's choices for World Cup referees in Qatar

The list of referees for the 2022 World Cup in Qatar, which was announced by the FIFA Referees Committee, did not carry any surprises, other than the insistence on choosing the Gambian referee Bakari Gassama, despite the accusations and suspicions. 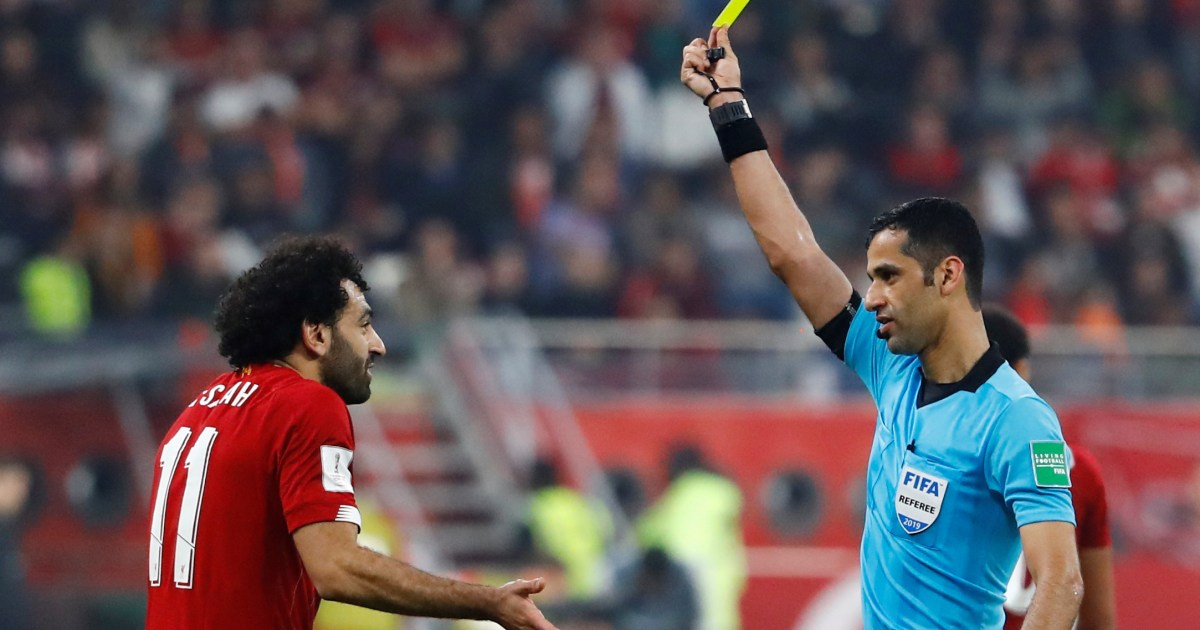 The list of referees for the 2022 World Cup in Qatar, which was announced by the FIFA Referees Committee, did not carry any surprises, other than the insistence on choosing the Gambian referee Bakari Gassama, despite the accusations and suspicions that have been chasing him for years, as it was expected to use referees after assigning many One of the men's major continental finals.

Six months before the start of the World Cup next November, FIFA announced yesterday - through its official website - the final list of referees for the tournament, which includes 36 referees, 69 assistant referees and 24 video assistant referees (VAR).

The choice of Gassama in the final list of World Cup referees for the third time in a row frustrated the fans of some African countries that had previously lodged direct complaints against the Gambian referee, most recently Egypt in the last African Nations, and Algeria after managing the return match in the decisive round of the World Cup, which ended with Cameroon’s victory and qualification at the expense of greens;

This choice is irrefutable evidence that FIFA and the Confederation of African Football (CAF) were not convinced by Algeria's complaint that it was "injustice" against Cameroon in a way that affected the outcome of the match, and the subsequent Algerian media attack led by coach Jamal Belmadi.

This is confirmed by the announcement of the FIFA Referees Committee that the selection was based on the quality of these referees and their performance in FIFA tournaments and other international and local competitions in the past years after the World Cup in Russia 2018.

Gasma is considered one of the African rulers whose integrity has been most questioned in recent years, and the most evaded from sanctions, and even the most crowned with the title of best African referee.

The head of the FIFA Referees Committee, Pierluigi Collina, said, "Quality is the first criteria that we take into account, and we have chosen referees from the highest levels in international arbitration. Qatar World Cup.

Arab referees in the World Cup in Qatar

As usual, since the 2002 World Cup, Arab arbitration will not have much representation in terms of quantity and quality, as the number of referees selected for the World Cup in Qatar was limited to only 3 Arab referees, namely Qatari Abdul Rahman Al Jassem, Algerian Mustafa Gharbal, and Emirati Muhammad Abdullah.

The positive side of the Arab referees in the tournament is that FIFA abandoned its policy in the previous World Cup tournaments by choosing referee teams of mixed nationalities, and chose crews from one country;

This is for greater understanding and homogeneity, as he chose 6 Arab assistant referees, namely Qataris Talib Salem Al-Marri and Saud Ahmed (Assistant Al-Jassem), Emiratis Mohammed Al-Hammadi and Hassan Al-Mahri (Assistant Abdullah), and the Algerians Abdelhak Ichali and Qorari Muqran (Assistant Gherbal), in addition to the referee. Egyptian assistant Mahmoud Abu Al-Regal, who will participate in an African arbitration team.

But the expected negative side is the continuation of Collina's policy of not relying heavily on Arab rulers in Qatar, as happened when he took charge of the World Cup in Russia.

And the only Arab referee who is expected to run big matches is Abdul Rahman Al-Jassem, not because he is Qatari, but because he became one of the top referees in Asia, and excelled in the big matches that FIFA relied on, most notably the 2019 Club World Cup final in which Liverpool was crowned.

Al-Jassem is expected to run the third and fourth match in the Qatar World Cup, following in the footsteps of former Algerian referee Jamal Hamoudi in the 2014 World Cup in Brazil, and Kuwaiti Saad Kamil in the 2002 World Cup in South Korea and Japan.

The Qatar 2022 World Cup will be the first edition in the history of the World Cup in which women manage the tournament matches for men, as 3 female referees and 3 assistants were selected.

"We are very pleased to have Stephanie Frappart of France, Salima Mukasanga of Rwanda, Yoshimi Yamashita of Japan, along with aid Noisa Pak of Brazil, Karen Diaz Medina of Mexico and Catherine Nesbitt of the United States at the World Cup," said Collina.

Their participation is also expected to be historic, and one of them could manage the opening match of the World Cup between host Qatar and Ecuador.