High jump Woo Sang-hyuk, the first Korean track and field athlete to win a Diamond League gold medal, returned to gold. Woo Sang-hyuk plans to stay in Korea until the world championships in July to hone his new technology. 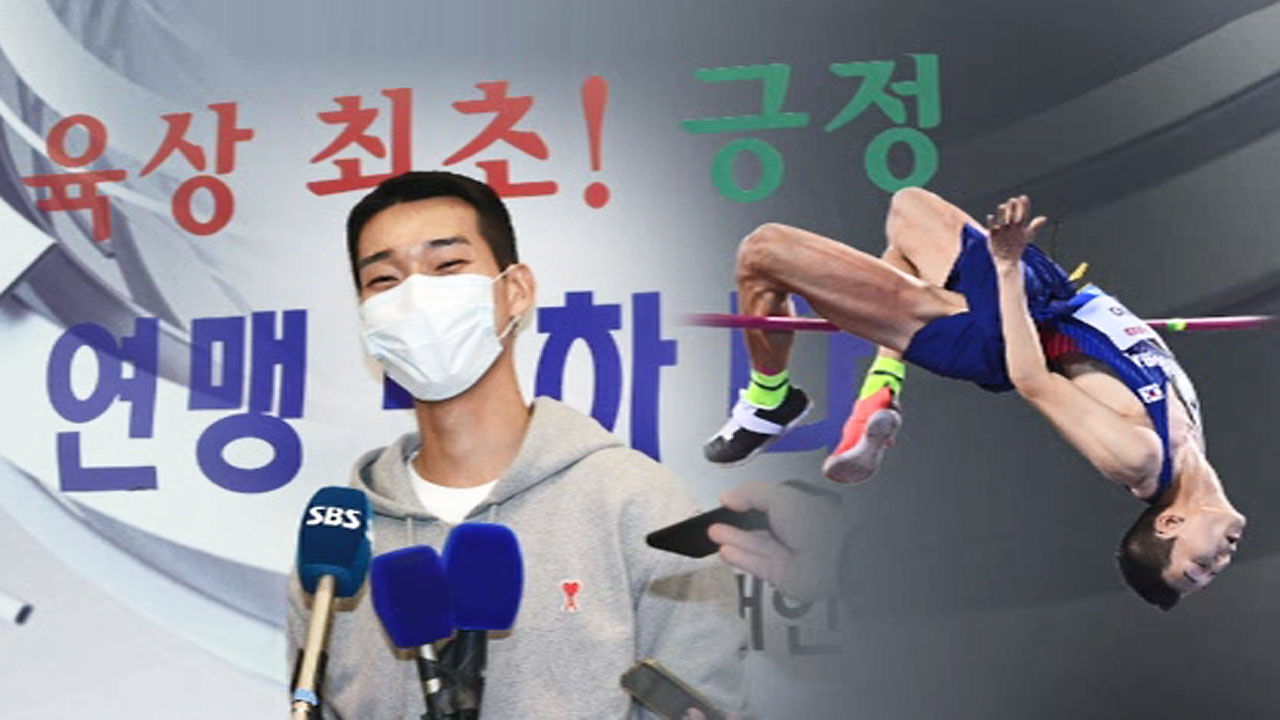 High jump Woo Sang-hyuk, who became the first Korean track and field athlete to win a gold medal in the Diamond League, returned to gold.

Woo Sang-hyuk plans to stay in Korea until the world championships in July to hone his new technology.

Woo Sang-hyeok, who entered the Diamond League for the first time and climbed to the top of the Diamond League, where only the best stars participate, was surprised by the warm welcome, but showed his unique confidence.

[Woo Sang-hyeok/High jump national team: I can't get used to it.

I played with confidence because I was ranked No. 1 in the world this season, and it seems to have led to good results.]

Woo Sang-hyuk's feat was the result of meticulous planning and training.

In August of last year, at the Tokyo Olympics, Woo Sang-hyuk, who crossed 2m35 and set a new Korean record in 24 years, began work to further enhance his international competitiveness.

He raised his target from 2m38 to 2m40, and refined his skills to leap faster and farther.

Woo Sang-hyuk, who took a step closer to the bar than the Olympic gold medalist Bashim, took off a little further in the last Diamond League to increase the distance and surpassed the 'strongest active player' Bashim.

[Woo Sang-hyeok / National high jump team: Because there is a possibility to run 2m40.

I think you have enough time to make it.

Will there be a big record at the world championships?

Woo Sang-hyuk plans to gradually increase the distance and fly higher at the World Championships.