For the first time in history, referees in the Men's World Cup

The 2022 FIFA World Cup will be the first in history to witness the participation of six women referees, among the 105 referees announced by the International Federation (FIFA) selected on Wednesday. 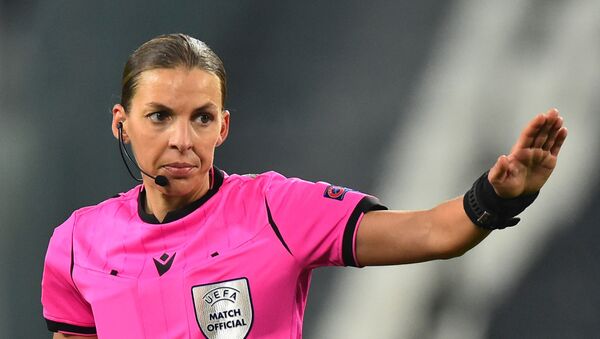 For the first time in history, referees in the Men's World Cup

The 2022 FIFA World Cup will be the first in history to witness the participation of six women referees, among the 105 referees announced by the International Federation (FIFA) chosen on Wednesday.

The head of the Italian Referees Committee, Pierluigi Collina, said in this regard, "It is the first time in history that women have refereed some matches in the tournament, and this is only the fruit of the tireless efforts launched several years ago in order to publish female referees in FIFA tournaments for young and old males."

Frapper led the French Cup final on May 7 between Nice and Nantes.

Collina continued, "By this, we clearly confirm that all that matters to us is quality, not gender, and I hope that in the future the presence of female referees in elite matches for the most important men's competitions will be seen as a natural matter, as they have the right to be in the World Cup because they play their roles constantly and at a very high level." .

The Referees Committee announced the lists of the names of the referees, so 36 referees, 69 assistant referees and 24 video referees were selected in cooperation with the six continental federations “in view of the quality of these referees and their performance in FIFA tournaments and other international and local competitions in the past years.”

The list of the 36 rulers of the arena included the Qatari Abdul Rahman Jassim, the Algerian Mustafa Ghorbal and the Emirati Muhammad Abdullah from the Arab region.

The "Road to Qatar 2022" project was launched in 2019 with more than 50 potential candidates, and they are undergoing extensive preparations, according to FIFA, despite the fact that the Corona pandemic caused the suspension of activities for a long time.

The selected referees will participate in several seminars this summer, in Asuncion, Madrid and Doha, in order to review and analyze videos of situations that occurred in real matches, and participate in practical training sessions with the players.

FIFA Refereeing Director Massimo Busacca said, “The most important points that must be focused on in preparation remain the protection of players, the reputation of the game, consistency and standardization, reading the game from a technical and tactical perspective and understanding the mentalities of players and teams, despite that we cannot eliminate all mistakes, but we will do our best to reduce them ".

FIFA introduced VAR for the first time at the 2018 World Cup.