Europa League: hot final between Frankfurt and Rangers in Seville

Glasgow Rangers and Eintracht Frankfurt meet in the Europa League final on Wednesday. Under scorching temperatures, the two teams will be able to count on their 130,000 supporters who… 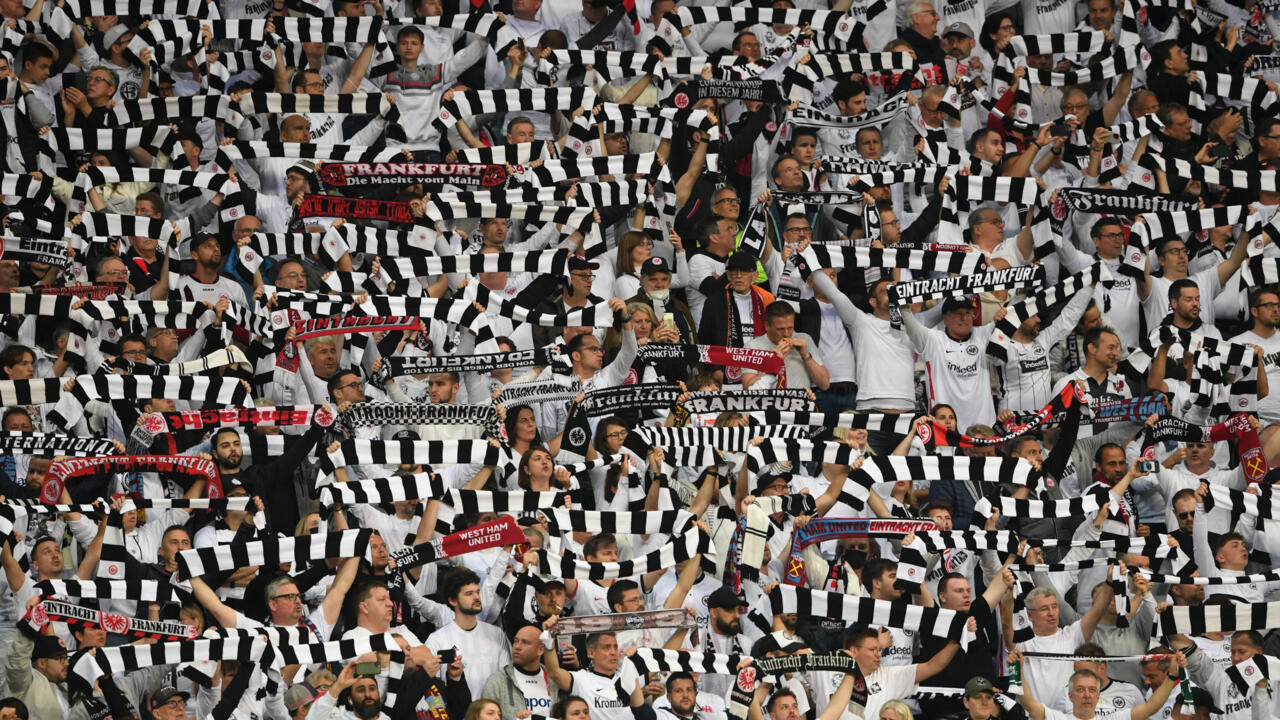 Boiling finale in sight in the Andalusian fire.

Under scorching temperatures, some 130,000 German and Scottish supporters will take over Seville to try to hoist Eintracht Frankfurt or Glasgow Rangers to victory in the Europa League on Wednesday May 18.

For both teams, the objective will be to reconnect with their glorious past: the Rangers have not won anything on the continental scene for fifty years and the European Cup Winners' Cup (1972);

Eintracht have not been crowned in Europe since their UEFA Cup in 1980.

"We are going to Seville"

The German "Eagles" and the Scottish "Gers" will therefore be counting on their loyal supporters to win a new continental trophy.

More than 80,000 Scottish fans and 50,000 German fans are expected in Seville according to club estimates, and additional flights have even been scheduled to reach the Andalusian capital.

Only 10,000 tickets had yet been made available to each of the two clubs.

During the last Bundesliga match in Mainz (2-2) on Saturday, Eintracht supporters kept chanting: "We are going to Seville!"

A fan zone has been organized at the Cartuja stadium, another stadium in Seville, where nearly 60,000 people without an entry ticket for the Pizjuan will still be able to watch the match live on Wednesday evening.

These supporters will be better off than those remaining in Glasgow, since the club has given up broadcasting the match in its lair of Ibrox Park due to a lack of “qualified personnel” to supervise such an event.

In Frankfurt, the "Biergarten" will be full and the club has sold 50,000 tickets for the live broadcast in the stadium.

Security will be one of the major fears in Sevilla, especially after the violent incidents that marred the 2008 UEFA Cup final in Manchester, won by Zenit Saint Petersburg against Rangers (2-0).

After a breakdown, of uncertain origin, of a giant screen, clashes broke out between the police and a handful of supporters.

Opposite, the white tide will again break.

"We are going to see two teams who have a similar style of play and who will be carried by their fans. It will be one of the most interesting finals for a long time," said German goalkeeper Kevin Trapp, who described the course as his team of "beautiful and exciting".

A twisty odyssey for Frankfurt

In addition to the historic feat against Barça, eliminated in the quarter-finals at Camp Nou, Eintracht signed an odyssey full of twists and turns to reach the final.

The "Eagles" scored a last-second goal to win in Antwerp in September.

In Piraeus in November, they did it again to secure first place in the group against Olympiakos.

And in the return against Betis Sevilla, they equalized in the 120th minute to validate their ticket to the quarters.

"Our heart has been beating for two weeks already. Everyone is excited for this final, we see it everywhere in town (...). We will bring back this cup", promised the Swiss midfielder Djibril Sow.

On the Scottish side, the road to Seville has been littered with capital successes.

After interrupting Celtic's run of nine titles last season, Rangers were cut short in November by the sudden departure of manager Steven Gerrard (replaced by Giovanni van Bronckhorst) and saw their four-point lead melt in the championship, to fail in second place.

Whether 50 or 42, Wednesday in Seville, a long drought of European glory will end for Rangers or Eintracht: in the hot Andalusian night, one of the two formations will succeed Villarreal, last winner of the C3 last year, and will offer a sesame for the group stage of the prestigious Champions League next season.