“They don’t know how else to hook”: FIG suspended gymnast Kulyak from competitions for a year, including in Russia

Ivan Kulyak was suspended for a year from participation in competitions under the auspices of the International Gymnastics Federation and its subordinate organizations for demonstrating the letter Z on his uniform during the awards ceremony at the World Cup in Doha. Thus, a 20-year-old athlete will not be able to perform not only abroad, but also at tournaments in Russia. In addition, the young man must return the won medal and prize money, as well as pay legal costs. The FSGR has not yet decided whether they will appeal. According to the head of the organization Vasily Titov, first you need to wait for official papers. 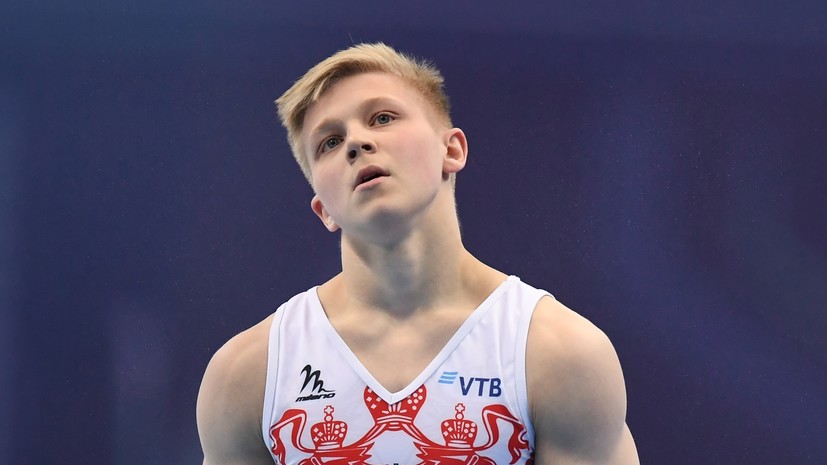 The disciplinary committee of the International Gymnastics Federation (FIG) has suspended Russian Ivan Kulyak for a year for showing the letter Z on his uniform during the awards at the World Cup in Doha, where he won bronze on parallel bars.

The FIG press release states that the athlete violated the charter, technical regulations of the organization, as well as disciplinary, ethical and behavioral codes.

“Mr. Kulyak is not allowed to participate in any FIG sanctioned event or competition organized by an affiliated federation affiliated to FIG within a year from the date of this decision.

If the protective measures preventing Russian athletes from competing are still in place on May 17, 2023, the ban will be extended and expire six months after the above measures are lifted,” FIG said in a statement.

Thus, unlike swimmer Evgeny Rylov or chess player Sergey Karyakin, the athlete was banned from performing not only at the international level, but also at tournaments held by the Russian Artistic Gymnastics Federation, since it still remains a member of FIG.

And now Kulyak can apply exclusively for commercial competitions.

In addition, there is an interesting point in the decision of the disciplinary committee, according to which the disqualification can be extended for six months.

“We are in a slightly unique situation.

Usually such a punishment appears where there is a season.

A person, let's say, was caught doping at the very end.

If it's marijuana or something else minor, then he gets a three-month ban and doesn't actually serve it because it falls on the off-season.

Therefore, there really is a practice when the suspension is extended to capture the real period of performances.

The main idea in the case of Kulyak is for the athlete to serve his sentence.

Otherwise, he will not feel it, because the entire team will be suspended.

It is important for the FIG to keep it out of international tournaments.

I think the logic is this, ”the specialist said in an interview with RT.

According to two-time Olympic bronze medalist Anton Golotsutskov, the lack of competitive practice for Kulyak is not so scary, because one year is a short time.

Sports should definitely be out of politics.

What they want, they do.

They're trying to bite us somehow.

They don't know how else to grab it.

But don't worry, we'll get through it.

Even if he is limited in competitions within the country, let him train while he is young, gaining experience.

Will prepare at the sports base, pass control training.

In any case, keep yourself in shape.

A year is not the time to worry about.

Sooner or later it will all end, ”explained the former RT gymnast.

Anceliovich also drew attention to the fact that the FIG could not take away the medal of the World Cup stage from the athlete, since there is no mandatory cancellation of the results for disciplinary offenses, but the international federation exercised its right.

However, according to Golotsutskov, this award is not of the dignity to be very upset.

“I would understand if it were the Olympic Games or the world championship.

And the World Cup stage is, by and large, a passing tournament, a training one, at which an athlete is preparing for other, more serious starts, ”added the five-time European champion.

At the same time, if the disciplinary committee treated the athlete with all severity, then there were no sanctions against the head of the Russian delegation Valentina Rodionenko and coach Igor Kalabushkin.

This, by the way, surprised the experts themselves, who were sure that they would also be punished.

Kulyak himself decided to refrain from commenting, however, according to Rodionenko, the disqualification should not affect the young man.

“How much will this damage Vanya’s fitness?

It won't hurt him.

We have sports to work on the program.

He is a strong guy, he understands everything perfectly, he trains, everything is fine.

This does not scare us, ”Sport-Express quotes a specialist.

Whether the FSGR will appeal the FIG decision is still unknown.

As explained by the head of the organization Vasily Titov, you need to wait for official papers.

“We are concerned about some things related to the extension of the suspension for six months.

You need to read the original text to understand whether we will challenge this decision, ”said the president of the SFGR.

According to Antseliovich, in any case, it is necessary to defend one's position, because the decision itself will not change.

“Here the question is a little different: in gymnastics, the appeal is not filed with the CAS, but with the FIG tribunal.

I don't really like such things as a lawyer.

If we return to anti-doping, there is a special requirement that all appeal bodies must be removed from the organization that made the original decision, so that they are really independent structures from each other.

Then we can talk about maximum objectivity.

Here, unfortunately, documents must be submitted to the same body, only other people will consider them.

And of course, such appeals slightly lose their chances of satisfaction.

There is an opportunity to convey your position.

But the internal structures still have not quite the right approach, ”said the lawyer.

Nevertheless, recently there have already been precedents when it was the bodies of international federations that turned out to be on the side of the Russians.