The last round decides the title.. Liverpool substitutes turn the tables on Southampton to continue the conflict with City

Liverpool came from behind with a goal to win 2-1 at Southampton, to keep its fierce struggle with Manchester City for the English Premier League title until the last round of the Premier League. 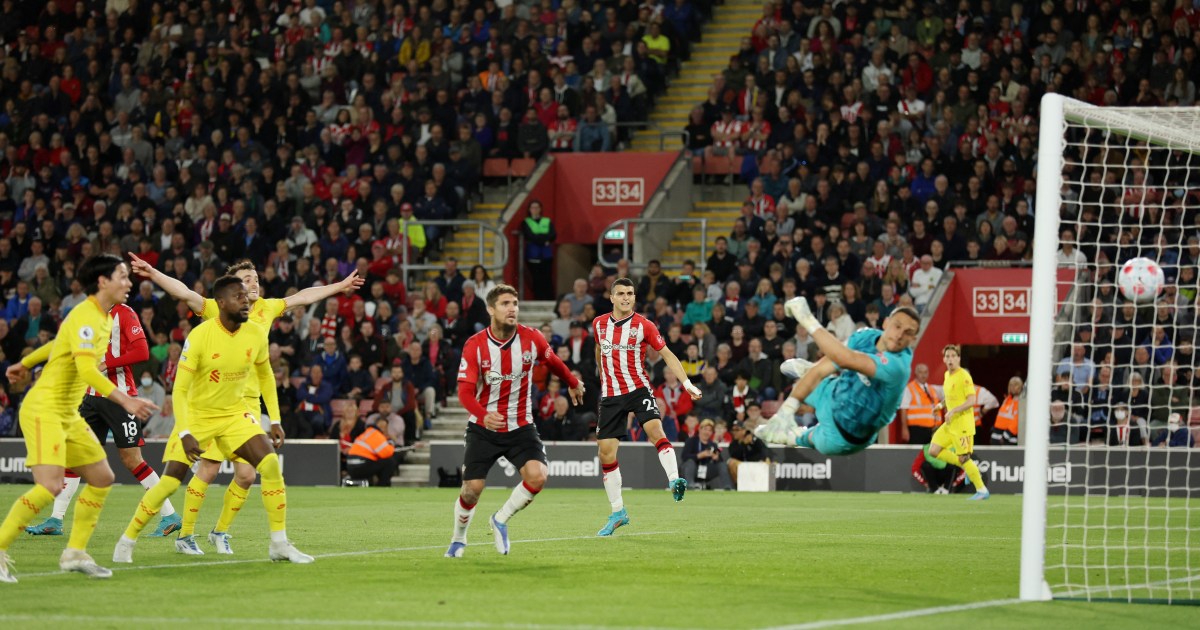 Liverpool came from behind with a goal to win 2-1 at Southampton, to keep its fierce struggle with Manchester City for the English Premier League title until the last round of the Premier League.

Liverpool’s victory over Southampton today, Tuesday, raised its score to 89 points and reduced the difference with leaders Manchester City to one point in the hope of losing City in its last match at the Etihad Stadium against Aston Villa, and Liverpool’s victory over its guest Wolverhampton in the last round, which will take place all of its matches at one date next Sunday. .

Liverpool needs to win the Premier League in the last round, defeating Wolverhampton with a loss or a draw with Manchester City, while City is enough to win any result over Aston Villa to win the title.

Watch the joy of the Reds players and fans in maintaining their hopes of competing for the Premier League title # Premier League # Southampton_Liverpool pic.twitter.com/icz60EV15T

And at St. Mary's, Southampton took advantage of that he was playing at home and among his fans, and Jurgen Klopp, coach of Liverpool, involved a squad, most of them substitutes, and scored in the 13th minute through Nathan Redmond.

But Liverpool quickly regained its balance and after a series of attacks, they equalized in the 27th minute through Takumi Minamino.

Joel Matip managed to settle the score for the Reds by scoring the second goal with a brilliant header from a corner kick by Costas Tsimikas in the 67th minute, ending the adventure of Southampton greedy for points from the Reds, and his score stops at 40 points in 15th place.

Klopp rested 9 players from the starting lineup that beat Chelsea in the FA Cup final last Saturday, and it seemed that this might cost him the title after falling a goal, but the substitutes proved their presence with a precious victory.

Klopp aims to rest his key players in preparation for the upcoming Liverpool match against Real Madrid in the Champions League final on May 28 in the French capital, Paris.