Historical win in the Giro d'Italia

Biniam Girmay wrote a piece of cycling history on the tenth leg of the Giro d'Italia. He became the first Eritrean cyclist, also the first black athlete, to win a stage in a Grand Tour. 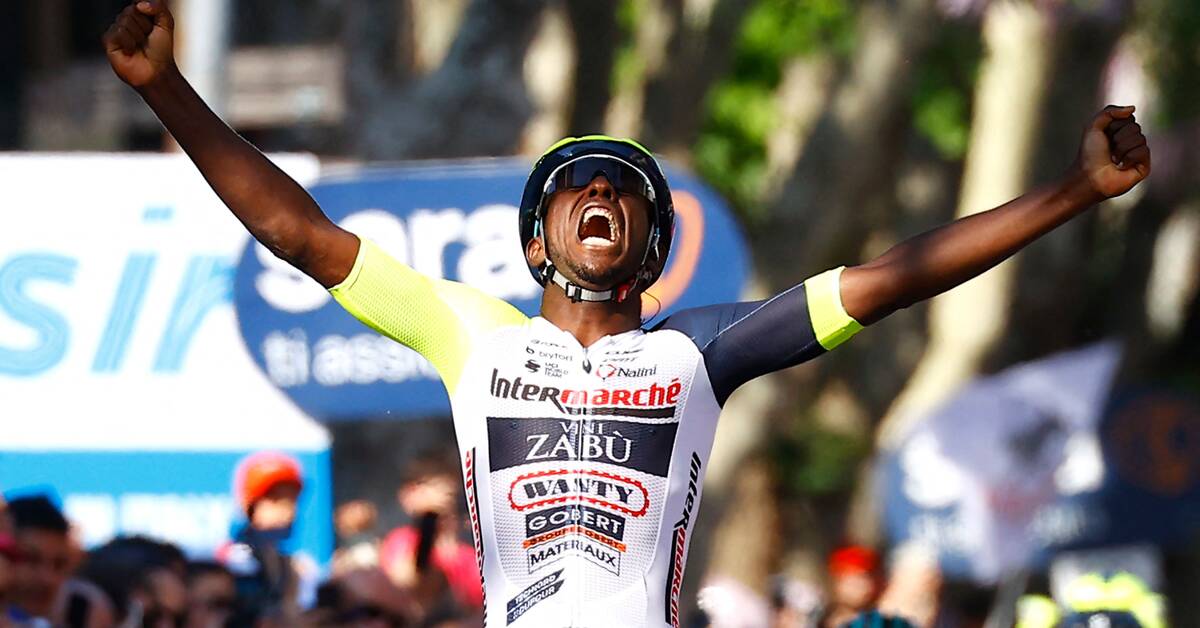 We had good control and the stable ran so well for me.

They have a big part in this success.

I am grateful and happy for what we achieved, Girmay told Eurosport shortly after the victory after 196 kilometers with a finish in Jesi.

The first half was pancake flat while the second half was hilly most of the time and made the stage tough.

Girmay started the sprint with 300 meters left slightly uphill and got the sharp Mathieu van der Poel on a roll.

When most people were waiting for the Dutchman to pass, Girmay stepped out instead and was able to win clearly.

van der Poel gave up the last meters and gave the thumbs up and after the finish they hugged each other.

Competitors stood in line to congratulate Girmay on this special day.

Girmay has created a great interest in cycling in Eritrea and is a superstar in the country where it is celebrated in the pubs in his hometown, the capital Asmara.

van der Poel had problems with the rear derailleur with 50 km left and lost about a minute on the cluster before he got a new bike and could be in the final battle.

Girmay seemed to be away from the victory battle when he drove wrong in a curve with a couple of kilometers left to go.

There were no reversals in the summary.

- We understood that it would be tough in the end but we managed to stay far ahead.

After Sunday's tough mountain stage, the lead was squeezed together and there is only a difference of 29 seconds between the first seven in the summary.

Girot finishes in Verona on May 29 after 21 stages.