Football for girls and women is growing right now so it's cracking all over the world. But there was a time when women's football was bigger than men's football. This is the story of the women's team that was successful, but was banned by the powerful men of football. 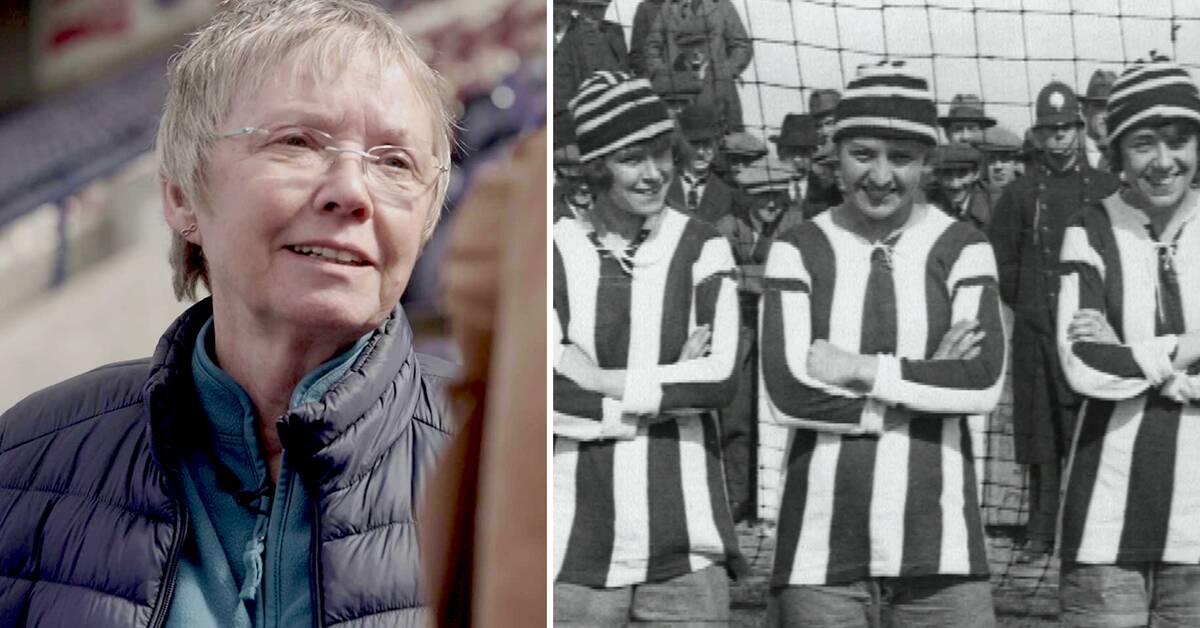 One hundred years ago, there was a team called "Dick Kerr Ladies" in the UK, which drew both audiences and money.

When the men went to war during the First World War, it was the women who took over the jobs in the factories.

Thousands of men died and were injured as a result of the war, and aid was needed for those affected by the war.

Gail Newsham, author of the book “In a League of Their Own!

- The girls made ammunition in the factories and played football with the boys during the breaks.

That's how it started.

The women then decided to start playing charity matches and get paid to contribute to the families who needed money.

They simply did not fit.

A breathtaking figure that even today qualifies in the top ten of women's football's most watched matches.

Four of the players in Dick Kerr Ladies.

Dick Kerr Ladies during one of their charity matches.

Women were forbidden to play football in the arenas

But when the war was over in 1918 and the men were back in everyday life, the hard blow came.

Football was, according to the complaints, unsuitable for women to play and too little of the money went to charity.

A devastating decision for football.

But above all for the women who practiced it.

- The ban lasted for 50 years and it was the last injustice of the last century in sports, says Gail Newsham.