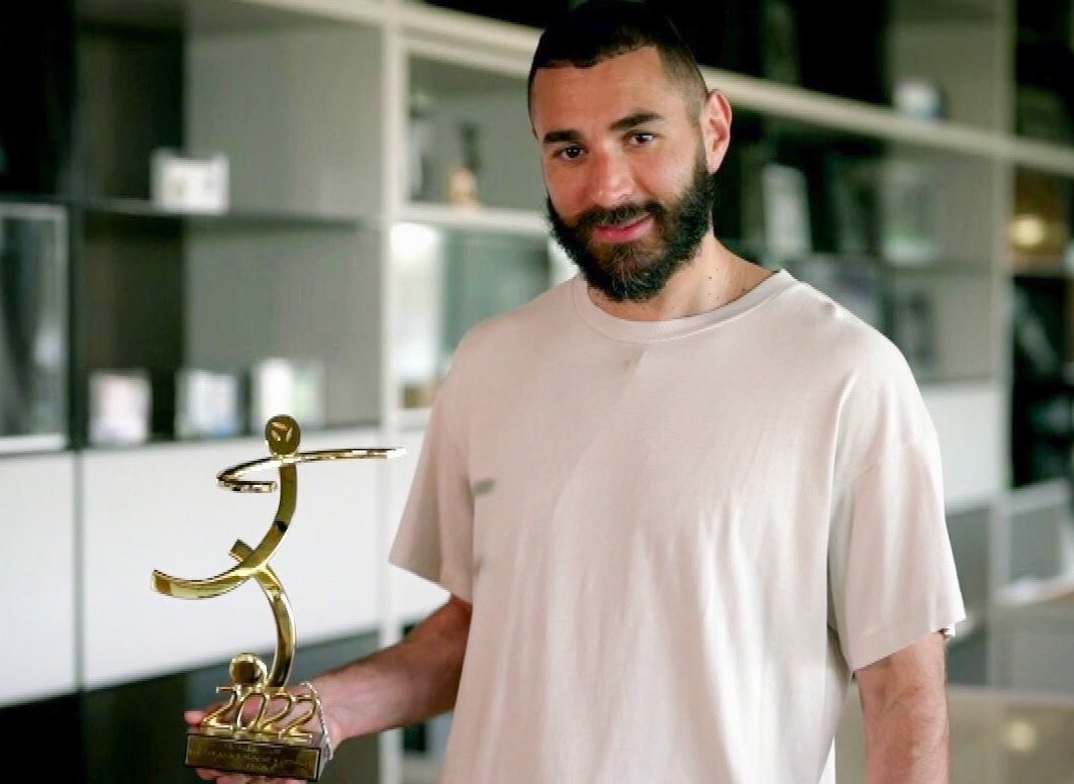 Benzema starred in the Real Madrid shirt this season, and led the royal team to win the Spanish League title and qualify for the Champions League final.

Benzema played 44 games with Real Madrid this season, and the French star managed to score 44 goals, and also provided 15 assists during the Spanish team's matches.

Italian Gianluigi Donnarumma, a player from Paris Saint-Germain, won the best goalkeeper award in the French League this season.

And he won the award for the best technical director in the League, Bruno Genesio, coach of the Rennes team.