Mikel Landa in its purest form at the Blockhaus: fall and ascent to make you dream

Landismo, that phenomenon so difficult to explain, between genius, courage and misfortune, lived in the Blockhaus one of its most authentic chapters. There where... 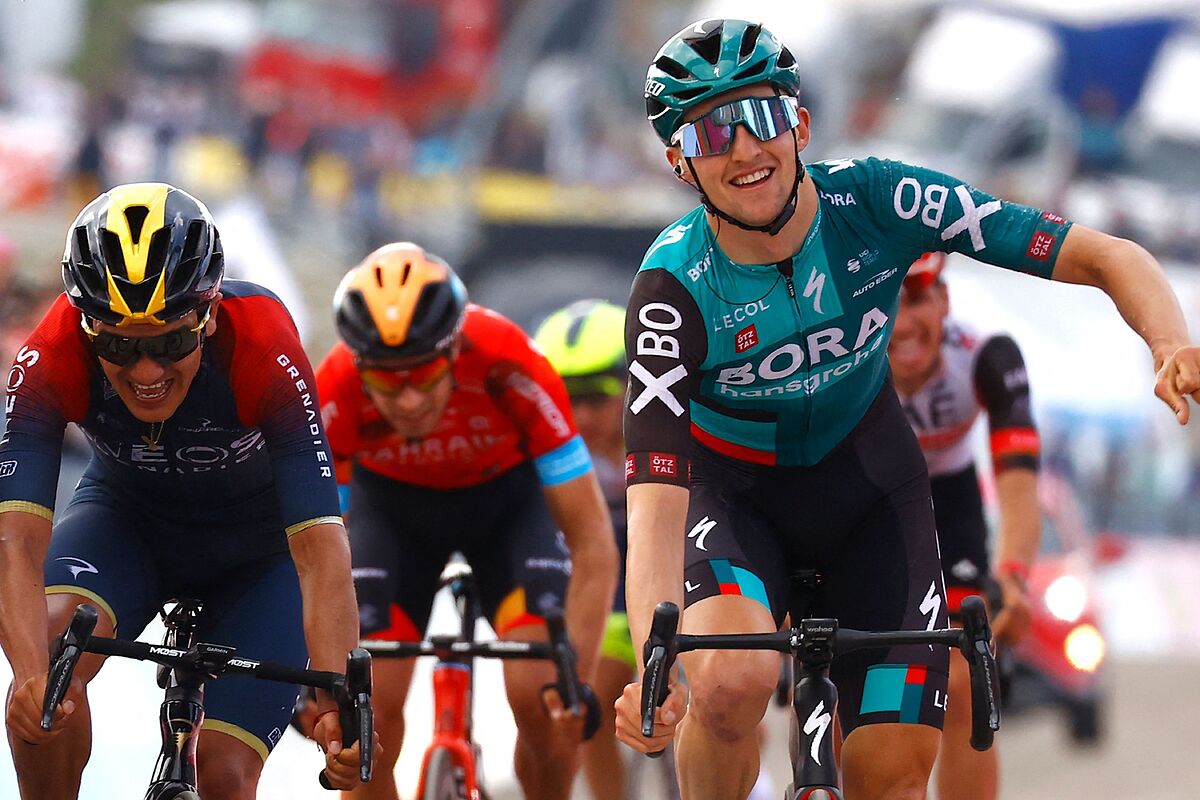 so difficult to explain, between genius, courage and misfortune, lived in the Blockhaus one of its most authentic chapters.

There where a Giro was left behind in 2017 due to a fall caused by a television motorcycle,

was powerful, confident, even playful on the endless ramps of the colossus -13.9 kilometers at 8.4% on average- in which

was baptized 45 years ago.

He did not win, he did not even scratch too much in the general classification and he even had a fall without apparent consequences before, but the man from Vitoria was the man of the day with the permission of

, the honorable cyclist, in pink one more day.

In the heart of Abruzzo, with the suffocating wind and heat as guests, the first big sieve of the Giro was made.

Fireworks with little gunpowder, although with definitive victims.

In the first big mountain stage

said goodbye , in so many pools the British, also

On the Bandoleros Hill, where in 1972 the

signed one of his feats, where the last winner had been

, because the three strongest were, without a doubt,

Before reaching the first ramps of the Blockhaus, misfortune struck

, with a montonera in which he was one of the worst unemployed.

He was going to suffer the one from Gernika later, although he managed to save the day.

He also kissed the Landa asphalt, descending the Passo Lanciano, although only his jersey apparently suffered the consequences.

The leader of Bahrain signed a promotion to dream: it had been a long time since he seemed so full.

Because it had been the Ineos that monopolized the rhythm, the one that did not let the breakaway of the day succeed and the one that finally made the selection.

first and, above all, a very strong

in what is his last big lap, left the peloton shivering.

In those stresses, Juanpe, with his open pink jersey, with his nervous and electric pedaling, made the sharpener with Alejandro Valverde

and lost the gap at the worst moment.

The Lebrija native struggled against the air and bad luck, but his suffering was going to have a final prize: he saved the jersey by 12 seconds with

and, at least until Tuesday -tomorrow is the rest day-, he will continue to take the leading role he deserved, that sleep from which no one wakes him.

The trio left but did not make way, because Joao Almeida, from less to more, resisted along with Hindley and

Two other veterans of hats off were alive until almost the end, honors to Valverde and

United the sextet with 700 meters to go, with Almeida, surely the fastest, exhausted, Hindley stole the win from Bardet and Caparaz.

The Australian, podium in the 2020 edition, adds his second stage win in the Giro.

"I've tried to survive. I've been feeling better and I knew about the final corner," said the BORA rider, who is fifth overall led by Juanpe ahead of Almeida, Bardet and Carapaz.