Korean high jump player Sang-hyuk Woo wrote a new history once again. He won his first ever gold medal by defeating Olympic champions in the Athletics Diamond League, which featured only world-class athletes. 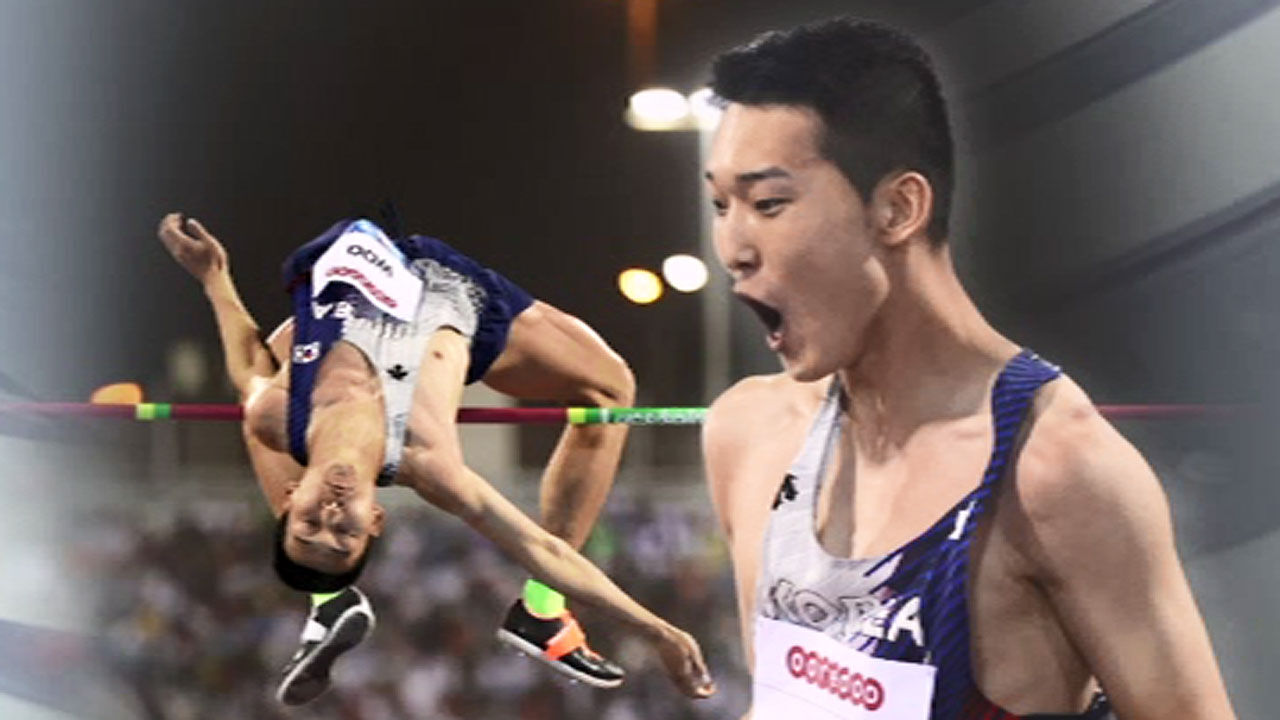 Woo Sang-hyeok, the leader of the Korean high jump, wrote a new history once again.

In the Athletics Diamond League, where only world-class athletes compete, he defeated Olympic champions to win his first gold medal.

After reporting his first Diamond League challenge with a big salute, Woo Sang-hyuk embroidered the night sky of Doha, Qatar with a spectacular leap.

he cheered and jumped over the bar in the 3rd round and roared.

While the strong wind blew, world-class athletes, including Olympic joint gold medalist Tamberry, were eliminated one after another, but Woo Sang-hyuk cheered with a V-shape of victory after lightly succeeding in 2m 27. I did.

Both fighters were successful in their first season, and they were mixed in this year's outdoor record of 2m 33.

Woo Sang-hyuk induced the audience's applause and then jumped over the bar at once,

After winning the championship, Seung-hyeok Seung finished the golden leap with a bright smile after finally challenging the Korean record of 2m 37.

[Sanghyuk Woo / National Athletics Team: I think I was able to win the championship comfortably because I got a lot of support.

This year, both indoors and outdoors, ascending to the top of the world rankings, and winning gold medals in the Diamond League following the indoor world championships in March, Woo Sang-hyuk opened up his era.