What happened to those who clamored to lose weight?

May 11 is World Obesity Day.   "Obesity" has been identified by the World Health Organization as one of the top ten chronic diseases and is a major threat to human health. "Losing weight" has become a word that many people often talk about.   But those who are clamoring to lose weight, have they really succeeded in losing weight? Does Weight Loss Mean Better Health? What is the purpose of losi 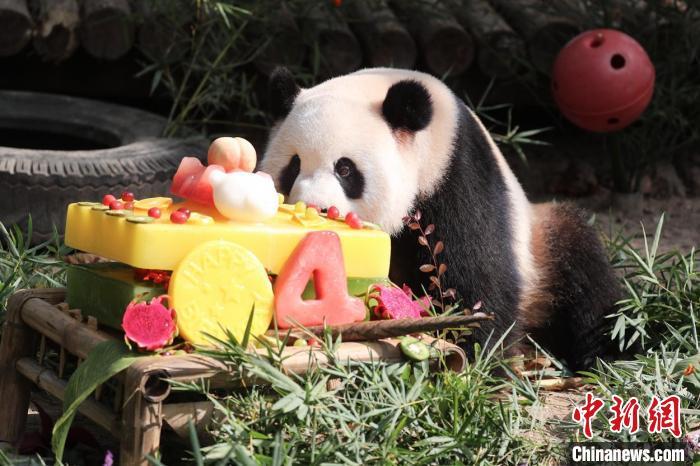 May 11 is World Obesity Day.

"Obesity" has been identified by the World Health Organization as one of the top ten chronic diseases and is a major threat to human health. "Losing weight" has become a word that many people often talk about.

But those who are clamoring to lose weight, have they really succeeded in losing weight?

What is the purpose of losing weight?

When Jia Zhihao made up his mind to lose weight, his weight reached 270 pounds.

Although he is about 1.9 meters tall, this weight is still too high, and his friends call him "chubby".

"At that time, I had fatty liver and elevated transaminases. I was almost quarantined as hepatitis B. My blood pressure exceeded the standard, I was sweating, panting, and snoring in sleep. My roommate laughed at me for being fat and said I couldn't find a girlfriend!" he recalled.

For people with a large weight base, there are many considerations for weight loss.

For example, Jia Zhihao tried skipping rope, but his knees couldn't stand it for two days.

He also tried swimming to lose weight, but he was often hungry after swimming, and after a big meal, the weight did not drop but rose.

When he was most anxious, Jia Zhihao also tried weight loss tea, but the result... "Except diarrhea, there is no use for it!" In the end, he found that moderate exercise and a healthy diet are the most suitable weight loss methods for him.

After hard work, Jia Zhihao reached 180 pounds when he was the lightest. "At that time, I felt very light and all the physical indicators returned to normal, and I could buy some good-looking clothes." He said.

But his former obesity still left a mark on his body. "Sometimes I'm very hungry and want to overeat. I can't control my diet a little, and I will soon rebound about 10 pounds. I feel that my body has a certain effect on my weight. memory."

Jia Zhihao now weighs about 215 pounds. In recent days, he has started a new round of weight loss.

This time, his goal is still 180 pounds.

The cat named Daxi is eating.

During the physical examination in 2019, Luo Yang was close to 200 pounds.

In addition to being found to have high blood pressure, blood lipids, cholesterol, and triglycerides are all high, and people are easily fatigued.

At that time he knew that for health, he had to start losing weight.

In fact, before he made up his mind to lose weight, Luo Yang also had the habit of exercising, but he did not control his diet, which led to running too much, eating too much, and drinking too much, and exercise became the beginning of an unhealthy life "cycle".

So, this time, he began to live like an "ascetic".

During the lunch break, colleagues have different lunch dishes, and the office is full of the smell of food.

After Luo Yang came back from running, he silently took out corn and sweet potatoes.

That perseverance paid off, as his weight dropped almost visibly, now reaching 150 pounds.

"The body feels more flexible, and the energy is much more abundant than before." Luo Yang said.

However, the long-term use of coarse grains as the main food and the lack of meat intake caused problems in his resistance.

When the workload is intense, the allergy symptoms can be very severe, and even asthma at one point this year.

Although outsiders unanimously praised his weight loss results, Luo Yang's family believes that health is the most important thing: "It doesn't matter if you are fat or thin."

Therefore, under the premise of insisting on exercising, Luo Yang gradually relaxed the control of diet.

In his view, losing weight is for health, not for being "thin".

"Look at your chin, you're not fat at all." Every time Liang Chen was clamoring to lose weight, grandma would tell her that.

And because he was in a different university, every time he returned home during the winter and summer vacations, Liang Chen had to accept all-round "feeding" from his family, as if he wanted to finish the delicious food in one vacation.

During the winter vacation of her junior year, her weight soared to 130 pounds, which exceeded the standard weight for her height.

Although it's not fat, the clothes I usually wear are a little tight.

"The effect is very obvious. Every night, the weight will be lighter. One day, I lost two pounds at once, but it came back as soon as I drank water." She recalled with a smile.

It is true that dieting to lose weight is easy to rebound, and every time the weight regains a little bit, she will feel a little anxious.

In such a tangled mood, Liang Chen really lost weight, reaching 103 pounds at the lightest.

"When I was about to graduate, I was having dinner with a few friends. Someone told me that I was already skinny enough. Don't continue to be hungry, and your face has turned bad." Liang Chen said that at that time she was already wearing a size S, but The impact of dieting on physical condition is ignored.

Now, she has been working and her weight has rebounded again due to sedentary inactivity.

She was a little distressed: "Should I go on a diet? I really don't want to exercise..."

A flock of swans "dance" on the ice.

Yang Yu's weight loss journey can probably be traced back more than ten years ago, when she was still in school.

"At that time, my good friend was very thin, and his legs were thin." Yang Yu recalled, which made her feel anxious unconsciously.

Although she weighed only 115 pounds at that time, she felt that she was not tall, and this weight was still too heavy.

In order to lose weight, Yang Yu has tried many methods.

She felt that at that time the concept of exercise was far less popular than it is now, and there were basically no gyms.

When she lived in high school, she got up early to run, and there were not many people in the playground.

"In winter, when it's still dark in the morning, I just run there by myself."

After "tossing" for a few months, Yang Yu found that her weight basically remained the same because she couldn't keep her mouth shut.

"At that time, there were a lot of L-carnitine capsules, milk tea, etc. I didn't know much about it, so I wanted to try it. As a result, my menstruation was very abnormal that month." Yang Yu said.

So, she quickly stopped the diet pills.

"Later, I saw a lot of news that (someone) had an accident after taking a fake diet pill, and I felt that I was relatively quick to respond." Thinking back now, Yang Yu has lingering fears.

Now, she is already a mother of an 8-year-old child, and she no longer talks about "weight loss".

"I took a measurement two days ago, and it was basically 115 pounds. Maybe this number is related to me." She said with a smile.

(At the request of the interviewee, all pseudonyms are used in the text.)