Luleå's coach before Game 7: "Must have hearing protection in the booth"

The Swedish Championship final series between Luleå and Färjestad will be decided in a decisive seventh match, a Game 7, before a packed arena in Norrbotten. The pressure from the fans will be crazy screwed up. - It feels like I have to have hearing protection in the booth, says Luleå's coach Thomas "Bulan" Berglund to SVT Sport. 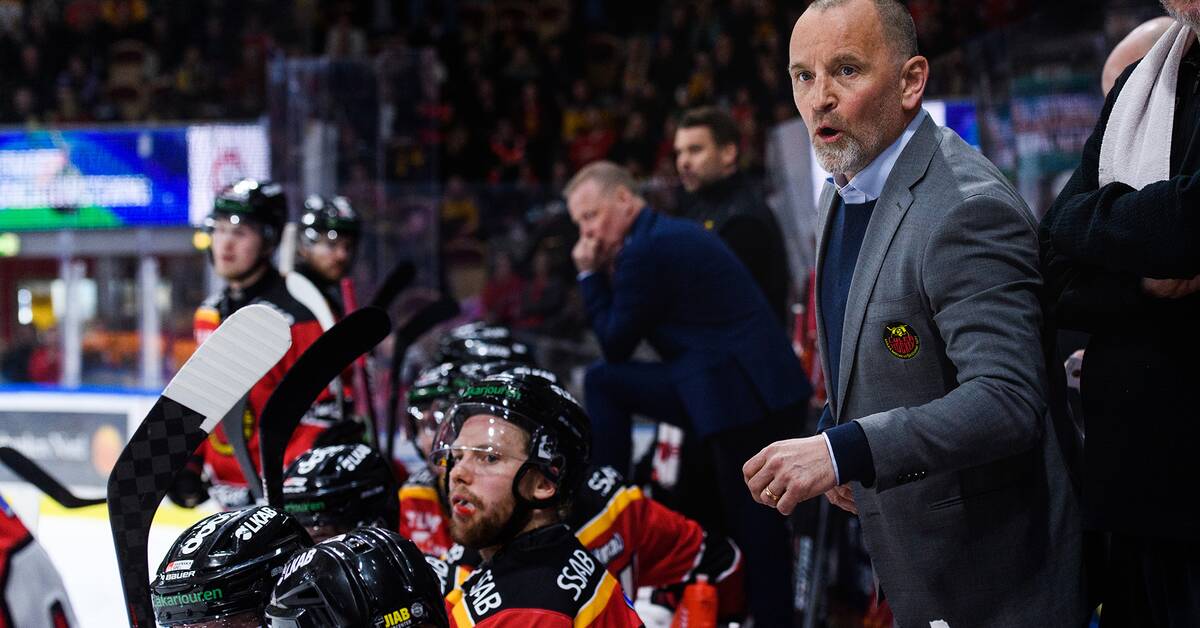 Already after twelve minutes, Färjestad led 2-0 in the sixth final on Monday and the uphill became too steep for Luleå who lost 3-1 and now has the seventh match at home at 19.30 on Thursday.

So far, all the winnings have gone to the home team.

- Now we have a home field and it will be decided in a seventh match.

It is only to congratulate those who get the chance to watch the match live, says Luleå's head coach Thomas "Bulan" Berglund.

He is prepared for a mood beyond the ordinary.

- It feels like I have to have hearing protection in the booth.

It will of course be a fabulous atmosphere with a lot of expectations and we will do our part.

We will work hard and come out better than last time and we will show that, Berglund promises.

"Must get rid of anxiety"

Back Erik Gustafsson thinks that the team was too careful initially in Karlstad.

- We have to get rid of the anxiety we had in the first period.

I think we learned the lesson and come out with the gas at the bottom and really play out and play our hockey.

Then we have a good chance of winning that match, says Gustafsson.

Both teams have enormous support at home and it has been crucial so far with the energy, says Gustafsson.

Brendan Shinnimin burned an open goal position, the puck in the post, when Luleå chased at a 0-2 disadvantage in Karlstad.

- We will come out hard and play with playoff confidence.

If we do that, we have a great chance to win.

Now there is no turning back.

This is the last match of the season.

Being part of a Game 7 is the most fun you can be part of.

You can not ask for anything more than that to decide the championship and I look forward to it, says Shinnimin.