Guardiola already has Haaland, the perfect toy: millions, goals and the story of a necessity

Between the continental elimination of Manchester City at the hands of Real Madrid at the Santiago Bernabéu and the official announcement of the signing of Erling Haaland (Leeds, England, 2000)... 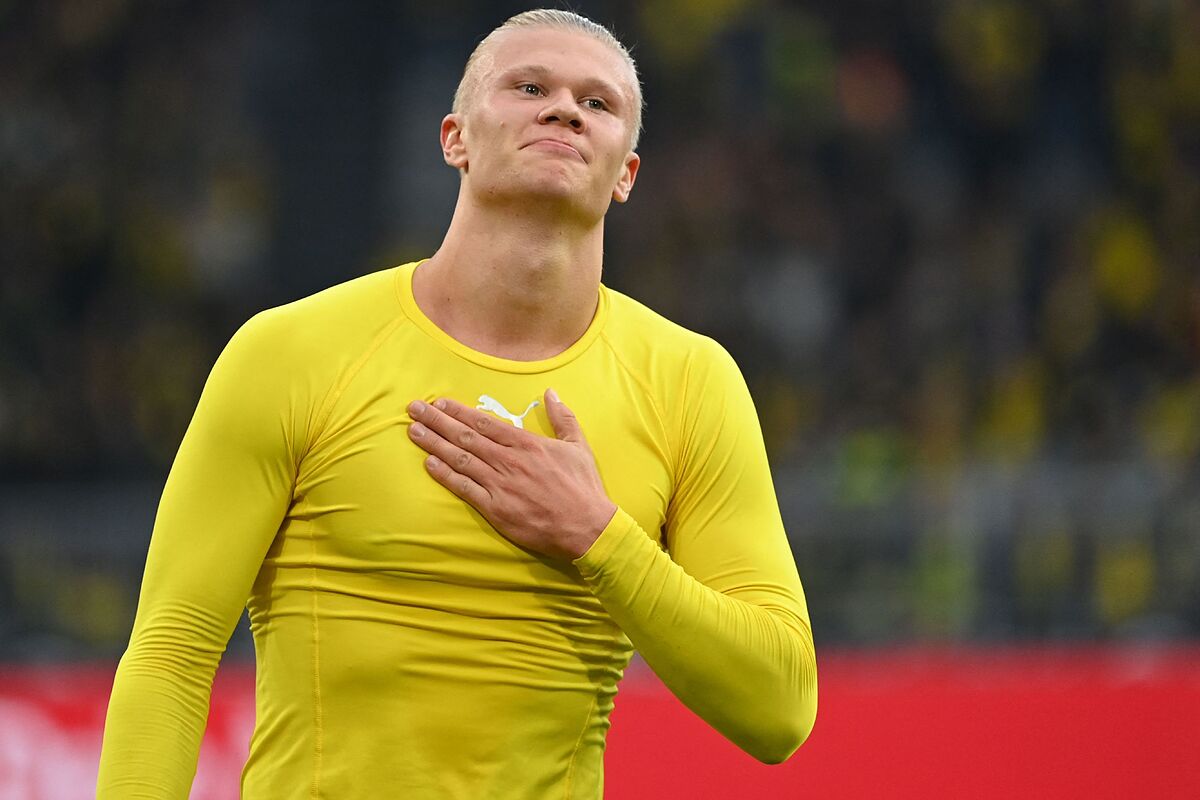 And few clubs in the world like City, supported by the investment funds of the Abu Dhabi royal family, have such an ability to offer the most coveted pieces to a coach.

had been admitting an increasingly pronounced need for some time.

, imposing in England, incomplete in Europe, it lacked a specialist, a goalscorer.

A footballer with cyborg ways, still tactically malleable and insensitive to historical urgencies.

When on March 9 Joan Laporta gathered a group of journalists at a long table full of croissants and sandwiches to officiate a private mass, the president of Barcelona, ​​albeit with a small mouth, already admitted that Haaland would end up at Manchester City .

This had been made known to him both from the environment of the English club, where he retains old allies, and from the circle of his good friend

Laporta assumed, first, that Real Madrid would focus all its efforts on

, and that the Barça club would not be able to face an operation that he himself valued at 250 million euros.

It was of little use that

, met in Munich with the striker to talk to him about the supposed reconstruction of Barcelona.

The figures for the signing of Haaland, at the expense of the striker having just agreed to his employment contract, are still slipping into dreamlike territory.

Although from the big representation agencies it was speculated that the striker's termination clause to leave this summer was 75 million euros, from the Manchester City environment the payment to Borussia Dortmund is set at 60 million as a transfer, bonus aside.

Regarding salary, Haaland will receive around 22 million euros net for each of the five seasons signed.

The relationship with the battering rams

In any case, numbers that force comparison with the signings made by

at the height of his presidential delirium at Barça.

-about to be transferred now for 20 to Aston Villa, where he plays on loan-;

105 million fixed and 20 in variables for

, who is rushing through his fifth and last year of contract without any sporting or economic profitability;

, on loan for two seasons to Atlético where he prolongs his twilight.

Around Guardiola the legend always hovered that he was a coach who rejected the traditional figure of the center forward.

That his soccer demanded a choral development that had as a metaphor that 3-7-0 system with which he won the Club World Cup against Santos in 2017. It all had to do with the need to seek answers.

He devised the false center forward position for Messi at the Bernabéu because he needed to create superiority in midfield.

-who best adapted to the side- or

In Munich, after a difficult year with

, he had a fabulous understanding with a pure striker like

While at City, after crying over

's farewell and seeing how Tottenham didn't give in to

, he had to reinvent himself.

has been his go-to option this season.

But Haaland, with 0.97 goals this year on average, takes him to another dimension.