Haaland to Manchester City .. a deal worth 350 million euros

The Spanish newspaper, “Marca”, has monitored what the Manchester City treasury will incur in the imminent deal to include Norwegian star Erling Haaland, the top scorer of the German football team, Borussia Dortmund. 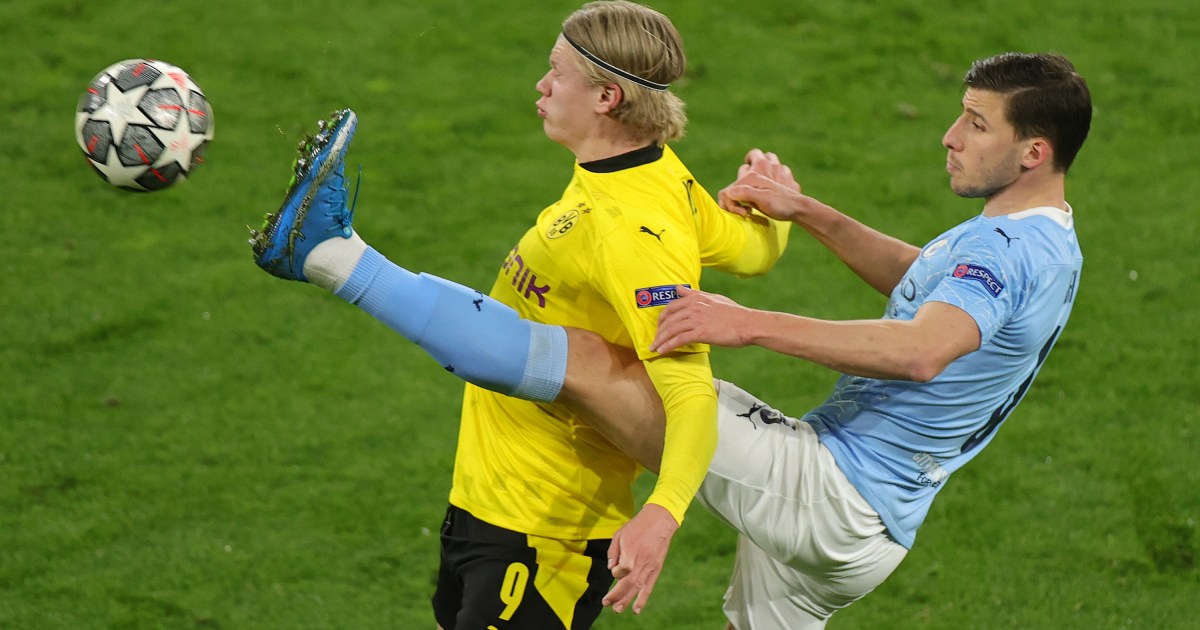 The Spanish newspaper "Marca" (MARCA) has monitored what the treasury of Manchester City will incur in the imminent deal to include Norwegian star Erling Haaland, the top scorer of the German football team, Borussia Dortmund.

And Marca indicated that the penalty clause that City will pay to Dortmund is much less than the market value of the Norwegian player, which amounts to 150 million euros, according to the estimate of the German “Transfermarkt” website, which specializes in the football economy.

The newspaper said that the biggest sum in the deal is the supposed salary of the 21-year-old in England, as the gross - not the net - figures are frightening of 200 million euros in 5 years, which could put Haaland among the top 5 paid stars in the world.

The newspaper concluded its report that financially huge deals are not new to Manchester City, which has already spent more than one billion euros on transfers during the era of coach Pep Guardiola, which began in 2016.