In the video .. “Real Madrid belongs to another world” .. the Spanish media sings “the greatest night in the history of the Santiago Bernabeu”

The Spanish media praised the achievement of Real Madrid, the La Liga champion, who rose up against its guest, Manchester City, in the second leg of the Champions League final last night, to qualify for the final of the tournament. 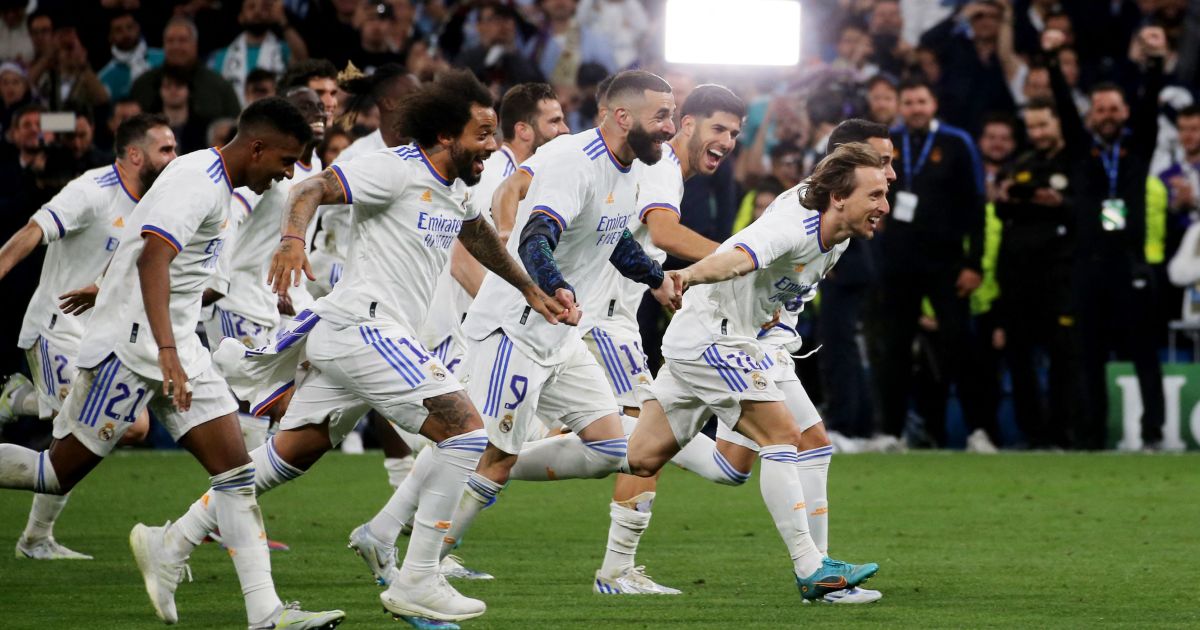 The Spanish media praised the achievement of Real Madrid, the local champion, who rose up with a huge uprising against its guest, Manchester City, in the second leg of the Champions League final last night, to qualify for the final of the first European club championship.

And just minutes before the end, City were leading 1-0 and seemed on the way to qualifying for the final match against his compatriot Liverpool in Paris, before Rodrigo scored two goals near the end and Karim Benzema added a penalty kick in extra time to win the hosts 3-1, 6 - 5 in the total result of the two home and away matches after City's 4-3 victory at home, in the first leg.

🔥🔥 Crazy crazy.. no one can do it except the royal #European_Champions_League |

"Real Madrid belongs to another world," the newspaper AS published in the Spanish capital said in its headline, along with a picture of the team's celebrations.

And about this achievement, the newspaper Sport "Massive" said after Real Madrid succeeded once again in overturning its delay in the first leg, after it did it in the face of Paris Saint-Germain, the French champion in the final price round.

🎉🥳 Hoping to achieve the 14th title.. The Royal battalion celebrates with its fans its impressive qualification to the Champions League final #European_Champions_League |

A local radio station in Catalonia described what happened as "not football, but a paranormal phenomenon".

Real Madrid will meet Liverpool in the final on May 28 in Paris, in a repeat of their confrontation in the final of the 2018 edition.

🎙️ Carlo Ancelotti: "Real Madrid does not give up" #UEFA Champions League |

Former Real Madrid president Ramon Calderon said UEFA should give the club a special award in recognition of its efforts to return in matches and reach the Champions League final for the 17th time, including the old European Cup.

"I think UEFA should give us a really special trophy for what we've achieved in these three matches," Calderon added. "It's amazing. I don't think it's happened before. I hope UEFA will take that into consideration."

On the streets of Madrid, discussions are still going on about the amazing match.

"Never lose hope when it comes to Real Madrid," said fan Maria Jose Gomez. "I changed channels every 5 seconds so I wouldn't die of fear. On top of that, I could hear the roar of the stadium from my house and I lived two kilometers away."