Arsenal do not intend to give away the league title to Chelsea. Stina Blackstenius scored one of the goals in the 7-0 crush at home against Aston Villa, and tonight Chelsea must answer to keep the grip. 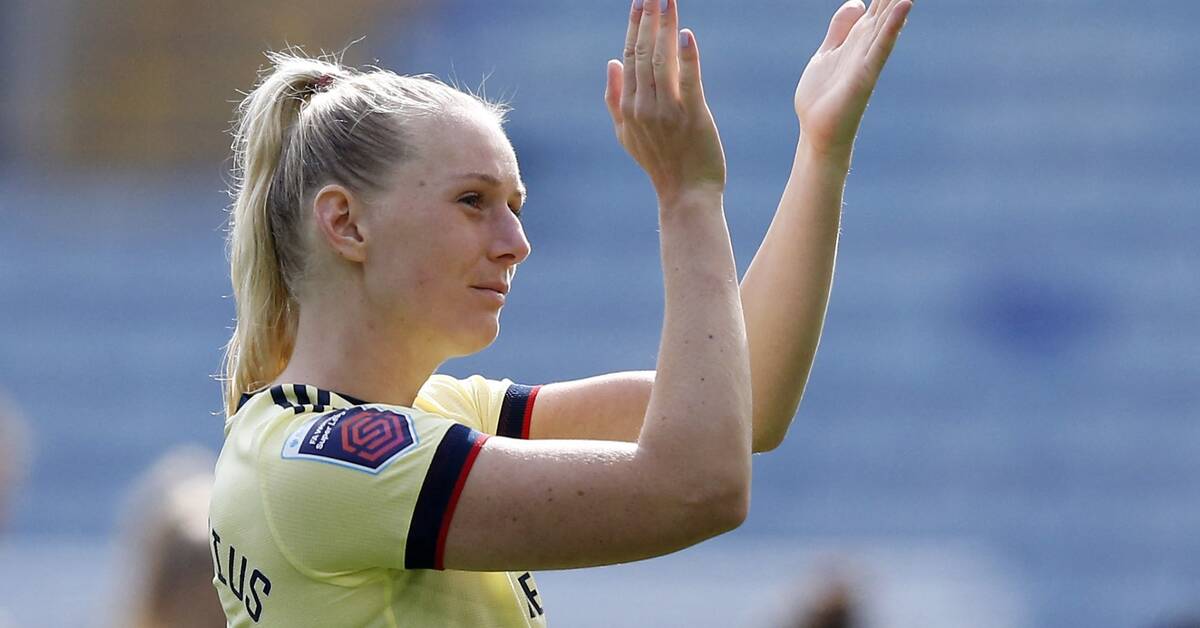 The Super League title will end up in London, but whether it will be with reigning champions Chelsea or Arsenal remains to be seen.

After Arsenal's 7-0 victory at home against Aston Villa, the pressure on Chelsea will increase, who will visit the last-placed Birmingham later tonight.

Chelsea are still first, one point ahead of Arsenal, but have only one match left to play after tonight - at home against Manchester United next weekend - while Arsenal have two.

The latter started on the bench against Aston Villa but was substituted in the second half, setting Arsenal's 6-0 goal in the 83rd minute.

Blackstenius got the ball in the deep, to the right in the penalty area, and looked for a long time for a pass into the middle.

But when even the Aston Villa defense put all the focus on who would get the ball, the Swede decided to instead surprise with a cheeky outside directly in goal.

It was Stina Blackstenius' fifth league goal in the Arsenal shirt.

Arsenal host Tottenham at home on Wednesday, and then end the league away against West Ham on Sunday in a week.