Gif Sundsvall's goalkeeper Andreas Andersson was carried on a stretcher in the match against Elfsborg. Now comes the news that it is a ligament injury in the knee. - When something happens in the knee, you always think the worst, of course, says Andreas Andersson to SVT Sport. 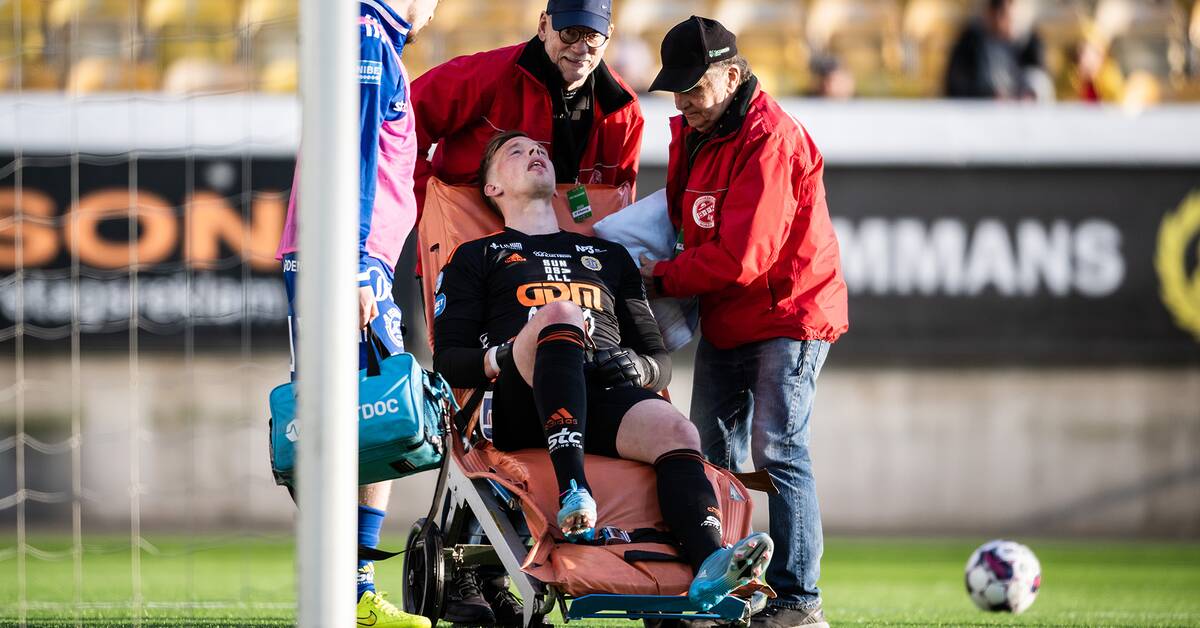 Early in the first half between Gif Sundsvall and Elfsborg, the accident occurred.

Andreas Andersson felt that something was happening in the knee and the goalkeeper was carried out on a stretcher with a feared injury.

Now comes the news that this is an injury to the knee.

- I was told that it was a ligament injury.

When something happens in the knee, you always think the worst, of course.

And that was not the worst.

So from that perspective, it's nice, of course.

It will of course take a while, but it's just driving.

It's nice to get the answer so you can start rehab.

"A void until you get the answer"

The first thing that comes to mind is the cruciate ligament?

- Yes, but everyone does.

Not that anything before pointed out that it would be so.

When it's the knee, you always get funky.

There will be a void until you get the answer.

The season is not over then?

I do not know how long it will take, I will take it with Sandra (Sandberg, physiotherapist) and Mattias Tell (team doctor).

They have only received the statement and will talk to each other.

"Nothing that slaughters all season"

No preliminary forecast on how long you will be gone yet?

- No, it will probably come in the next few days.

We take it from there.

You're relieved it's not the cruciate ligament?

There is nothing that slaughters the whole season.

That's the worst thing that can happen to you.

From that point of view, you have to be happy.

Sundsvall's sports director Urban Hagblom has previously told SVT Sport that it is not relevant to pick a replacement.

The "Giffs" will face AIK on Sunday.