Liaoning wins the CBA championship! Guo Ailun, who used to cry, finally had the last laugh

Image source: CBA official blog.   China News Service Client, Beijing, April 26th (Wang Hao) On the evening of the 26th, as the final whistle sounded, the Liaoning men's basketball team won the fourth game of the finals with 100:82, sweeping the field with a big score of 4:0. The Xiamen men's basketball team won the CBA championship this season.   The game lost its suspense early in the first qu 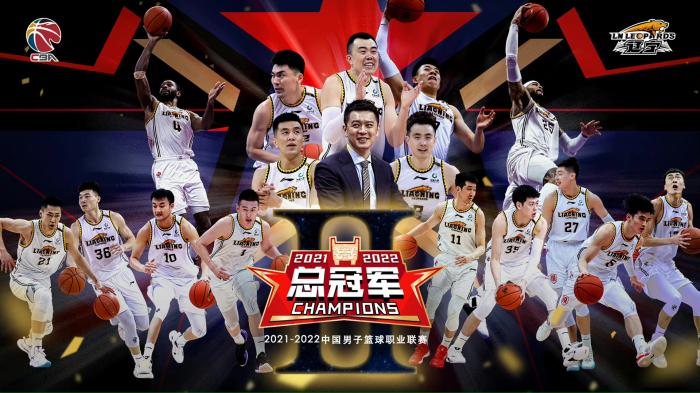 The game lost its suspense early in the first quarter. At the end of the half, Liaoning had led by 29 points, and finally took the victory without any suspense.

Zhao Jiwei, who performed well throughout the series, won the FMVP title.

As one of the twin stars of Liaoning's backline, Zhao Jiwei didn't perform well in the finals last season and was under a lot of pressure from public opinion.

And now, all the pressure has become the background plate of honor.

This season is the 10th time in the history of the Liaoning team to enter the CBA finals, but before 9 times, Liaoning has only won the championship once in 2018.

In a contest where the strength is close, health, mentality, tactics, adaptability and luck are indispensable.

Losing doesn't feel good, especially when a champion is within reach.

Pictured is the match.

After losing to defending champion Guangdong in the finals last season, Guo Ailun and his teammates watched their opponents complete three consecutive championships.

He walked into the player tunnel tiredly, bent down and put his hands on his knees. Guo Ailun, who passed the championship once again, cried: "I'm really not reconciled, I want to win that championship."

At that time, Guo Ailun played in the professional league for many years and only had one CBA championship in his hand.

Guo Ailun (black) is in the finals.

Although Guangsha's two generals, Hu Jinqiu and Zhao Yanhao, both missed the finals due to injuries, Guangsha is a very resilient team and has caused trouble for the Liaoning team throughout the series.

For Liaoning players, there can be no slack.

In the third game of the finals, Guo Ailun, who had played in the first quarter, sat on the bench and retched. The once young boy has now become a veteran.

On this night, his persistence paid off.

After the end, Han Dejun seemed a little calm. He smiled and enjoyed the joy of winning again after a lapse of 4 years.

As the inside pillar of the Liaoning men's basketball team, as he grows older, his pace has become less brisk, but for the team's victory, he tried his best to attack and defend.

Years of sports career have left Han Dejun scarred. In the finals last season, he insisted on appearing with a fatigue fracture of his elbow, but in the end he failed to help the team win the championship.

Today, such regrets may be slightly compensated.

When the Liaoning team enjoyed the victory, the Guangsha men's basketball players silently swallowed the bitterness of the defeat.

Despite their best efforts, the disparity in strength prevented them from winning even a single game in the finals.

On the seats on the sidelines were the jerseys of Hu Jinqiu and Zhao Yanhao, who were absent due to injuries. They were not here, but they accompanied their teammates through this moment in another way.

Every year in the CBA league, only one team can have the last laugh, and on the road to the championship, there are too many people who are unwilling but powerless.

Guo Ailun, who used to cry, is laughing and enjoying the victory at this time, and maybe at some point in the future, the players of the Guangsha team will also be able to win the championship trophy.

Congratulations to the boys of the Liaoning men's basketball team, and I also look forward to the young people of Guangsha. This season of CBA has come to an end, but the story about basketball will not end.

Victory, defeat, laughter, tears, this is the charm of basketball.