Liverpool beat Villarreal 2-0 in the semi-final first leg of the Champions League on April 27, 2022. The English club will try to maintain this lead on May 3 in Spain, in the second leg. 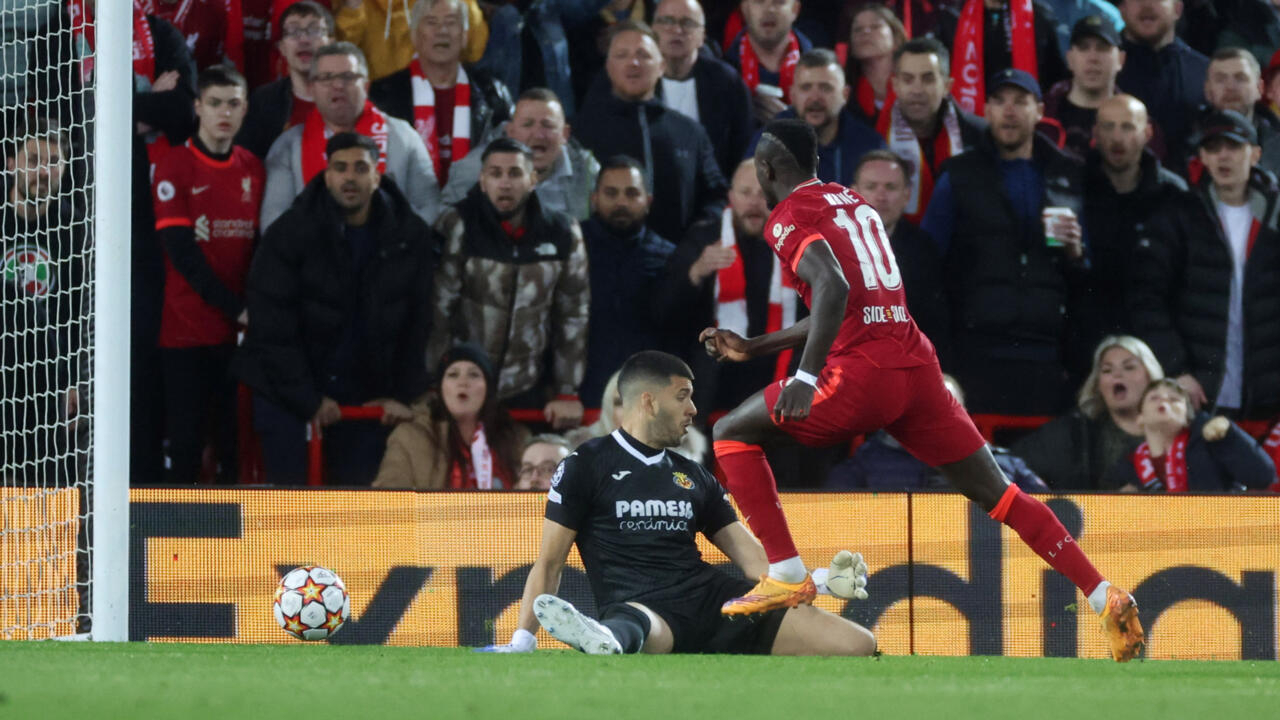 Senegalese Sadio Mané, scorer with Liverpool against Villarreal, in the semi-final first leg of the Champions League.

Liverpool beat Villarreal 2-0 in the semi-final first leg of the Champions League on April 27, 2022. The English club will try to maintain this lead on May 3 in Spain, in the second leg.

Liverpool – Villarreal did not offer the same spectacle as Manchester City – Real Madrid, the other semi-final first leg of the Champions League (C1) won the day before by the Citizens 4-3.

The fault, in part, of the Reds who lacked for more than one period of efficiency and luck, this April 27, 2022.

Illustration in the 22nd minute when the English midfielder Jordan Henderson sends the ball on the base of the opposing left upright and especially in the 41st minute when the Brazilian midfielder Thiago Alcantara sends a superb shot on the right edge of the Spanish cage.

Frustrated, the local players are not discouraged.

Luck finally smiled on them, shortly after the break: Henderson indeed found the fault on a cross deflected by Colombian defender Pervis Estupinan who scored against his side.

The trajectory of the ball surprises the Argentinian goalkeeper, Geronimo Rulli: 1-0, 53rd.

The valves then open.

On a small through pass from Egyptian winger Mohamed Salah, Sadio Mané slipped the ball into the back of the net: 2-0, 55th.

The Senegalese, who had missed several big chances in the first half, is catching up.

In the 64th, a goal scored by defender Andrew Robertson was invalidated for offside, like that of Brazilian midfielder Fabinho in the 50th.

For Villarreal, dominated in all areas of the game, the addition could therefore have been heavier.

On May 3, the Spanish club will still have a real chance to reverse the trend.

But we will have to do a lot more during this C1 semi-final return.