Almost about to take off for Tel Aviv, Gabriel Deck yesterday received confirmation of his negative for covid and joined the Real Madrid expedition that today (20.05... 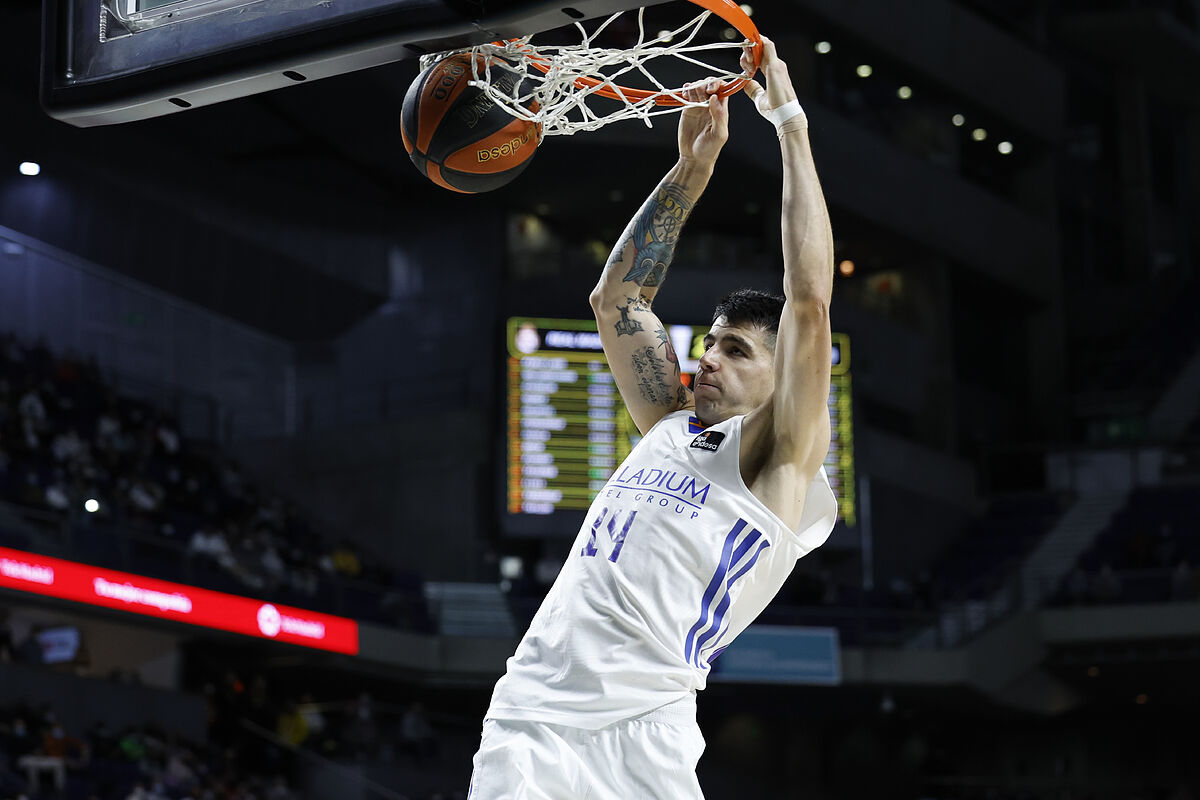 Almost about to take off for Tel Aviv,

yesterday received confirmation of his negative for covid and joined the Real Madrid expedition that today (8:05 p.m., DAZN) or Thursday will seek to seal the ticket to the Belgrade Final Four.

With his arrival, the worst streak of results in years.

And his untimely leave due to coronavirus has coincided with white's awakening to the beast in the quarterfinal series against Maccabi.

His performance has been, overall, as great as anticipated.

That is why Deck, who had his return to Madrid so clear and determined that he went to live a few meters further from where he did until April 2021, turns this paradox around, which, at the same time, spurs him on.

Everything in his return from the NBA has been strange.

It was known at the beginning of the year, as a Christmas present.

, after his sad but juicy (economically) time with the Thunder, was going to return to Madrid.

A luxury reinforcement that became official on January 19.

The next day, the Argentine was already on the field, nine minutes in Berlin against ALBA.

Just four days later everything was going to go wrong.

Deck was a luxury, a guy in his prime, a renegade from the NBA, where he had left when he was already the support of everything else.

More wood to a team that, at that point, dominated without symptoms of the crisis that was to come.

Against ALBA it was the 10th career win for the leader in both the ACB and the Euroleague.

"Important in the locker room"

But four days later it was going to be the beginning of chaos: Barça visited the WiZink, where they won again, to turn their eternal rival upside down.

To suddenly show all his weaknesses.

16 losses in 25 games, never seen before, including the Cup final in Granada.

Including the schism that ended with

A cause-effect relationship could be established: Deck arrived and everything went to hell.

But, except for some physical problems as soon as he arrived that made him miss some games before the Cup (including the quarterfinal against Breogán), the Argentine's game has been so outstanding, so above the white average, that, obviously, the problem was not him.

Although his readaptation was gradual, more so with the injury, Deck has been increasing his performance until he became, together with

Nobody plays as much as him.

In Istanbul, a few days ago, he played 40 minutes, a rarity in modern basketball.

"Every day I'm better and happy to pick up the pace and get into the team, which was costing me", he assured then.

He is also throwing more efficiently than ever.

The percentages of two of him are above 60% and those of three, where his years of work was noted -despite the fact that his mechanics are still far from the standards of elegance and speed-, at 42.8 %.

His versatility, his defensive ability and his competitive spirit have made him indispensable, as he was before he fled to the Thunder.

But, nevertheless, the equipment does not carburize:

And that's why Deck, who now feels more transcendent than ever - "he feels that he has to be important in the locker room too," say those around him - has his pride hurt.

Because also, in the tips of his fingers, was the tray that could change everything.

In the outcome of the Cup final, his powerful penetration against

, lacked the flutter of a butterfly to not enter.

It would have meant the tie at 61 with 22 seconds to play and who knows...

And, as if to curl the loop, against Maccabi he was not missed too much.

A matter of spaces or pure chance, Madrid found the right thing, signed two of its best games of the year, broke its losing streak and glimpsed Belgrade.