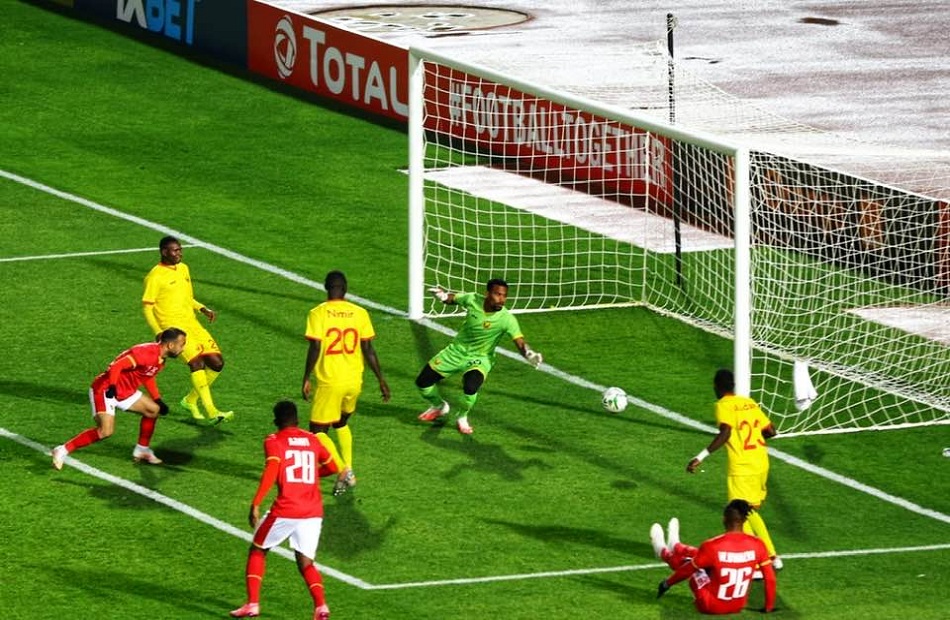 A video leaked on social media and in one of the Ramadan sessions of the vice-president of the Sudanese Mars Club, Mohamed Sayed Ahmed, in which there was talk of an agreement between the president of the Sudanese Mars Club, Hazem Mustafa, and Mahmoud al-Khatib, president of Al-Ahly Club, caused controversy in the Egyptian sports street, while Mars was playing its match. Against Al-Ahly of Egypt in the group stage of the African Champions League, at Al-Salam Stadium in Cairo.

And the club’s vice-president revealed that Al-Mars’ loss back and forth came after an agreement between the Sudanese Mars president, Hazem Mustafa, and the Egyptian Al-Ahly president Mahmoud Al-Khatib, to host Al-Salam Stadium in Cairo for Al-Ahly Club, all Mars training and the team’s matches in the African Champions League without paying sums of money for those hosting.

It is noteworthy that Al-Ahly managed to reach the quarter-finals of the Champions League after being runners-up to Sun Downs in the first group, while Al-Marikh bid farewell to the competition early by occupying the last fourth place in the group. He will play Algeria's ES Setif for a ticket to the final match.

The video leak came to the Sudanese Vice President of Mars, Sayed Ahmed, while attending a Ramadan breakfast table, last Friday, at the home of the historical leader in Mars, Mohamed Elias Mahjoub, as reported by Egyptian and Sudanese newspapers and media.

And the Sudanese vice president of Mars said in the video: “There was controversy about the benefit that we will derive from our team receiving Al-Ahly in Egypt instead of Sudan, in the group stage of the African Champions League this season, but we received promises that Al-Ahly will beat Al-Hilal of Sudan and Sun Downs of South Africa back and forth. And he gives us points for one of the two matches that we will play with him in Cairo, in addition to Al-Ahly giving Mars a gift of two professional players and free hosting if we agree to play in Egypt, and we agreed because of those temptations.”

Mohamed Sayed Ahmed added: "When the time for the transfers came, those promises were not fulfilled, and after our first defeat from Al-Ahly, I entered into an argument with the president of Al-Merreikh Club Hazem Mustafa in the match stadium, that those promises made to us by Al-Ahly did not happen."