The Moroccan Berkane and the Egyptian Pyramids will have a very difficult task to reach the semi-finals of the African Football Confederation Cup. 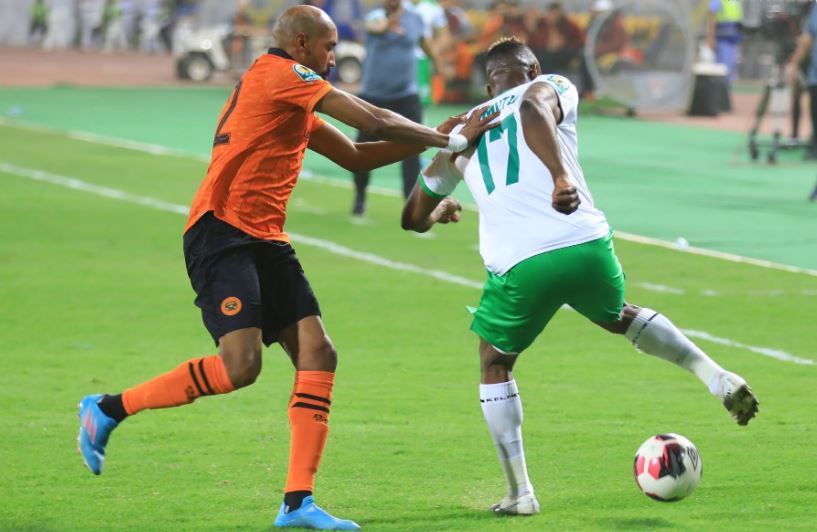 The Moroccan Berkane and the Egyptian Pyramids will have a very difficult task to reach the semi-finals of the Confederation Cup, as the first is looking to overturn its 1-2 first leg delay against the Egyptian Port Said when it hosts it at the Municipal Stadium of Berkane on Sunday, and the second when it comes to Congolese Democratic TP Mazembe In Lubumbashi, after their 0-0 draw in Alexandria.

The confrontation between the two Libyan football poles, Al-Ahly Tripoli and Al-Ittihad, is renewed after the negative first leg, while Simba of Tanzania will meet with its South African host Orlando Pirates, as the latter aspires to compensate for its 0-1 loss in the first leg.

And the Moroccan-Egyptian confrontation is renewed again after the meeting of Raja and its guest Al-Ahly yesterday in the quarter-finals of the African Champions, where Al-Ahly qualified for the semi-finals.

In the first match, RB Berkane neglected to return with a positive result in the first leg, especially since Al-Masry played with nine players for about half an hour, before grabbing the winning goal in the last minutes with a free kick from Tunisian Haitham Al-Ayouni.

The orange team is looking to exploit the ground workers and the public to overturn the result, and its Congolese Democratic coach seeks to save himself from the guillotine of dismissal after the team's results declined.

Ibinge considered that losing against a team that completed the match with nine players was unacceptable and criticized his players for the performance they gave.

The team seeking its second title after 2020, will play the match in the absence of the Mauritanian Adama Ba, Maad Fakak and Mohamed Farhan, while the responsibility will be on the rest of the players, especially the veterans such as Al-Arabi Al-Naji, Mohamed Aziz and Omar Al-Nusmari.

The Tunisian coach for the Egyptian team, Moeen Al-Shaabani, misses the efforts of the duo Amr Moussa and the Tunisian Elias Al-Jelassi to be suspended after they were expelled in the first leg.

The qualifier will meet the winner of the Pyramids and Mazembe match.