&nbsp;Bayern Munich succeeded in winning the German Football League title (Bundesliga) for the current season, after beating its guest Borussia Dortmund 3/1, today, Saturday, in the 31st stage of the competition. Bayern Munich raised its score to 75 points in first place, 12 ahead of it Point about Dortmund 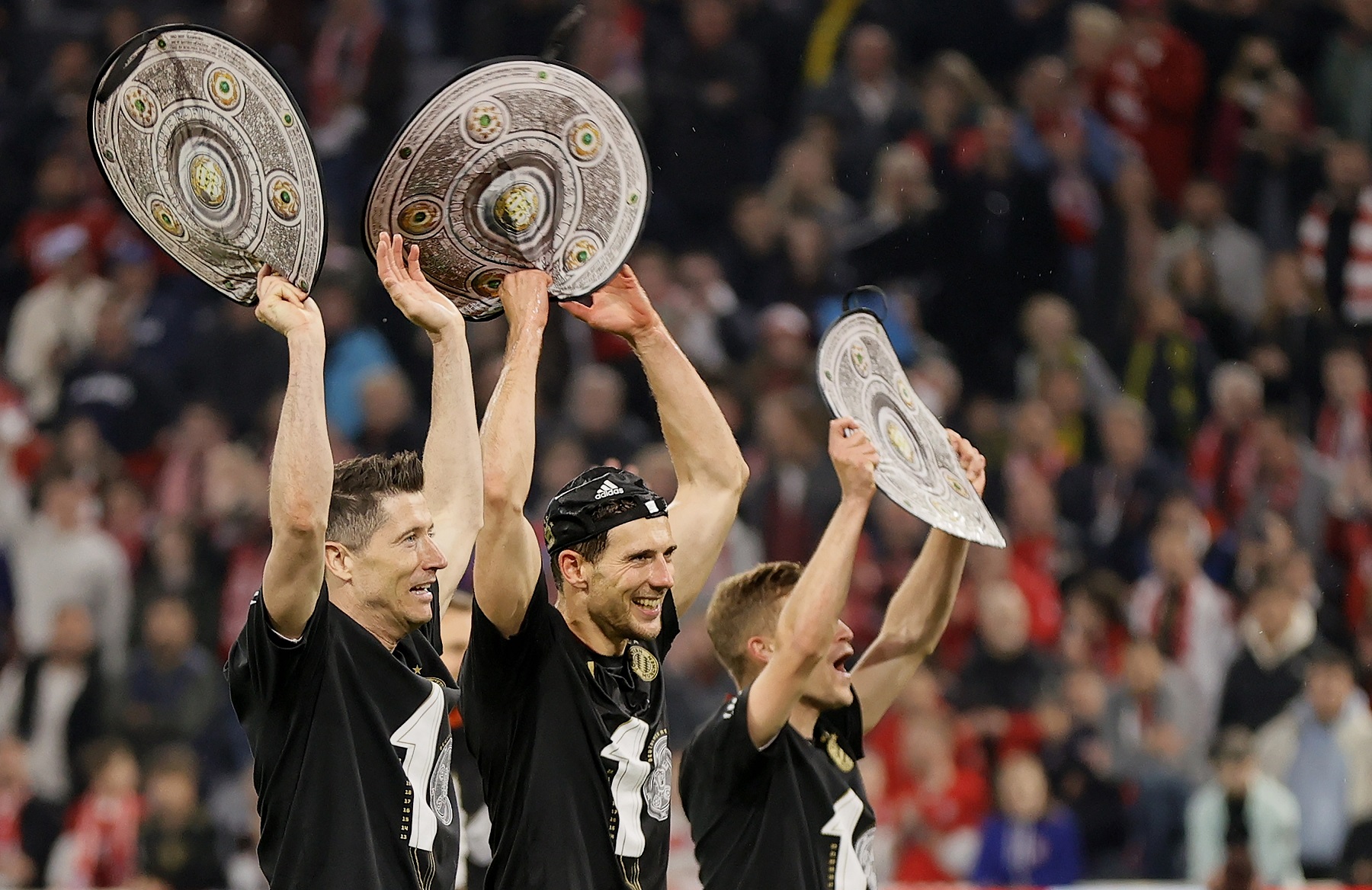 Bayern Munich managed to win the German Football League (Bundesliga) for the current season, after defeating its guest Borussia Dortmund 3/1, today, Saturday, in the 31st stage of the competition.

Bayern Munich raised its score to 75 points in first place, 12 points ahead of second-placed Dortmund, before the end of the season in three stages.

Bayern confirmed its eligibility to lead German football, after winning the title for the tenth consecutive season, and number 32 in its history, to compensate its fans for the European failure, after the team was eliminated from the quarter-finals of the European Champions League by Villarreal, and also exited the German Cup after a crushing loss against Borussia Moenchengladbach 0/5.

The 2011/2012 season was the last season to witness the crowning of a league title other than Bayern Munich, when Dortmund managed to win it under the leadership of its coach at the time, Jurgen Klopp, the current Liverpool coach.

Bayern Munich also succeeded in achieving the fifth victory in a row, after defeating Union Berlin 4-0, Freiburg 4-1, Augsburg 1-zero and Armenia Bielefeld 3-0, and its last defeat in the competition dates back to mid-February. Last, when he lost 2/4 to Bochum.

Bayern advanced in the 15th minute through Serge Gnabry, before Robert Lewandowski added the second goal in the 34th minute.

In the 52nd minute, Emery Kahn scored the only goal for Dortmund from a penalty kick, while Jamal Musiyala secured the third goal for the Bavarian team in the 83rd minute.