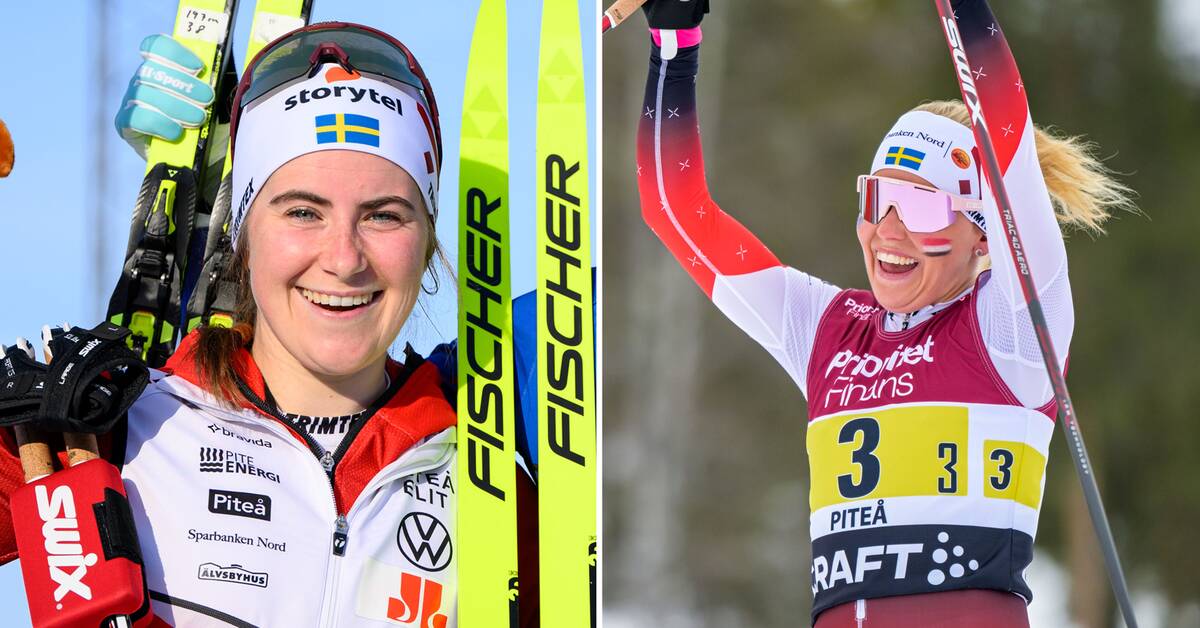 The sprint relay races on Thursday were the last Swedish Championship competitions this season.

Ebba Andersson had the lead at the fifth change, chased by IFK Mora's Anna Dyvik.

A bit behind was Maja Dahlqvist.

But it was a difficult last leg for Anna Dyvik.

Andersson was able to pull away and kept the lead and went to the finish line as the Swedish Championship gold medalist together with Lisa Vinsa.

- The tactic was to really try to tire out the ones I had on my stretch, there are many who are sharp on sprints and sharp finishers.

I just thought I would set the pace and it will take its toll in these conditions, says Ebba Andersson in Sportexpressen's live broadcast.

- I just laughed, I thought it was so fun.

Stina Nilsson competed with Anna Dyvik and finished second in her comeback as a cross-country skier.

The last time Stina Nilsson ran a competition as a cross-country skier was on December 28, 2019, in the Tour de Ski.

Tight settlement on the men's riot

In the final on the men's side, IFK Umeå was able to pinch the gold, with Eric Silfver and Simon Karlsson.

The sprint relay races were the last Swedish Championships this season.