CAN-2023: the playoff groups are known

The draw for the qualifiers took place in South Africa on Tuesday and divided 48 African teams into 12 groups. The 24 who qualify will face off in Ivory Coast in June 2023. 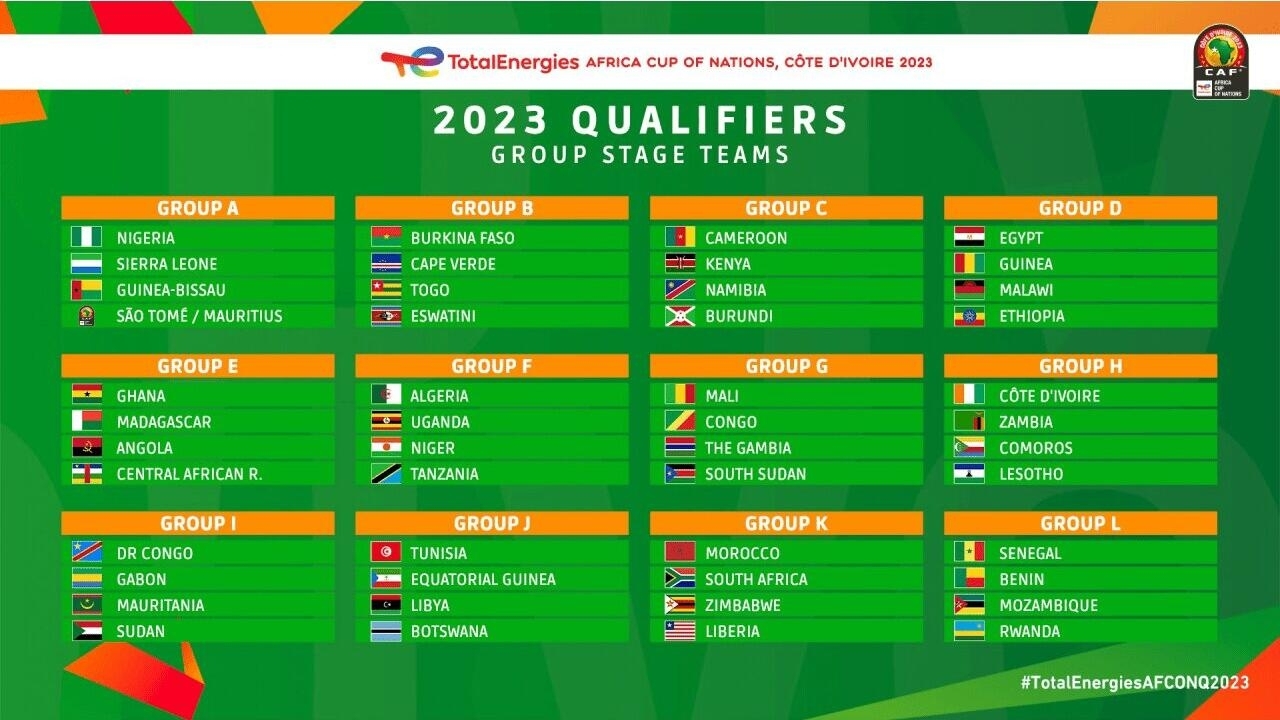 The page for the African Cup in Cameroon is turned, the road to the CAN in Côte d'Ivoire is already open.

The two best of each group will get their ticket for the next edition of the CAN.

The whole continent was involved in this draw, with the exception of the six countries eliminated in the preliminary round: Mauritius, Djibouti, Seychelles, Somalia, Chad and Eritrea.

The teams were divided into four pots according to the FIFA ranking established on March 31, so that the big nations of the continent did not meet.

This did not prevent the DR Congo from being placed in the group of Gabon, Senegal from finding Benin on its way and Mali from finding the astonishing Gambia, already faced in Cameroon.

Note that in its capacity as host country, Côte d'Ivoire is already qualified for the competition.

Comoros, Zambia and Lesotho will compete for a single ticket in Group H.

The playoffs will begin on May 30.

Here are the #TotalEnergiesAFCONQ2023 groups 👇

Who will go to the final?

* The fate of Kenya and Zimbabwe, suspended by Fifa on February 24 for political interference, remains up in the air.

If their suspension is not lifted two weeks before the first day of the playoffs, these selections "will be deemed losers and eliminated from the competition".

Groups C and K would then consist of three teams with a single elimination.