Tunisia and Libya are in one group in the African Nations Cup qualifiers.. Learn about the confrontations of the rest of the Arab teams 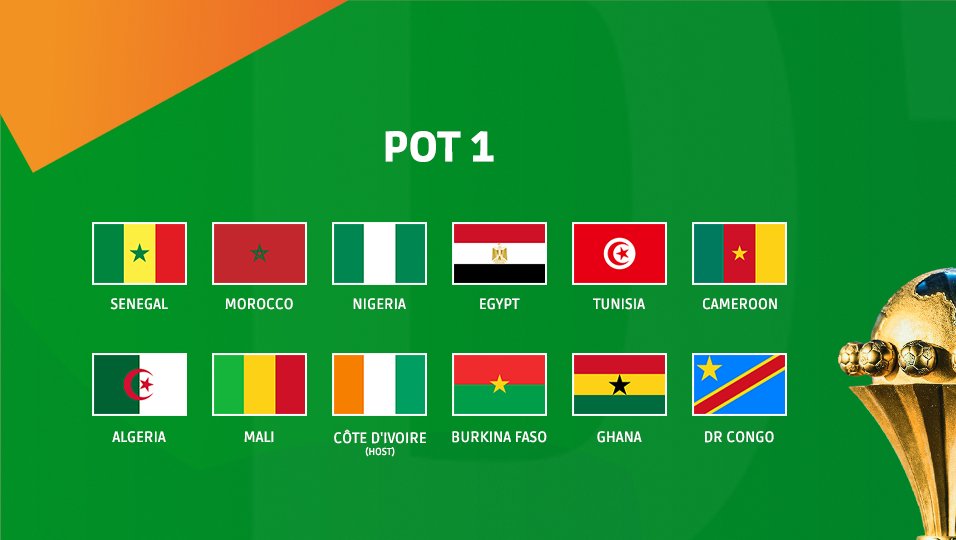 Tunisia and Libya are in one group in the African Nations Cup qualifiers.. Learn about the confrontations of the rest of the Arab teams

The draw for the African Nations Cup qualifiers resulted in Tunisia and Libya in one group, and Mauritania and Sudan will compete in one group, after the draw was made in South Africa on Tuesday.

Tunisia and Libya have the opportunity to qualify together for the finals to be held in Ivory Coast next year, where the first two teams from each group qualify for the continental championship.

It is not expected that the big teams will face any difficulties in qualifying, as the draw was held in a tiered system, according to the classification of the International Federation (FIFA) on March 31 last.

The Moroccan team may have come in a relatively stronger group by playing with South Africa, Zimbabwe and Liberia, but the Arab team, which secured its place in the 2022 World Cup in Qatar, is expected to qualify.

In addition to Ivory Coast, one team will qualify from Group H, which also includes Zambia, Comoros and Lesotho.

Ivory Coast is participating in the qualifiers but will qualify even if they are not in the top two places.

Defending champion Senegal will play in Group 12 with Benin, Mozambique and Rwanda.

The draw was as follows:

* Kenya and Zimbabwe will be excluded from the qualifiers if FIFA decides to maintain the sanctions imposed against them.

The qualifiers will start in June.