The work of 'Sergeant Pintus' in Madrid: 16 goals at the buzzer and 20 fewer injuries

The Real Madrid coaching staff could not believe the data when they consulted it. At 36 years old, on his way to 37, Modric had exceeded the 11 kilometers traveled against... 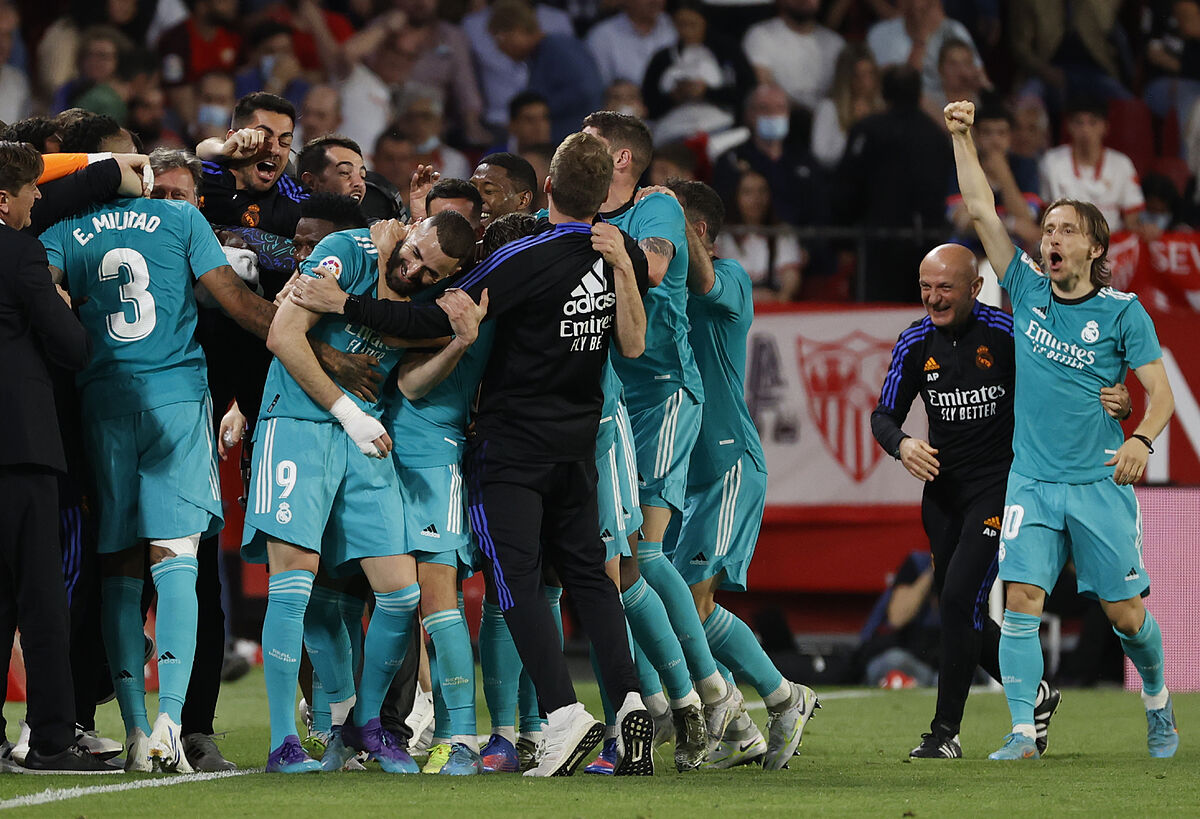 could not believe the data when they consulted it.

120 minutes in which the Croatian, like the rest of his teammates, grew as the clock drew closer to the end.

A constant this season that has reached its zenith in recent weeks, just when

's team needed it most .

, all eyes are on the same person:

" during the preseason and "

» during the course to prevent soccer players from forcing and thus control the plague of injuries that have weighed down other seasons.

, was the best example.

When in 2021 a squeezed Madrid fell at

in the Champions League semi-finals, the name of Pintus kept appearing in the minds of the board.

left the bench, the return of the Italian, at that time at

, should be the great signing of the summer.

Announced Ancelotti, Madrid hastened to release a statement about Pintus.

three European Cups in a

row also bore his surname, and whatever happens in these last weeks of the course, the high echelons of the Bernabéu already know that they have not been wrong:

Madrid is flying under his command

The last ten minutes are white

carried out after falling in the first leg against

, in which the players went back to work with the

they already used in July, the physique of the Madrid squad has passed over some of the most powerful teams of the continents.

The French suffered it in the quarter-final second leg, when Madrid made

(between 21 and 24 kilometers per hour) than they did, and

suffered it , who lifted the Champions League a few months ago based on a physical and vertical game.

At the Bernabéu, the whites covered

in extra time (35.4 kilometers compared to 35), including the high-intensity one, with

for Ancelotti's men and 938 for the Londoners.

, after the Champions League beating and with the only news from

He started the duel stiff, but ended up sweeping the Sevilla area to caress the title, something he has been repeating all season.

It is his work.

So far, he has scored 16 and only conceded two.

For comparison, in that stretch, Atlético has a scoring balance of 12-6 and Barça 14-7.

In addition, he is also the least scored.

If we extend the stretch to the

of each date, the statistic is

, an outrage that only the rojiblancos come close to: 19-7.

so far, they conceded little, but

made their data worse.

are white: that's where Madrid scores 68

(66 total already), with their first goal appearing on average in the

, the latest minute in the League alongside Real.

A fact that does not prevent them from being the

team in the championship with a six-goal advantage over Barcelona (60).

An exceptional physique and the logical talent of his squad do the rest.

The club's medical staff has also welcomed the arrival of Pintus.

Not counting the coronavirus, nursing has gone from

But it is not so much the quantity as the quality.

The seriousness of the problems is much less: they are

167 absences in the last league

this season, a figure that weighs on the shoulders of

Overcome the German's pubalgia months ago,

only worries about a spine that breathes after the problems in the months of April and May of last year.

five absences due to muscular problems

A blessing for any team that aspires to win the regular tournament.